Virginia Democrats and Governor Ralph Northam may have opened an even bigger can of worms than they intended with their rhetoric about enforcing proposed new gun control laws they pass. Over 90% of the state’s counties have signaled their #resistance by declaring themselves Second Amendment sanctuaries, most of which vowing not to enforce any new limits on gun rights enacted when Democrats take control of the legislature in January.

Recently, these flyers have been popping up around the Old Dominion . . . 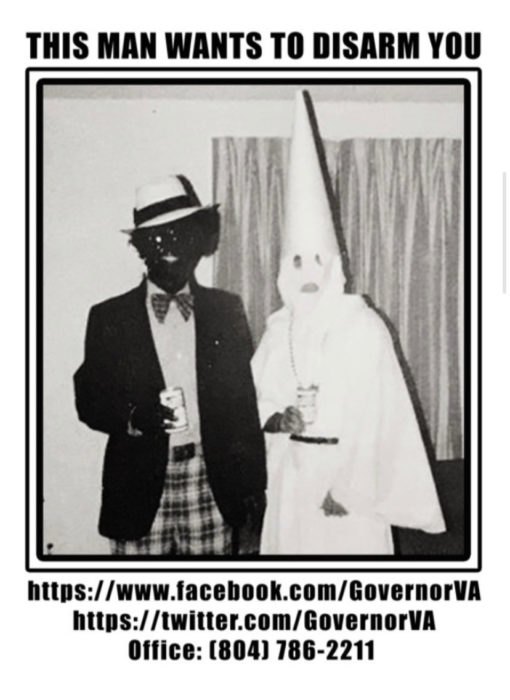 Some examples in the wild: Apparently one was tacked up in an area where an Antifa group noticed it. They posted this on their Facebook page:

We stand with working class and other marginalized people thathave the right to arm and defend themselves against a myriad of very real threats. Democrats are creating a very unsafe scenario for many in VA as tension across the state builds.

We do not believe the state exists to protect us.
We keep us safe. 🖤

One of their allies in the Tidewater area also shared, appealing to the authority of none other than Karl Marx in their view that the people shall not be disarmed.

Unlike your typical Second Amendment supporters, Antifa is known for their violent sneak attacks and protests (not to mention their fire-bombing of an ICE detention facility).

These are the same “anti-fascists” who harass drivers just going about their business (it’s not clear how they judge someone’s politics just by what they look like while in the driver’s seat of a car).

With Antifa lining up against Governor Northam and Virginia’s anti-gun Democrats over gun control, the law-abiding members of the VCDL and the Second Amendment sanctuary movement are the least of their problems.

I can’t recall the VCDL causing violence like any of the above examples. They’re professional, reasonable, and do things by the book.

Interesting times to say the least….