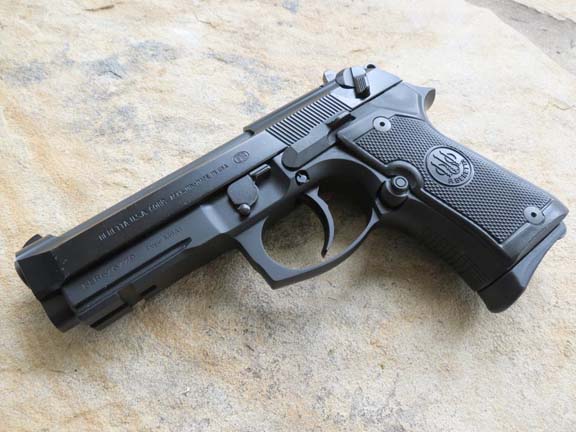 Not all that long ago, not knowing how to drive a stick shift was a statistical oddity. Plenty of automatic transmission cars were sold, but just about everyone learned to drive a car with a third pedal. Heck, it was even advantageous to have one; automatic transmissions usually had only three or four gears until the 1990s and a 5-speed manual got you marginally better gas mileage.

Then there’s the sheer fun of manually shifting gears. Nothing better than rowing gears on a back road, even if American carmakers didn’t seem to understand that whole “handling” thing until a few years ago (or that – in the case of Chevrolet – vehicles shouldn’t explode promptly at the 110,000 mile odometer mark).

Today, though, a manual transmission serves as a theft deterrent since almost no one under nobody under 50 knows how to drive them anymore.

Which brings us to the double-action trigger.

Up until the 1980s, there were precious few single-action pistols being made among manufacturers. There were 1911s, Browning Hi Powers, single action revolvers like the Colt SAA and its clones, and that was about it. (There were a few target pistols too.) Aside from that, double-action triggers were more or less the default layout.

Revolvers and semi-autos both had long trigger pulls, though semi-autos usually (except for DAO models) have the hammer cocked by the slide after each shot and therefore go into single-action after the first shot. This was advantageous from the standpoint that it prevented accidental or negligent discharges, which is also beneficial if carrying a pistol in a concealed carry holster.

Even police were well-served with the double-action trigger with fewer unintended discharges. But a long 10- to 13-pound trigger pull tends to result in firing only when it’s intended.

Today, however, the handgun market is dominated by the poly-striker pistol. Though technically not single-action (striker-fired pistols actually partially cock the striker when the slide is actuated, meaning they’re halfway between DA and SA) the plastic fantastics have light, short trigger pulls. Almost anyone can use one with ease.

Granted, a lot of those triggers are also rather “numb.” You just don’t get the feel with a striker-fired trigger you would from a revolver or old Smith & Wesson auto, a CZ 75 or a Beretta 92. It’s not the case (at all) that every DA/SA gun has an amazing trigger and the plastic guns are all bad. Quite the opposite in fact. It’s more that the longer, harder initial pull of a double-action gun requires a person to employ a bit of technique that a striker trigger just doesn’t, or at least doesn’t to the same degree.

Learning how to balance the clutch and the throttle on an incline is an art…though some people cheat and use the parking brake…as is gaining the sensitivity to know when the you’ve disengaged the clutch and can start accelerating. There’s a feel to it that’s impossible for someone who’s never driven one to appreciate. A manual also adds a certain something to the driving experience that an auto just doesn’t.

Similarly, a double-action pistol is something everyone should try, or better yet own at some point. You appreciate a short, light trigger pull even more and definitely begin to understand the importance of follow-through, something that matters a lot with a DA/SA pistol.

It was how our fathers and grandfathers learned to shoot, and just like the manual shifter, it’s becoming something of a lost art. However, there do appear to be just enough people out there who still prefer the old ways to keep both of them going.