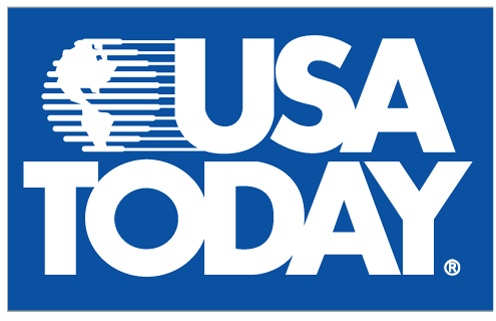 As Congress is moving legislation limiting the right to keep and bear arms, we’ve seen a flood of anti-gun propaganda in recent weeks. Those behind it want to get people to accept that there’s not only a need for gun control, but a dire one.

Before I get into who’s likely behind this and how they’re operating, I need to give readers a quick overview of what propaganda is and why it works. Only then can we see the current effort for what it is and learn to be effective in countering it.

What Propaganda Is and Isn’t

The word “propaganda” has a negative connotation. That with which we agree is never propaganda. That which we disagree is usually discarded as “just propaganda” and by that we usually mean “lies.” The reality is actually more complicated. Propaganda isn’t good or evil any more than a gun is. What matters is who is using it and what they’re trying to get the public to do.

At its core, propaganda repeating a simple, easily digested message over and over until it sticks. It works even better if you can connect the simple message to a symbol that mixes well with the myths a culture believes in (whether true or not). Propaganda is just techniques used to spread ideas and beliefs. The most effective propaganda doesn’t try to change our beliefs. That’s a tough thing to get people to do. Where most people are malleable is in their attitudes. That’s the real genius of things like “I believe in the Second Amendment, but….” followed by something meant to sow fear in the audience.

Getting people to change their belief in gun rights isn’t going to work, but getting them to get emotional and bend a bit without losing the core belief completely can be very effective.

This Almost Never Happens By Accident

When you start to hear the same thing over and over from different politicians, academics, and media outlets, don’t ignore it. What you’re seeing is propaganda, pure and simple. There are professional propagandists (who don’t call themselves that, of course) working in an office somewhere for a powerful interest who come up with these messages to share with the population. Sometimes skilled amateurs get in on it and spread the ideas. We call these “memes.” People on both the left and right do this. “Guns save lives” and “there are only two genders” are simple messages that people on the political right spread, and they can be very effective at transmitting the concepts.

Here’s a recent example of corporate news propaganda. In the video, we can see that the different news stations in different cities are all giving the same speech that someone at the corporate level ordered them to give.

Let’s take a look at some recent news coverage of guns.

All of the local newspapers running that headline are part of the USA Today network, owned by Gannett, GateHouse Media, and Japan-based Softbank.

If you look at USA Today papers in other markets, you’ll find an attempt to sail against the wind in places where mass shootings are down. For example: “Mass Shootings Fall in New Mexico, but Nation Faces Record High” “Heads, I win’ tails, you lose” isn’t a game you want to play with someone, unless you’re the one doing the winning.

When we see their attempt to have it both ways and spread an anti-gun message regardless of the facts, it’s obvious what they’re up to. Doing this during a push for federal gun laws is probably just a coincidence, right?

Another propaganda talking point that I’ve seen spreading in recent weeks is the claim that, “guns are bad for democracy.” One of The Truth About Guns‘ recent quotes of the day showed a good example of this. Instead of arguing that gun control laws promote public safety, civilian disarmament advocates are now spreading the idea that guns are a threat to majority rule and democratic decision-making. You can find a number of these at Google News.

Those of us who embrace the “Insurrectionary Theory of the Second Amendment” know that this is actually true. Pure democracy is a bad thing because the people who didn’t win the election would have no rights. There has to be a limit on the things that the majority is allowed to do if we want to have a functioning society and preserve human rights.

That’s why we have the Bill of Rights, separation of powers, checks and balances, federalism, two senators per state, and other measures that limit government power and draw lines that the majority’s representatives are not allowed to cross.

What they’re trying to insinuate is the opposite, though. They want to equate democracy with human rights and political freedom, and claim that a society with guns in private hands prevents freedom from flourishing. They don’t want people to think this all the way through and imagine the horrors of a nation with naked majority rule.

Those of us who understand that majorities can do very evil things know that it’s a good idea to have a “Plan B” of some kind.

The claims that “mass shootings are spiking” and “guns are dangerous to democracy” are simple. They’re being repeated over and over to get the idea to spread. Someone who’s likely working for Michael Bloomberg probably came up with both of them and distributed the talking points.

To counter this kind of propaganda, you can’t just say “Nuh uh!” or “Ackchually…” and stop there. Even when people know that something isn’t true, they’ll often keep sharing things that they think are good for their position. Almost no one cares about the truth, left or right, when it gets in the way of scoring political points or furthering their agenda.

To really defeat propaganda, you have to understand it so you don’t risk letting the enemy choose the field of battle. Worse, fighting propaganda without understanding it risks causes it to spread further. To understand it, you need to answer the following questions:

One thing that often proves very effective is to expose the source of the propaganda. When people know that USA Today’s owners are getting local papers to push basically the same story all across the country, the effects of the articles are minimized in the target audience.

Also, show people examples of obvious propaganda that targets a different audience than them. When they see how the game is played, it will be easier for them to see when it’s being played against them.

All by same authors, and during a push for more federal gun laws. pic.twitter.com/0qoHmrBlIy