I love guns. And coffee. Judging by the wide variety of Starbucks-knockoff patches, pins, shirts, etc. stating the same tells me I’m far from the only one.

Soldiers, too, have long had an affinity for those two lifesaving staples. Back during the Civil War, they were considered so indispensable that there was an attempt to combine the two. Collectors have come to know these experimental combinations as the “coffee mill” Sharps rifle. And, if you can find a real one, it can be quite expensive. 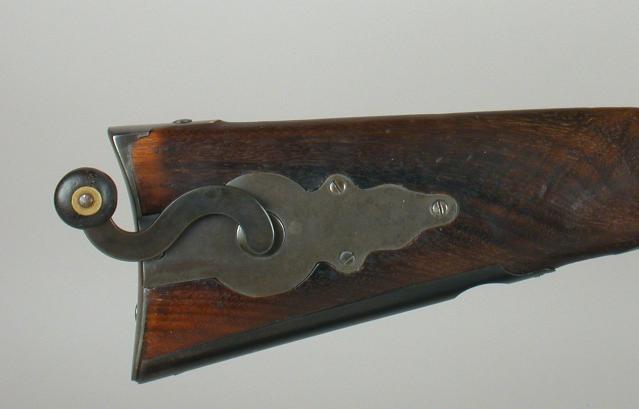 Lt. Col. Walter King, a soldier with a Missouri cavalry outfit, developed a grinding mill that could be incorporated into the buttstock of a Sharps carbine. History describes the purpose of the gun as follows: one man in each cavalry company was to be issued one of these guns and he would be responsible for grinding coffee for the men in his unit while they were living out of the saddle. The real purpose, however, was a little different.

In January 1865, King’s invention was tested and reviewed by the inspection board. It’s in these reports that we learn the gun was actually to be used to grind grain, not coffee. Unfortunately, there were a variety of problems with this concept.

First, if soldiers were lucky enough to stumble upon a sizable amount of grain while out foraging, chances are that it would have been near a mill that could be used to grind the grain in a much more efficient manner.

The next issue was compatibility. The mill was designed to work with a solid buttstock, meaning it couldn’t be adapted for use in a Spencer carbine because the magazine tube was located where the grinder would need to go.

The final issue was weight. Officials believed that if a soldier was going to have to add weight to his kit, it should come in the form of ammo, not a novelty grinder.

Nonetheless, some did make it into production. Exact numbers produced are unknown, but it’s believed that less than 100 were made and only a dozen or so survive today. Even so, these guns turn up every few years, often enough to lead you to believe that far more than 12 survive. That’s because the parts laid around the St. Louis armory until the 1920s when an employee started installing them in original Sharps carbines. As such, it can be very hard to confirm if an example is original or fake.

A number of years ago, the example at the Springfield Armory in Massachusetts was discovered with coffee grounds still in the mill when it was cleaned by museum staff. It was later learned that the leftover coffee wasn’t from the Civil War. Instead, it was from a more recent test done by the armory’s director who didn’t thoroughly clean it afterward. His test proved that the mill worked, but not well. A couple years ago, I had the opportunity to try it out for myself in a verified, original carbine. Much like the armory’s test, I arrived at the same conclusion: it works, but not well. (I made sure to do a better job cleaning it when I was done!)