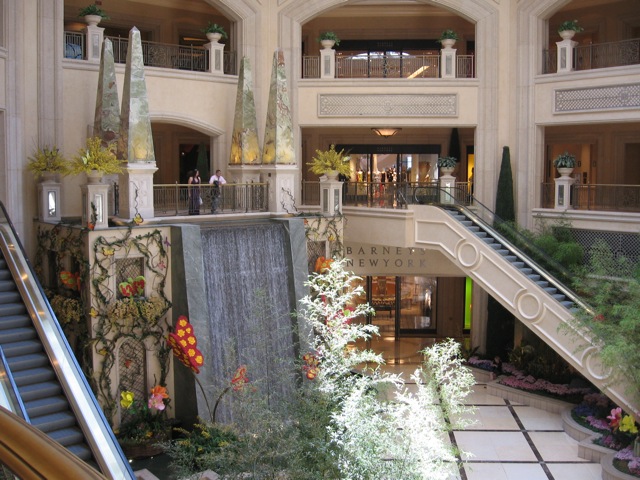 A high-end Italian gun maker will soon have an outlet on the Las Vegas Strip.

The Clark County Planning Commission has given the green light for Beretta to open a retail gun store and several indoor ranges inside The Shoppes at the Palazzo resort.  Beretta officials say customers won’t be allowed to bring their own firearms or ammo to use in the shooting range.

A grand opening is scheduled for later this year.

I know what you’re thinking: a gun store and shooting range on the Las Vegas Strip, where vacationers proudly drink on the sidewalks and ‘Public Sobriety’ is a ticketable offense?

If you’re worried that this Beretta Boutique will be overrun with hordes of sunburned, coctail-swilling Spring Break revelers, you can stand down. ‘The Shoppes’ inside the Venetian/Palazzo complex is a travertine-tiled labyrinth of tres chic boutiques selling outrageously expensive stuff like Montblanc pens, Coach bags, Jimmy Choo shoes and Lamborghinis. All with security so tight and pervasive you don’t even know it’s there, unless you’re a moron and try to nick something.

Since most Palazzo Shoppe-ers will be visiting from out of state, cash-and-carry transactions will be infrequent if they occur at all. If you’re spending serious time at the Venetian, however, you can probably afford the shipping and transfer fees to your local FFL guy back home.

And about those prices? If you have to ask, you can’t afford them. I don’t think the Space Shuttle Discovery I saw last week at the Smithsonian ever soared higher than the retail markup in The Palazzo. I couldn’t even afford a refill cartridge for my battle-scarred and decades-old Montblanc ballpoint when I took my wife to Vegas for a few days before the SHOT Show last January.

So it might be out of the reach of mere mortals like us, but it’s nice to see firearms going even more mainstream and upmarket. A fine Beretta shotgun is so dazzlingly lovely that I’ll bet even George Clooney wants one, if he doesn’t secretly have one already.