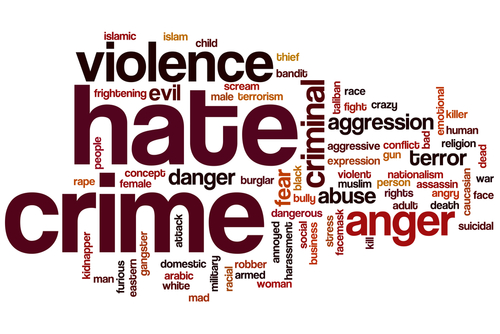 “I personally met with the department’s senior leadership and the civil rights division to discuss a spate of murders around the country of transgender individuals,” US AG Jeff Sessions told the 2017 Hate Crimes Summit in Washington, D.C.

I specifically directed that the files of these cases be reviewed to ensure that there is no single person or group behind these [firearms-related] murders, or to what extent hate crime motivation lies behind such murders. I receive regular updates on the status of that review.

The LGBTQ community is in the uncomfortable position of having to cheer the Trump Administration for its proactive stance on “hate crime.” Yes, well, what’s the big deal about “hate crime”?

Is hate crime any worse than crime crime? Shouldn’t all crime be treated equally? Or do we want to spend federal dollars protecting special classes of people, to investigate not only the crimes criminals commit, but their motivations as well?

Apparently so, thanks to the Hate Crimes Prevention Act (an expansion of the 1969 United States federal hate-crime law). From 2010 through 2012, the Act allocated $5 million per year to pay state and local agencies to investigate and prosecute hate crimes.