The Russian ambassador to Turkey, Andrey Karlov, was gunned down by an off-duty Turkish police officer as he spoke at an art exhibition earlier today. The assassin was identified as Mevlut Mert Altintas. The US Embassy in Ankara has been placed on lockdown.

The pistol used by Altintas is clearly visible in the photo below. The pistol appears to be a Sarsilmaz K2P 9mm Turkish police model. 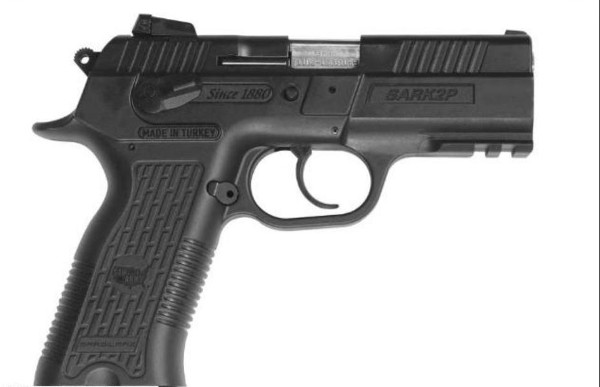 The K2P has a standard capacity of 16+1 rounds. It uses the CZ 75 type internals and inside the frame rails and is imported into the U.S. by EAA.

Update: an excellent candidate for the pistol appears to be the Canik TP9,  domestically produced in Turkey and imported to the U.S.  by Century Arms.