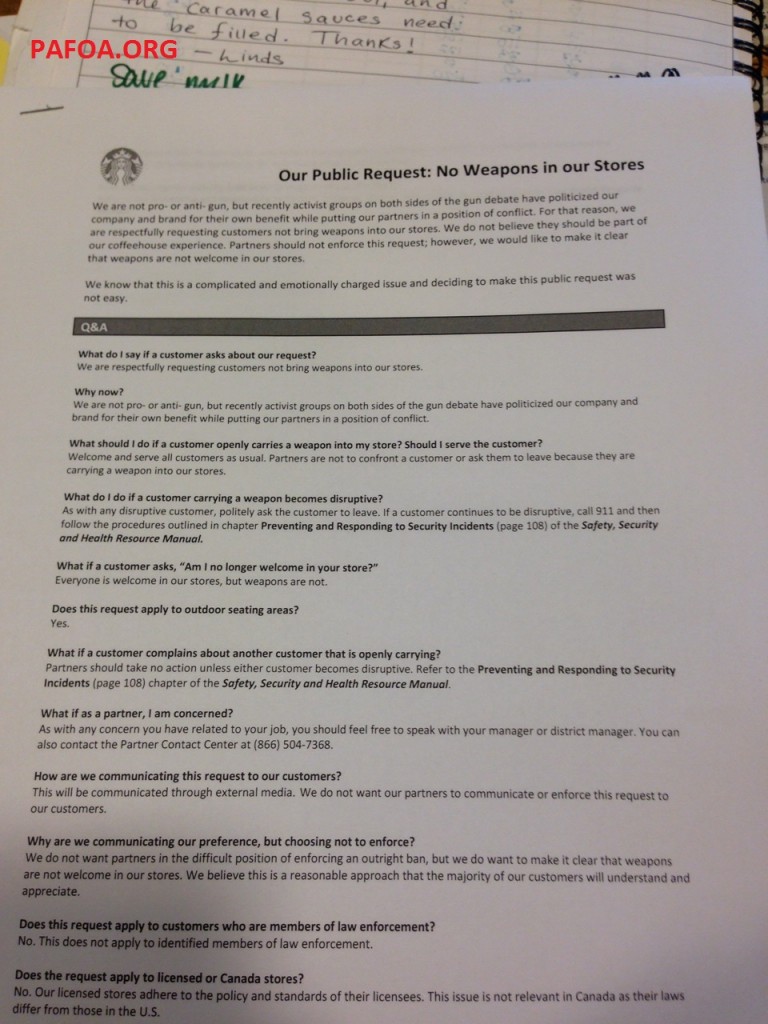 Our friend at gunssavelife.com, John Boch, has just posted a notice at the org’s site announcing that Starbucks has caved to the shrieking of Shannon Watts and Moms Demand Action and have banned guns in their stores. He’s attached a photo of a notice to their employees, above, (h/t pafoa.org) entitled Our Public Request: No Weapons in our Stores.

Reading the notice, however, it appears that Starbucks is attempting to split the baby here. While their policy is that guns will not be welcome in their stores, they don’t intend to enforce it. The proof of the pudding, though, will be whether or not they post notices (in accordance with local laws in various states) that would carry the force of law.

Reading between the lines, it doesn’t sound like that’s the intent. Still, feathers will be ruffled. We’ll try to contact Starbucks tomorrow for clarification. Watch this space.