Shortly after I started traveling into rural Australia, I found people willing to talk to me about firearms. When they learned I write about guns, they were happy to have a conversation.

When I boarded my train to Quirindi, New South Wales, a bit over 200 miles from Sydney, my seat mate and I were of the same generation. She told me her father had taken her to the range and taught her to shoot pistols. She had shot revolvers and later a semi-auto.

The Port Arthur massacre was the spark used to pass Australia’s extremely restrictive federal gun laws. The resolution to override state gun laws was agreed to a few days later, on May 10th.

The details of the plan, though, had been created far earlier. There was intense pressure from the media and Prime Minister John Howard (who hated guns with a passion) to pass “sensible gun laws.”

Almost overnight, Australia went from a country with middle-of-the-road gun rights, varying considerably from state to state, to a nation with extremely restrictive gun laws.

Hundreds of thousands of guns were turned in to the government, paid for, and destroyed. There were new uniform national registration requirements and waiting periods. Airguns and replicas were classified the same as real firearms.

All guns had to be locked up and unloaded, with ammunition stored in a separate place, also locked up. Most crucially, no one was allowed to legally own a firearm without stating a necessary purpose (self defense is not considered a necessary purpose).

My seat mate thought it a shame her children and grandchildren could not experience the same things she’d experienced growing up. The current generation is being taught to fear guns. She did not have hope for change in a positive direction.

We arrived in Quirindi on time. My friend, Curtis Eykamp, was there to greet me. We had met in Yuma while he was doing experimental agricultural work.

Curtis took me to the farm that his father, Roy, had built. Roy is 99-years-old and still quite clear-headed. He tells fascinating stories of shooting and hunting.

Curtis’ brother, Don, drove into the farmyard shortly after we arrived. He began talking about the problems created by Australian gun control, asserting that The Land Down Under’s “sensible gun laws” were anything but sensible.

He’s been at risk in a firearms case concerning “safe storage” for more than two years. The case did not receive much publicity. More than 50 firearms were seized, most of them high dollar collectible Winchesters. The vast majority were super grade pre-1964 model 70 rifles, with some original Colt cap-and-ball revolvers. (Australia doesn’t require registration for antique black powder revolvers.)

Most of the guns were in two safes, but the doors were open. A third safe was locked. Donald said he’d opened the safes that morning to take out a few rifles to zero them for hunting, changing scopes and adjusting the sights.

It was the end of irrigation season. After weeks of hard work, he could take some time off. He took five minutes to go down to the pivot pump and shut it off. When he returned, the police were in the yard.

A district court ruled the guns should not be destroyed, but should be transferred to a dealer, with the proceeds returned to Donald.

He could no longer possess firearms; his license was immediately canceled. Donald Eykamp has paid $18,000 (Australian) in civil fines.  There are no criminal charges before the court.

The police appealed the ruling, claiming that more than a $150,000 (Australian) of highly collectible firearms and high dollar scopes should be destroyed, along with the cap-and-ball revolvers.

As we ate supper, Roy told stories of hunting wolves from an airplane in Canada in 1954. We retired for the night. 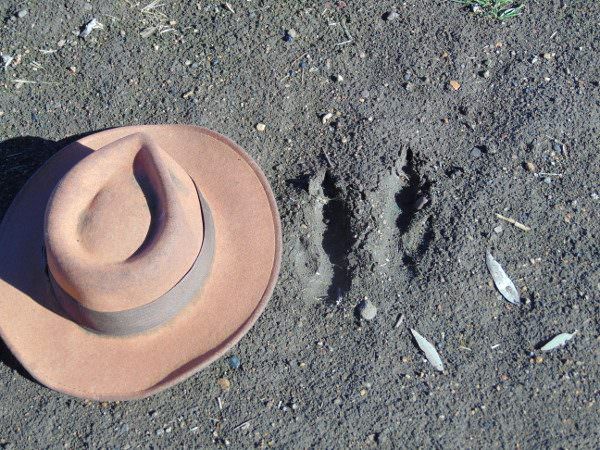 The political problems of firearms and regulation in rural Australia are similar to those in New York. Large metropolitan areas have most of the votes and media influence…and few firearm owners. Rural areas have firearms, but not many votes. Australia has no Second Amendment.

Leaving a safe open for a few minutes while you travel to shut off a pump on your own land doesn’t present much risk on an isolated farm where the only occupant is a prosperous, 72-year-old bachelor farmer.

But “sensible gun laws” are seldom applied “sensibly.” Crime is virtually never committed with high dollar, high grade Winchester rifles topped with the finest European scopes. Cap-and-ball revolvers aren’t much of a problem when gangs are manufacturing submachine guns for their own use.

Rural Australians are paying the price for former Prime Minister John Howard’s hoplophobia, and city dwellers only too ready to sacrifice their liberty for the dream of security.