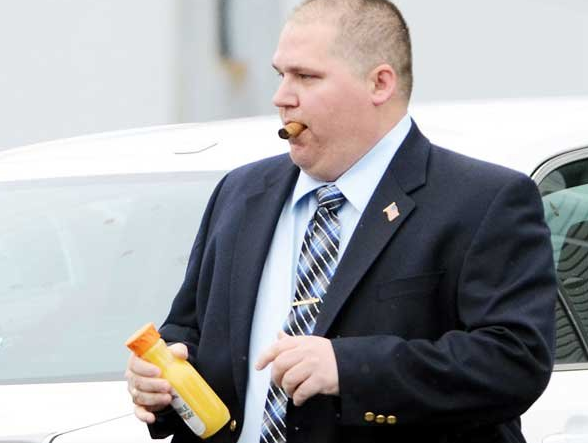 “Despite impassioned pleas from family and friends of former Marcus Hook Mayor James Schiliro, a Delaware County Court judge on Monday sent him to jail,” philly.com reports. “Schiliro was sentenced to 10 to 20 months for an alcohol-fueled episode last February in which he had a police car bring a former neighbor – a 20-year-old [male] to whom he said he was attracted – to his home, made him drink wine, and refused to let him leave for 3 1/2 hours. During the encounter, Schiliro threatened to kill himself and fired a gun into a stack of papers. The man eventually left and later called police.” . . .

Schiliro was convicted of recklessly endangering another person, unlawful restraint, false imprisonment, official oppression, and furnishing liquor to a minor . . . Judge James F. Nilon evidently was not moved by the testimony from Schiliro and his family members. ‘I don’t think you appreciate the seriousness of the nature of the behavior that you engaged in,’ Nilon said.” Duh. Schiliro was a member of the Mayors Against Illegal Guns. [h/t MT]