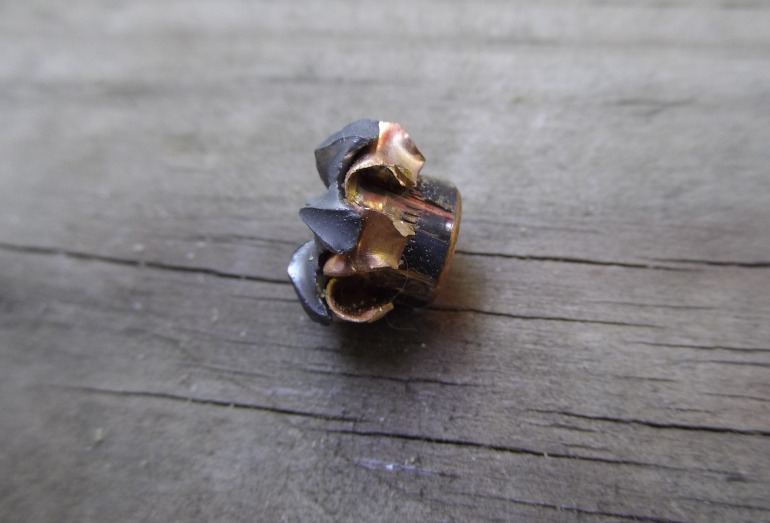 SIG SAUER recently released a line of ammunition to go with their fantastic new P365 9mm pistol, aptly called the 365 V-Crown. This load is consists of a jacketed hollowpoint that SIG describes as being ‘optimized for CCW. In this ammo review I test it in a couple different guns and see how it functions against gel, fabric, and barriers.

General Background:
Earlier this year SIG came out with a variety of options for their ever-expanding micro pistol line and this new personal defense ammo was among them. Having tested a huge number of 9mm loads over the course of my career, including SIG’s other V-Crown loads, I was eager to put this new one through its paces.

The load itself consists of a 115gr bullet and a nickel-plated case. This by itself isn’t new or original, but it’s a reliable combination that proved to be just that in the course of my testing.

SIG sells 365 V-Crown in a slick looking black box with metallic silver lettering. I dare say that it’s some of the most attractive and interesting packaging I’ve seen recently while also being the most simple. The list price for a 20-round box on the SIG website is $20.95. Accuracy and Basic Performance:
I tested this new load in two pistols, a SIG P365 and a GLOCK 19X. The claimed velocity for the load from a 3.1” barrel is 1050fps. My testing showed that it was a bit faster at 1070fps out of the P365 and a marginally quicker 1091fps from the 19X.

These numbers aren’t to say the maker is incorrect. My testing was done on a fairly warm 85 degree day over my Oehler 35P chronograph, although it was much hotter than that in the direct sunlight. Pistol rounds easily vary by this much depending in gun and temperature. In total, I fired fifty rounds over the chrono and found that the load was pretty damn consistent.

The accuracy I was able to generate was very good with ten-shot groups. The P365 averaged groups of 1.5” at 15 yards and 2.75” at 25 yards. The 19X produced much better groups, those being 1” and 2” respectively.
In the course of testing I experienced no feeding issues in either host gun. Recoil was quite low in both and follow-up shots were very fast. I liked that it was both very accurate and very easy to shoot. Many types of ammo out there that are designed for short barrels are too powerful or not powerful enough, but this was a perfect middle ground.

Ballistic Performance:
I received a 10% FBI gel block from Clear Ballistics for this section of my testing. The load was fired out of the P365 at a range of ten feet to simulate a CCW encounter. The bullets fired into bare gel penetrated to an average depth of 14.5”. This penetration depth was very consistent and I had no overpenetration. The recovered bullets all achieved excellent expansion. 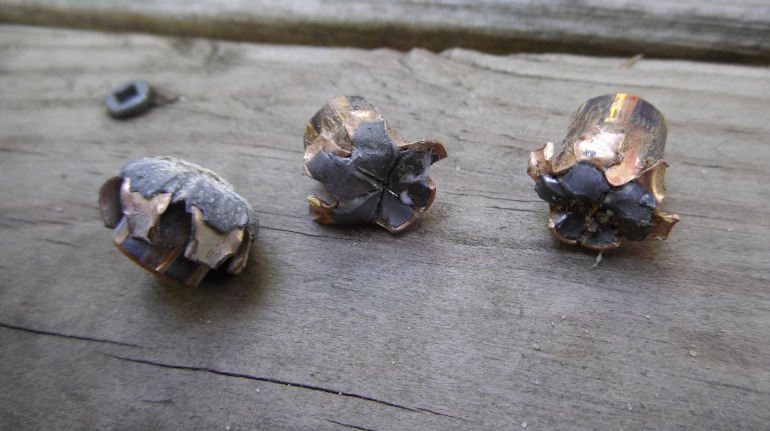 Shooting through fabric (middle bullet in photo) still allowed near-complete expansion and penetration. Added layers of fabric and light denim didn’t seem to do much to stop the bullets and I still had penetration to a depth of 13-14”.
Firing through medium barriers like a 2×4 and a small segment of drywall (bullet on left) allowed expansion, but significantly reduced penetration. Average penetration depth through barriers was only 9-10”.

Lastly, firing through heavier materials like leather and heavy denim resulted in mixed expansion (bullet on right). The Issues I experienced were typical of many hollowpoints in that they would not give me consistent expansion and penetration. I experienced my first complete exit after a bullet became clogged and went straight in and out. It was very rare to have a bullet that didn’t at open up at least a little bit.

Wounding Capacity:
The general wound channels displayed a permanent cavity that measured about 3” in length and about .65” wide. This wound channel was present at a general depth of four to eight inches. I think that this was great performance and was very, very consistent. 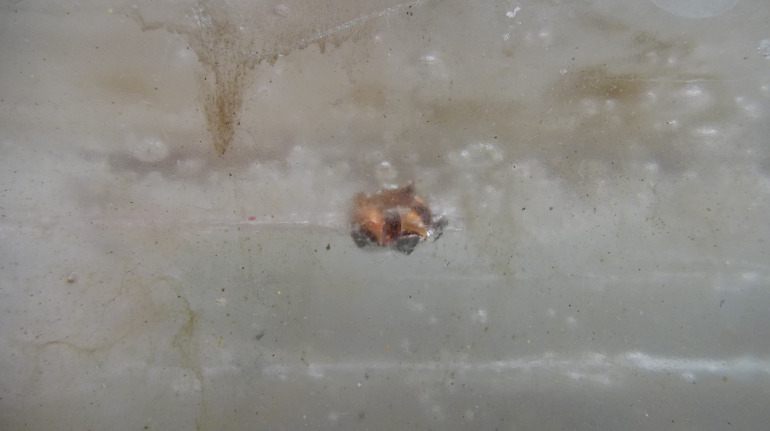 The bullets that passed through thick fabric and barriers showed a decrease I the size of permanent wound cavities. These bullets still showed expansion, but there was a significant reduction in the diameter of permanent wounds, to the tune of 1-2” and only about as wide as the bullet itself at around ½”. Temporary wounds from expansion showed very little explosive tearing. I would say that this bullet does the vast majority of damage as a result of rapid expansion. 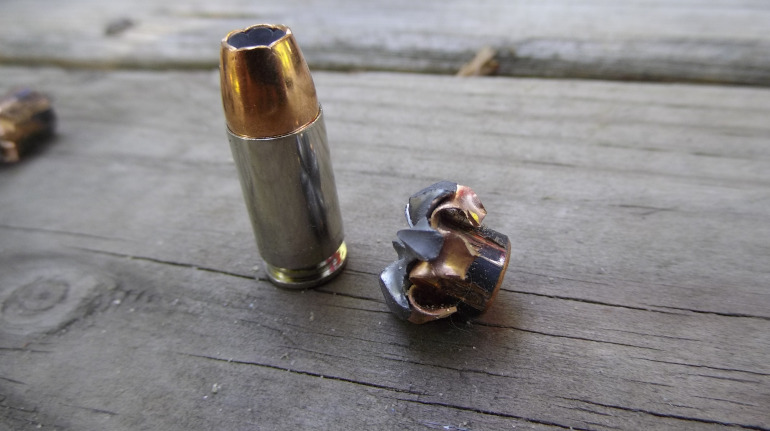 Overall Impressions:
SIG has a winner with the P365 pistol and the 365 ammo. As a team, the gun (the P365) and ammo does exactly as it’s supposed to at the ranges it’s intended to be used. This is not a tough +P load designed to blast through windows and hard barriers, but is a reliably expanding self-defense round that functions just as it’s supposed to.

The 365 115gr V-Crown is a round that I’d be happy to carry. It’s reliable and accurate and has low recoil. The price per round is also reasonable and there is also a 365 practice round that nearly duplicates the JHP velocity and recoil for affordable practice.

Accuracy: * * * * *
This load produced excellent groups on paper at both range and combat distances.

Handling: * * * * *
Recoil was very low. Firing rapidly and with one hand was manageable. This round would be easily handled by almost any shooter.

Reliability: * * * * *
I experienced no problems of any kind while shooting this cartridge. The brass ejected clear of both guns and it locked back the slides without issue on the last shot.

Terminal Performance: * * * * *
This is a carry round and it does exactly what a carry round should do. It showed excellent results against common barriers and offered expansion even after passing through hard materials.

Overall: * * * * *
This is a very good personal defense round, and not just for the P365. V-Crown would be a great choice in any micro 9mm that you may carry. It’s not fancy to look at, but it gets the job done.