US District Court Judge Roger Benitez knew exactly what he was doing when he crafted his opinion ruling that California’s “assault weapons” ban is unconstitutional. Declaring the ban a “failed experiment,” he now famously began his opinion about the dreaded weapons this way . . .

Like the Swiss Army knife, the popular AR-15 rifle is a perfect combination of home defense weapon and homeland defense equipment. Good for both home and battle, the AR-15 is the kind of versatile gun that lies at the intersection of the kinds of firearms protected under District of Columbia v. Heller and United States v. Miller. Yet, the State of California makes it a crime to have an AR-15 type rifle. Therefore, this court declares the California statutes to be unconstitutional.

All the usual suspects’ heads popped like overfilled balloons as they expressed their abject horror at the jurist’s comparison of a harmless little pocket tool and a deadly black weapon of war like the AR-15. Never mind that, between the two, the Swiss Army knife is the only one that’s ever been issued to the military.

Anyway, the performative outrage was furious and immediate.

Overturning CA’s assault weapon ban and comparing an AR-15 to a SWISS ARMY KNIFE is a disgusting slap in the face to those who have lost loved ones to gun violence.

This is a direct threat to public safety and innocent Californians. We won’t stand for it. https://t.co/feL5BABTXa

A federal judge, who compared an AR-15 to a Swiss Army knife, overturned California’s ban on assault weapons.
“My daughter’s in a cemetery…because a Swiss Army knife was not used. Because it was an AR-15,” says Fred Guttenberg, whose daughter was killed in the Parkland shooting. pic.twitter.com/RLle31e7Jy

To compare AR-15s to a Swiss Army Knife is a slap in the face to the survivors who’ve had their communities torn apart by gun violence. Weapons of war do not belong on our streets & no civilian needs this type of gun. Period.

We will not let this stand. https://t.co/LpEg7RAQj3

An AR-15 is not like a Swiss Army knife.

Judge Benitez’s ruling shows complete disregard for public safety—and for the families who have seen in the most painful way possible how dangerous and deadly assault weapons are.https://t.co/zzsQJS3re9

We can’t believe this needs to be said but an AR-15 is nothing like a Swiss Army Knife. New from @IAmPoliticsGirl. pic.twitter.com/9RG2yCEWtL

Whatever you do, don’t tell any of these incensed hoplophobes that knives kill about four times as many people in the US every year as all types of rifles, of which “assault weapons” are only a subset. 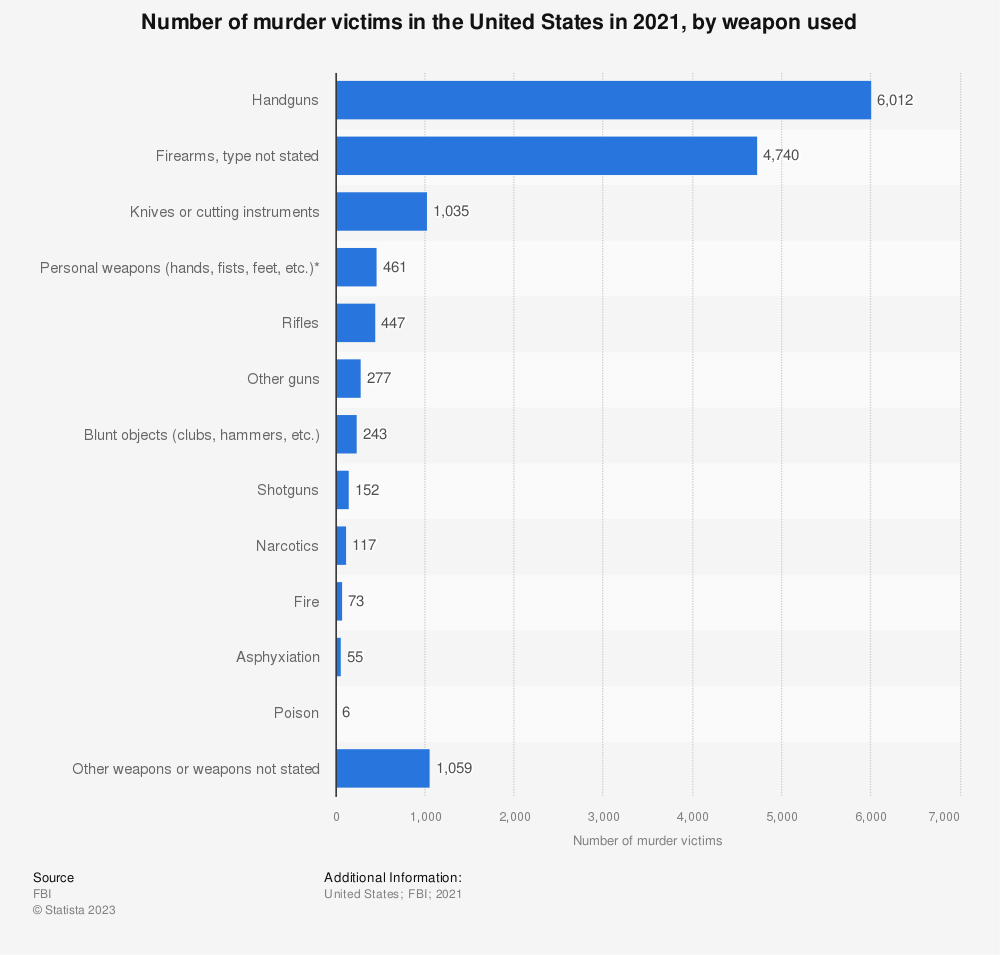 But wait! Imagine if we lived in a civilized society…one where civilian firearms ownership was banned because…common sense. You know, the gun-free utopia about which Shannon Watts dreams every night. Then we’d all be safe and free from the threat or violent crime and indiscriminate attacks while we work, shop, and go to school. Wouldn’t we?

Well, no. It seems that wherever there are people, there are crazies, psychos, and other broken individuals bent on killing others. Take, for example, China.

Over the weekend, six people were killed and 14 injured after a knife-wielding man stabbed passersby on a pedestrian shopping street in the eastern Chinese city of Anqing. Videos circulating on social media show wounded pedestrians lying on the pavement, covered in blood.

Police quickly arrived at the scene and arrested the suspect, a 25-year-old unemployed man who was seeking to “vent anger over family troubles and pessimism,” according to a local government statement.

Sound familiar? The weekend’s mass stabbing was hardly an isolated incident in the Middle Kingdom.

The incident is the latest among a spate of public attacks in China in recent months. With guns strictly controlled and out of reach for ordinary people, knives have become the most common weapon used in such atrocities.

In April, two children were killed when a knife-wielding man entered a kindergarten in southern China. An additional 14 children and two teachers were wounded, according to state news agency Xinhua. The police said the suspect had a history of schizophrenia — a serious mental illness characterized by symptoms of psychosis.

In December, another mass stabbing in a small city in northeastern Liaoning province left seven people dead and another seven injured. State media reported the 62-year-old suspect was socially withdrawn after losing his son and getting divorced, and carried out the attack to express his “dissatisfaction towards society.”

That sounds about as coherent as any of the justifications spouted by…gee, take your pick of virtually any mass shooter who didn’t kill himself before being captured. It’s almost as if, no matter what laws you put in place or how you attempt to disarm the populace, wackos will always find a way to wreak havoc.

The Founders ensured Americans would have the right to keep and bear arms as a check on potentially overreaching, tyrannical government. It was necessary, after all, to the security of a free state. Duh.

Armed self-defense — the ability to protect yourself and your family — wasn’t mentioned in the 2A because it was so jaw-droppingly obvious. A given. A natural right so clear that there was no need to waste ink laying that out on parchment.

That’s why we’re (mostly) free in this country to own the best tools to protect ourselves and ensure that government remains at least minimally respectful of our rights…unlike those stuck living under authoritarian iron rule in China. And as handy as they are, we’re not talking about Swiss Army knives here.

That right to keep and bear arms — like all freedoms — comes with tradeoffs. It means that criminals and crazies will be able to use those tools to do their worst. But it also means that Joe and Jane Q. Public will be able to defend themselves…far more often than those tools are used to commit crimes and take lives.

That’s a tradeoff a majority of Americans are only too happy to live with.

Could Media Reports of More Violent Crime Create a Different Standard of Proof in Self-Defense Cases?