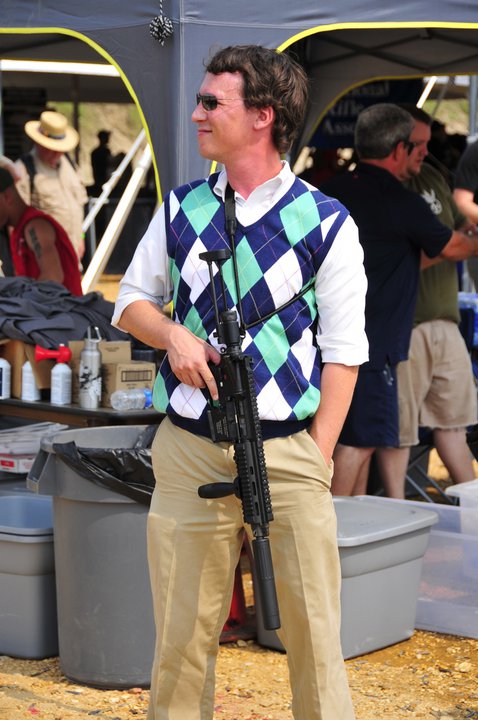 As we reported previously, Freedom Group has decided to move AAC from their home base in Georgia to a new facility in Alabama and fired just about everyone in the process. The reason behind the move seems to be a decision among the Freedom Group executives to consolidate AAC and Tapco (as well as some other brands) under a “Remington Accessories” brand instead of their constituent brands. As part of that consolidation, Freedom Group seems to be cleaning out any last vestiges of the Kevin Brittingham dynasty and starting completely fresh down in Alabama. The latest KB-era employee to leave is probably the most visible person at AAC: Mike Mers.

Gear Scout has the (slim) details, and it isn’t clear whether Mers left on his own or was fired. The hope among AAC employees was that a small contingent of managers would be kept on to lead the newly relocated AAC down in Alabama, but it appears that Freedom Group has other plans.

The reason that this is big news is that AAC was a company on the top of their game. When Kevin Brittingham left only two years ago, AAC was one of the biggest silencer manufacturers in the United States and one of the most popular brands in the firearms world. People were getting the AAC logo tattooed on their bodies it was so popular, and AAC was raking in money hand over fist. But over the last few years, Freedom Group has done their best to slowly squeeze every last drop of innovation and culture out of the company and driven it straight into the ground.

AAC was a healthy and viable company and brand. And Freedom Group is doing everything in their power to kill it.

[UPDATE] It looks like Mike has made a statement, and has moved to a “strategic consulting” position rather than being involved in the company on a day-to-day basis. No idea what exactly that means, but the term “consulting” seems to indicate that he won’t be nearly as involved as he used to be. Especially with the entire company now located hundreds of miles away and under new management.