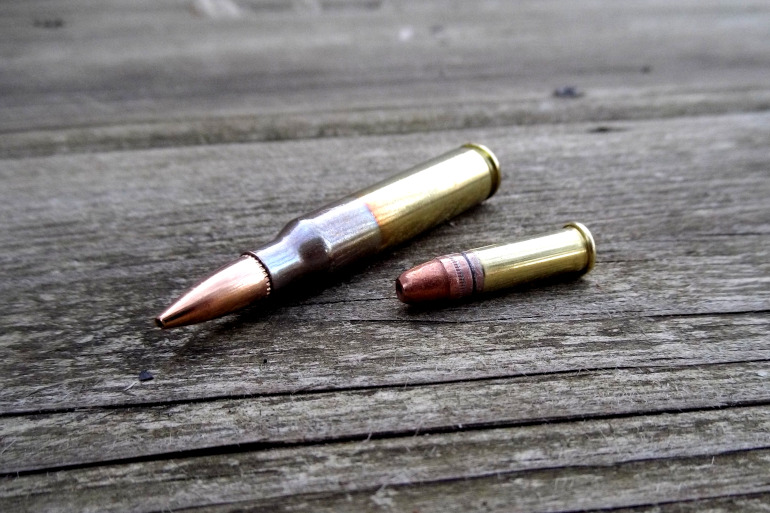 I have been involved in the rifle sports for more than half my life. I shot in my first big competition at the Camp Perry National Matches when I was a junior in high school. Since that time I have been active in raising awareness about the Civilian Marksmanship Program sports and have gotten a number of shooters started in classic American rifle shooting.

I get asked a lot what is the best rifle round to start with. Quite often the answer is the .22LR and the .223 Remington/5.56mm NATO.

For the purposes of this article, I will be referring to the .223 Remington and 5.56mm NATO (first officially used in the M16 rifle) collectively as “.223”, even though they are technically different in a couple of ways. There have been many articles written on this topic, but .223 and 5.56mm are dimensionally identical except in the most minute areas and are essentially interchangeable. While some people go overboard on this, they would never be able to tell the difference if you were to hand them a mag and not tell them if it was loaded with .223 or 5.56.

When looking at the .22LR vs .223, the truth is that the .223 is, in fact, a .22 caliber round. While the media loves to portray this as a ‘huge assault bullet’ and only meant for use in warfare, the truth is that a .223 round is a relatively small and not particularly powerful. The bullet diameter is actually .224” Rounds range from a 55-grain bullet at the low end to a 77-grain bullet at the high end. The .223 will achieve velocities of about 2500fps to higher velocity rounds pushing 3200fps. Of course heavier and lighter options exist.

The .223 is best used at middle ranges which I qualify as 0-600 yards. While it can be pushed further out for long-range use , it rapidly loses power due to low bullet mass as opposed to bigger, heavier alternatives like the .30 caliber .308 Win/7.62 NATO cartridge, which typically is loaded with bullets in the 175gr range.

The .223 is excellent for varmint hunting, self-defense, and match shooting. It’s not big or powerful enough to be used for large game and is questionable for deer. Many people consider the .223 to be the minimum for centerfire hunting rifles and others don’t think it’s suitable at all for that use.

While you can hunt deer with it, it is not ideal. The round just doesn’t have enough energy or stopping power. Despite this, many hunters I know have great success when using tough, all-copper expanding bullets at close ranges.

The .22LR (which stands for .22 Long Rifle, and yes, there is a ‘short’ variety and more) is an extremely common rimfire round and is one of the most widely used cartridges in the world. Being a rimfire (as opposed to center fire), the cases aren’t reloadable (unless you’re especially determined) and contain their primer in a fold in the rim at the base. The .223 is a centerfire round that typically contains a separate primer in the head of a reusable brass case. Centerfire cartridges are considered more reliable than rimfires.

When it comes to general use, there is almost no cartridge as widely accepted as the .22LR round. The small, light cartridge features .22LR bullets usually in the 30-40 grain range. Typical muzzle velocity is about 1000-1500fps. While it’s not especially powerful, the .22LR has a huge number of uses that larger rounds are unsuitable for.

In addition to being a top target shooting caliber, the .22LR is a staple of life of many. Fishermen and trappers have long carried .22 ‘kit guns’ in their tackle boxes and trail hikers commonly pack a .22LR for signaling and emergency hunting. The low ammunition weight makes it appealing for those who want a gun, but don’t have the need for a full-size pistol or rifle.

The .22LR is arguably the most popular small game cartridge ever and can be used reliably for animals as large as coyote. Despite what you may hear, the .22LR isn’t a suitable round for deer or anything large. While it can inflict lethal injuries, it’s not ethical barring an extreme circumstance such as emergency survival, in which case anything goes. There’s a story I have often heard of a woman who killed a large bear with a .22LR, but this is not something you want to do if you can help it.

Pest control, target practice and recreational shooting are probably the three most common uses of the modern .22LR cartridge. Most youngsters start off with a .22 when they begin shooting, frequently with a bolt action or lever action rifle. The .22LR has exceptionally low recoil and is comparatively quiet compared to larger caliber centerfire rifle options.

In my experience, there is nothing wrong with starting out with either a .22LR or a .223. The latter is something that an older child would be more capable of handling. I never learned on a .22LR and instead went straight to the full-horsepower Russian 7.62x54R for CMP Vintage Rifle competition. That may not have been wise, as looking back I missed out on some marksmanship fundamentals while learning recoil management techniques.

The CMP offers a variety of competitions for both the .22LR and .223. The Rimfire Sporter events held at Camp Perry are a great way to enjoy your .22LR and you don’t need to have an expensive tricked out model to do well.

The rifle pictured here is an M1 Carbine lookalike built from a Brownell’s BRN-22 receiver. The Ruger 10/22-compatable rifle is set up to use iron sights and a sling just like a shooter would use when shooting in centerfire competitions. A gun like this is perfect for both beginners and seasoned shooters looking for a challenge.

The .223 is a more costly round and powerful than the .22LR by a substantial margin. Despite these things, the .223 is still a very low recoil rifle cartridge. Some Service Rifle match guns I’ve tested over the years built for 600-yard matches display recoil so low that you’d think you were shooting a rimfire. Expert match shooters want this because they are able to track their shots through recoil and can avoid having to reposition themselves after a shot. Low recoil also means that there will be no flinch developed in the long term.

When it comes down to it, you can buy a .223 AR-15 rifle and get a .22LR adapter kit. The kits can be somewhat pricey, but since the .22LR can be fired through the same bore as the .223. All you’re really looking at is the price of the adapter. The adapter usually comes in the form of a replacement bolt and chamber insert. A dedicated .22LR magazine would then be used to feed ammunition into the rifle.

I would recommend the .22LR for young and inexperienced shooters just starting out. When they decide to go into standard .223 Service Rifle matches, the fundamentals will then be there and are easily translated. The CMP has updated their rules to include optics up to 4.5x in their various Service Rifle matches which will make it easier to transition from optics-legal rimfire matches.

As two of the most popular rounds in America today, the .22LR and .223 are at the top of their game. You really can’t go wrong owning either or both.