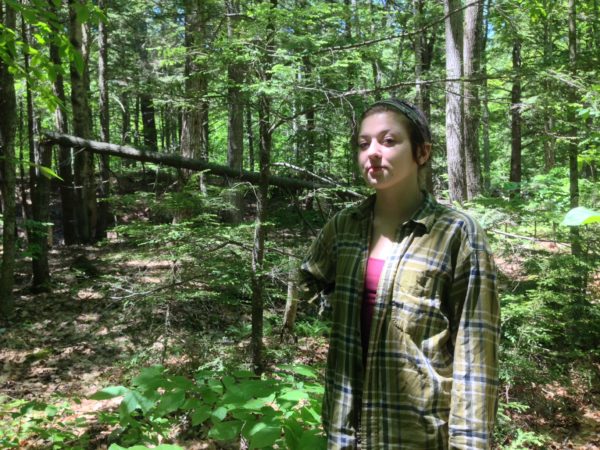 Man, as they say, is the deadliest animal. So when we speak of armed self defense in our country we’re usually talking about threats coming from a bipedal source. But that isn’t always the case, as a young lady from Hope, Maine discovered this month.

Twenty-one-year-old Rachel Borch was jogging on a narrow footpath through the local countryside when she encountered an unexpected threat — a hostile raccoon blocking her path. And it attacked her.

“I knew instantly it had to be rabid,” Ms. Borsch told the Bangor Daily News. She dropped her phone and began “dancing around it, trying to figure out what to do.”

“Imagine the Tasmanian devil,” she said. “It was terrifying.”

The path was too narrow for Borch to run past the raccoon, which had begun lunging at her. With adrenaline pumping, Borch suspended her disbelief.

Figuring she would have the greatest ability to defend herself if she used her hands to hold it down, she decided that probably would be the best place for the aggressive animal to latch on.

The raccoon sank its teeth into Borch’s thumb and “wouldn’t let go.” Its paws were scratching her arms and legs wildly as Borch screamed and cried.

But fear not, the ladies of Maine are made of sterner stuff than those of other states I could mention. She realized that her phone, dropped earlier, had fallen into a puddle on the path and was completely underwater…which gave her an idea.

“I didn’t think I could strangle [the raccoon] with my bare hands,” she remembers thinking, but holding it under the water might do the trick.

Connecting the dots quickly, Borch, then on her knees, dragged the still biting raccoon, which was scratching frantically at her hand and arms, into the puddle.

“With my thumb in its mouth, I just pushed its head down into the muck,” Borch said.

With the animal belly-up, she held its head under water. “It was still struggling and clawing at my arms. It wouldn’t let go of my thumb,” she said.

Borch said she held it there for what felt like an eternity until finally it stopped struggling and “its arms sort of of fell to the side, its chest still heaving really slowly.”

Hyperventilating and in hysterics, she pulled her thumb out of the raccoon’s mouth, “and then I just bolted as fast as I could through the underbrush,” she said.

Ms. Borch retreated home and was soon under the care of physicians. The raccoon, whose corpse was retrieved by her father, was soon confirmed to have had rabies, and the young Pine Tree State denizen began the regimen of multiple injections of rabies vaccine, immunoglobulin, and tetanus vaccine that everyone exposed to the dread disease must undergo. Her final treatment is scheduled for this weekend.

“It’s scary stuff,” Animal Control officer Heidi Blood told the Daily News. “The No. 1 thing we try to remind people of is that it’s 100 percent fatal [if it goes untreated].” Worse, she added, where there’s one infection, there’s usually others. Earlier this week, a man in Topsham, Maine — about an hour’s drive from Hope — was attacked by what was suspected to be a rabid fox.

Ms. Borch attributes her escape, in part, to blind luck.

“If there hadn’t been water on the ground, I don’t know what I would have done,” Borch said of drowning the animal. “It really was just dumb luck. I’ve never killed an animal with my bare hands. I’m a vegetarian. It was self-defense.”

Like nearby Vermont, Maine is a constitutional carry state where law-abiding residents over the age of 21 can legally carry a handgun without obtaining state permission. Considering the size of the animal, even a .380 might have stopped the attack — as Rick Perry found when protecting his pet from an aggressive coyote some years ago…something for Ms. Borch to consider for her future explorations of the world of Katahdin.