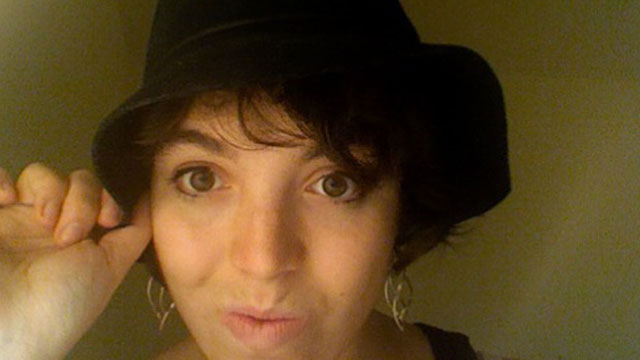 On Friday, Dara Lind (Vox job description: “Jetpack Comandante“) wrote on Donald Trump’s recent interview with MSNBC’s Morning Joe in which he said this about the attack on Umpqua Community College last Thursday: “…oftentimes this happens…you know, we sort of saw that about him, it really looked like he could be a problem but it’s often hard to put someone in an institution for the rest of their lives based on the fact that he looks like he could be a problem” . . .

Naturally, Ms. Lind found this answer beyond the pale, comparing it to an article written by The Onion (does anyone still read The Onion? The news media is doing such a good job at self-parody nowadays as it is.)

Now, I’ve got no brief for The Donald generally, but Ms. Lind’s is simply wrong. When the rubber hits the road, gun control laws have never really been about controlling guns. That point is so important, and yet so often elided in the current discussion, let me repeat it:

The emphasis in the phrase “gun control” should always be placed on the word “control”: controlling people who may be engaging in a behavior that, by itself, doesn’t actually harm anyone else. We’ve tried it before with alcohol. We’ve been trying it since before my own father was born with narcotics. We’ve even tried it with laws about sexuality.

Somehow, we always seem throwing our hands up in frustration and walking away from such laws because, at the end of the day, they don’t actually stop people from getting the products, services, or relationships that they actually want. And the hammer of government punishment always seems to come down hardest on the smallest, weakest, poorest members of our society, who weren’t actually hurting anyone else.

So it is with gun control; and sexuality control; drug control; alcohol control. And yes, I’m going to go there — abortion control, too. Lest you think I’m exaggerating, allegedly educated people on the far left are now using the rhetoric of the failing War on Drugs and the long-since-abandoned War on Alcohol from the early 20th century. Plus ça change, plus c’est la même chose.

If it was about the act or the object, the advocates of control would have been concerned a bit more about helping the people who were engaging in these acts of heresy. But it never is; instead, the hammer of the state is brought down the hardest on the easiest targets it can find: the weakest, poorest, and marginalized members of our society.

For instance: it is not guns that are threatened with life-altering arrest and imprisonment due to an innocent mistake. Instead, it’s people like Shaneen Allen, who had the book thrown at her because she made the mistake of assuming that her license to carry firearms applied in New Jersey, just like her driver’s license.

It’s not guns that get arrested for honestly trying to follow the law — instead, it is people like Vincent Brescia, who had a gun stolen out of his car, reported it to the police as required by Connecticut law, and for his efforts was arrested for second degree reckless endangerment.

It is not guns that have to engage in litigation lasting years to win their ability to exercise a right putatively protected by both state and federal constitutions in the privacy of their own home; instead, it is people like Josephine Byrd, who, living in public housing, wanted to buy a gun for self-defense, but whose lease agreement — drafted by gun control extremists in the Wilmington Housing Authority — barred her from keeping a firearm in her own home.

No, Ms. Lind’s argument fails here because, knowingly or not, regulating people is exactly what gun control is about. It’s the sort of rookie mistake that makes me wonder if she’s spent a bit too much time in a left-wing echo chamber, talking only to people who share the same worldview, never seriously considering any challenges to that worldview.

Oddly, that brings me back to the question I raised earlier: I, for one, still read The Onion on occasion. And Ms. Lind’s piece reminded me of an article published in T. Herman Zwiebel’s magnum opus earlier this year: “College Encourages Lively Exchange of Idea.”