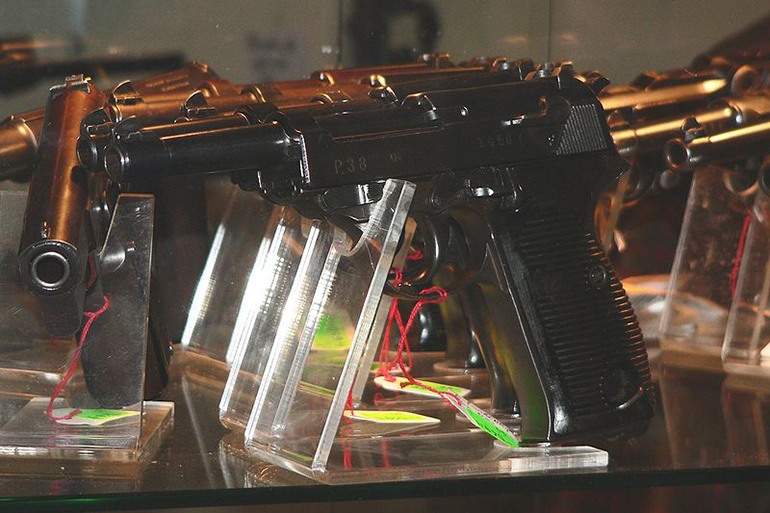 Gun collecting is one of history’s deepest rabbit holes. With that in mind, this article is geared toward people who want to buy guns mostly for personal pleasure that can also serve as a long-term store of value. In other words, if you or your kids will most likely be able to sell your gun collection for more than you paid for it, I consider that a good investment. If you’re looking to keep your entire nest egg in your gun safe, these rules of thumb are not for you.

The Two Kinds of Gun Collectors: Treasure Hunters and Connoisseurs

Treasure hunters frequent gun shows, yard sales, pawn shops, and off-the-beaten-path gun shops generally looking for hidden gems. Although it does happen from time to time, the likelihood that you’ll win the ‘old gun lottery’ – as in, buying a ragged-looking .38 Special for $350 and auction it off for a hundred grand – is about the same as your chance of winning an actual lottery. However, you can, through fairly general knowledge, to figure out which guns are more likely to slowly appreciate rather than lose value over time. We’ll get to that list very shortly.

Connoisseurs know what they like and focus on accumulating guns in one category: Winchester rifles, Colt pistols, a single model of Smith & Wesson revolvers, etc. This is a disciplined approach and a relatively reliable way to ensure a high value gun collection, but some people don’t find it as fun.

Though it might sound strange, regular, no-frills, Smith & Wesson J-frame revolvers make an excellent store of value. They won’t magically be worth millions, but they are a liquid asset that you can buy and sell them anytime if kept in good condition.

Here’s a good list, albeit far from complete, of other old guns and models that are unlikely to depreciate. Remember that the condition the guns are in is also important, and have someone with gunsmithing experience inspect any gun you’re buying as a potential investment.

The worst guns to collect for investment are…

modern rifles, i.e. AR- and AK-platform guns, as well as their receivers, parts, accessories, and so on. These won’t reliably appreciate, both in spite of AND because of the fact that Americans tend to buy huge quantities of certain guns based on on current events. We all remember the explosive market for AR-15s and AK-47s that appeared due to concerns about the ‘assault weapons’ ban. Now, you’ll find AKs and ARs everywhere you look, so they’re not particularly collectible guns. This is not to say you shouldn’t buy one for its utility or for your own enjoyment – and a well-maintained, high end rifle from a reputable brand will likely still be a valuable thing to hand down to your kids.

A cohesive collection can be a better investment than a handful of different individual guns.

If you have the patience for it, connoisseurship is fruitful. Especially if you’ve done your homework and there’s a model or type of gun you really love, they’ll often be worth more as a set than their the sum of their individual values.

This is the case simply because fewer are produced, which makes them less common. It’s not unusual for a vintage .410 to sell at twice or three times the price of its 12ga counterpart.

It’s a few dollars per year well spent. Here is our quick and painless guide to gun theft insurance.