Apples and oranges? An absurd comparison? TTAG’s Instagram and Facebook audiences sure had some strong opinions (some knew what was up). Handgun round vs. rifle round and all. Right? Not always.

It’s all about the SMG — the submachine gun. That’s a little carbine type job that fires a pistol round instead of a rifle round. They’re used for CQB — close quarters battle — and as PDWs — personal defense weapons. Close-in, quiet, low recoil, low blast, compact size.

Where 300 Blackout was meant to fill a niche was as a replacement for the pistol caliber SMG. Not, as many tend to think, as competition for the M4 (5.56 NATO AR-15 carbine). 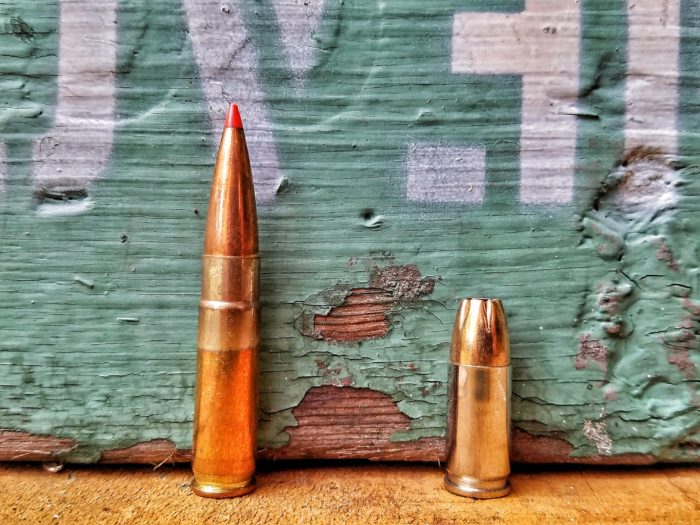 Special Operations has loved them some MP5SDs since before Millennials were born. They’re great for use inside of buildings and other small spaces — clearing rooms, ships, what-have-you. But exit that building out onto the streets of some urban combat zone, and suddenly you’re horribly out-gunned.

Getting engaged by a few guys with AKs on a rooftop or behind a vehicle 300 meters away? Forget it. Subsonic 9mm ain’t your jam. In fact, you’re the one in a jam. 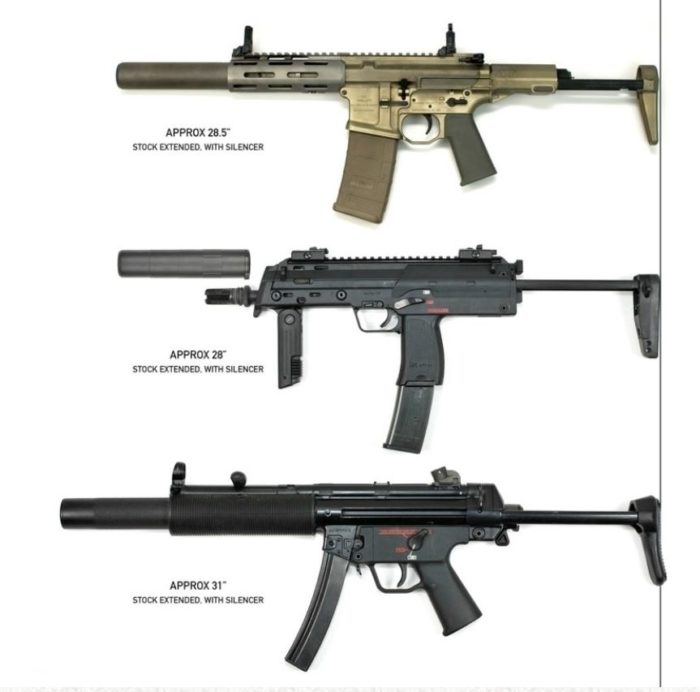 Cue the original LVC, or Low Visibility Carbine. Also known as the AAC Honey Badger. This PDW was designed to be as quiet as the MP5SD but with three times the effective range, all in a lighter weight, slightly more compact form. With much better accuracy. For those stealthy CQB or home defense scenarios, run subsonic rounds — typically 185 to 220 grain projectiles at around 1,000 feet per second. While this doesn’t provide a whole heck of a lot of muzzle energy — about 465 ft-lbs, which is equivalent to .45 ACP or about 42% more than that subsonic 9mm — it does have other advantages over 9mm. Namely, higher sectional density for improved penetration and sleeker ballistics, plus massive expansion capability.

From big names like Hornady to more boutique manufactures like Black Butterfly, Discreet Ballistics, Underwood, Gorilla, and more, there is no shortage of subsonic 300 Blackout rounds designed to expand reliably and dramatically. These loads have proven themselves highly effective on hogs and deer that nobody in their right mind would attempt to take with any 9mm. 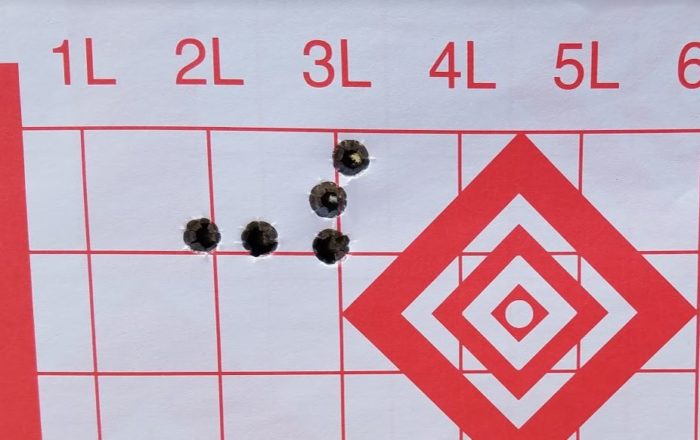 For longer engagements, run supersonic rounds — typically 110 to 147 grain projectiles at up to 2,400 fps. This expands effective range to about 440 meters thanks to significantly more aerodynamic bullets leaving the barrel at 240% the velocity of those 9mms. All with vastly superior accuracy than the MP5SD’s 6 to 9 MOA “accuracy” at 100 meters. 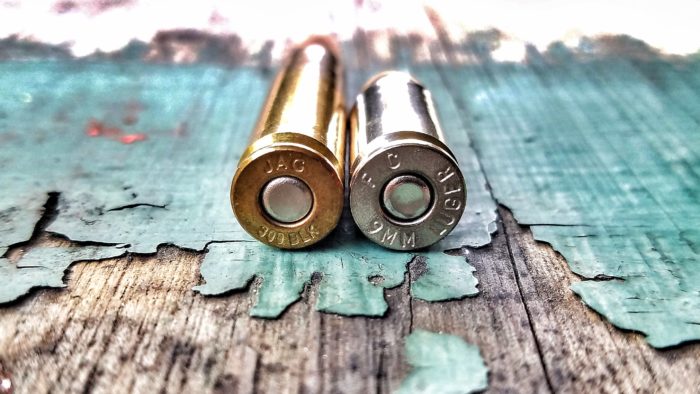 Simply changing out magazines is all that’s necessary to switch between subsonic loads and supersonic 300 BLK. In the time it takes to swap a mag you’ve gone from incredibly quiet CQB PDW to combat effective carbine. Unlike a 9mm SMG, a 300 BLK PDW won’t leave you with your pants down. Today’s version of that original AAC Honey Badger concept is the Honey Badger by Q, and it sports a 7-inch barrel length whether in SBR or pistol form. It’s a 1-3 MOA gun depending on the ammo (I’ve found both supersonic and subsonic factory ammo that puts up 1-minute, 5-round groups at 100 yards from the Honey Badger). With subsonic loads, it’s just as quiet as you’d hope. The Honey Badger weighs 5 lbs 5 oz on my kitchen scale. That’s sans magazine and optic, but that includes the suppressor (of course). A [new] MP5SD weighs in at 7 lbs 8 oz. Q’s Honey Badger is the same length as an MP5SD. If you aren’t shooting suppressed that’s okay, too. Q’s Honey Badger is still MP5-sized but it weighs less and can fire a capable rifle round. The clear winner here: 300 AAC Blackout. Chambered in the right firearm it does everything the MP5SD can do — but better — in a 28% lighter package with the same footprint, then it adds full-on carbine capabilities on top. Our old friend, the 9mm, didn’t have a chance. Then again, 9mm will always have a place in handguns, and its popularity in pistol caliber carbines isn’t going anywhere as it’s so cheap and fun to shoot. It will always outsell 300 BLK by many orders of magnitude. Perhaps it’s not so much that 300 BLK beats 9mm, but that it makes the submachine gun obsolete.