“The exhibitors are psyched. They’re looking forward to showing off their latest firearms to some five thousand enthusiasts (per day).” Gun makers at the unique “try before you buy” event will sell those firearms at a tented gun store, complete with NICS checks and secure storage. Firearms enthusiasts are stoked too. “The one-price, free demo ammo deal is the clincher,” Weiss says. And just in case it isn’t . . . 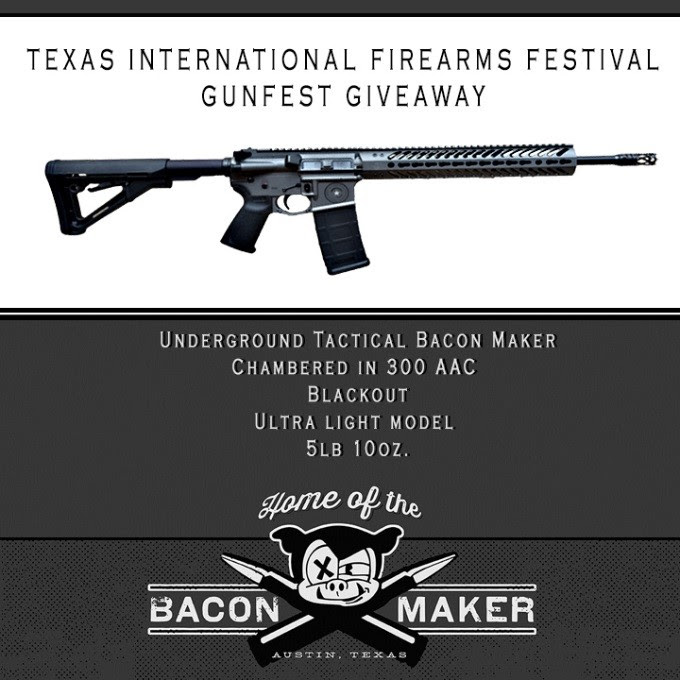 The finishing touch is a laser-etched Texas International Firearms Festival logo on the receiver. “We make one-of-a-kind guns,” Underground Tactical co-owner, Jason Carter said. “TIFF is a one-of-a-kind event. We’ll be bringing our best rifles to the show for old and new customers to shoot and our order book too. It’s gonna be big!”

Anyone who buys a ticket to the Texas International Firearms Festival before September 15 is automatically entered into a random drawing for the Underground Tactical Ultra-Light Bacon Maker. The winner will be announced on TIFF’s Facebook, Instagram and Twitter pages and notified by email. Good luck and see you in Texas!