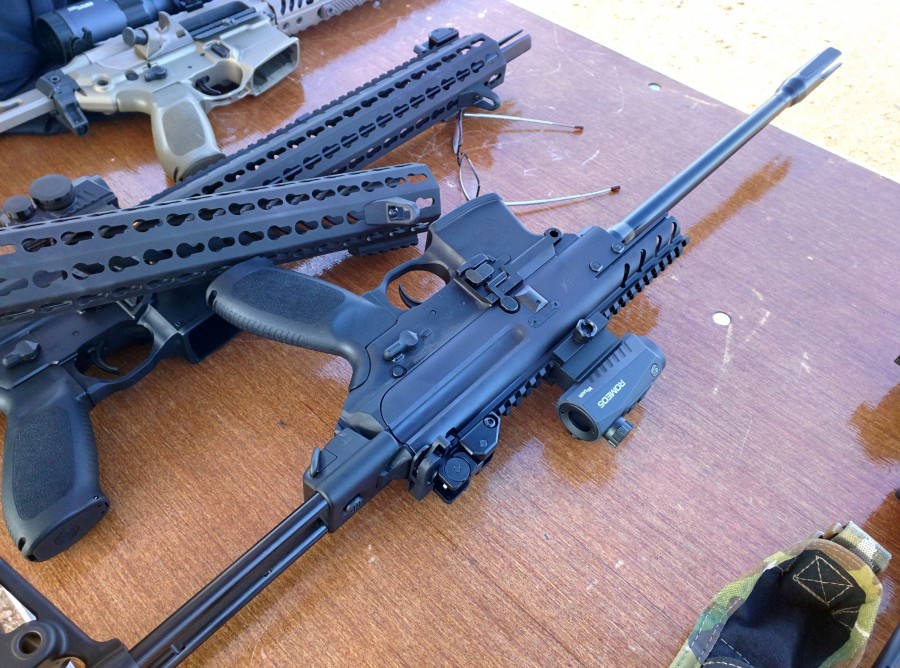 SIG SAUER was at the second annual Texas Firearms Festival, and they brought along something new: their 16 inch carbine version of the 9mm MPX. The original plan was to have a gigantic muzzle brake on the end of a normal barrel, but the ATF put the brakes on that idea for now. While SIG SAUER and the ATF battle it out in court, they’ve decided to bring a rifle version of the pistol caliber carbine to market anyway using an actual 16 inch barrel. There’s just one hiccup: this is the “Gen II” version I talked about in my review of the MPX. As seen at the TFF, these are the two variants of the MPX side by side. There are three big differences, the first being an extended strengthening plate on the side of the receiver. The second big difference is that the feed lips are elongated on the Gen II magazines and (according to SIG SAUER) will not be backwards compatible with the Gen I guns. This again proves my statement that the GEN I guns might not be getting the caliber conversion kits, since there are some definitive differences that are incompatible between the two guns.

The third big change is a little less obvious. The ejection port has been enlarged for the new calibers.

Needless to say we’ll be getting our hands on one for a review as soon as possible.