While the Wonder Nine era was cruising right along, there was still a demand for a DA/SA .45 ACP pistol by cops all across the country. Smith & Wesson was meeting that demand with their Model 645 and later Model 4506, as was SIG Sauer with the Model P220. That’s why Bill Ruger ad the company get into the .45 ACP DA/SA business.

Ruger finally finished their design in 1990 and originally released to the shooting public in 1991 as the Ruger P90. It was a hit.

It was classic Ruger — an affordable DA/SA .45 automatic with some nice features that didn’t break the bank.

The P90 had a slide-mounted safety/de-cocker that would later become ambidextrous, a swappable magazine release button, a stainless steel finish, a combat style squared off trigger guard, and a good pair of fixed three-dot combat sights.

Ruger also released a de-cocker-only model, the P90DC and I happen to have one. 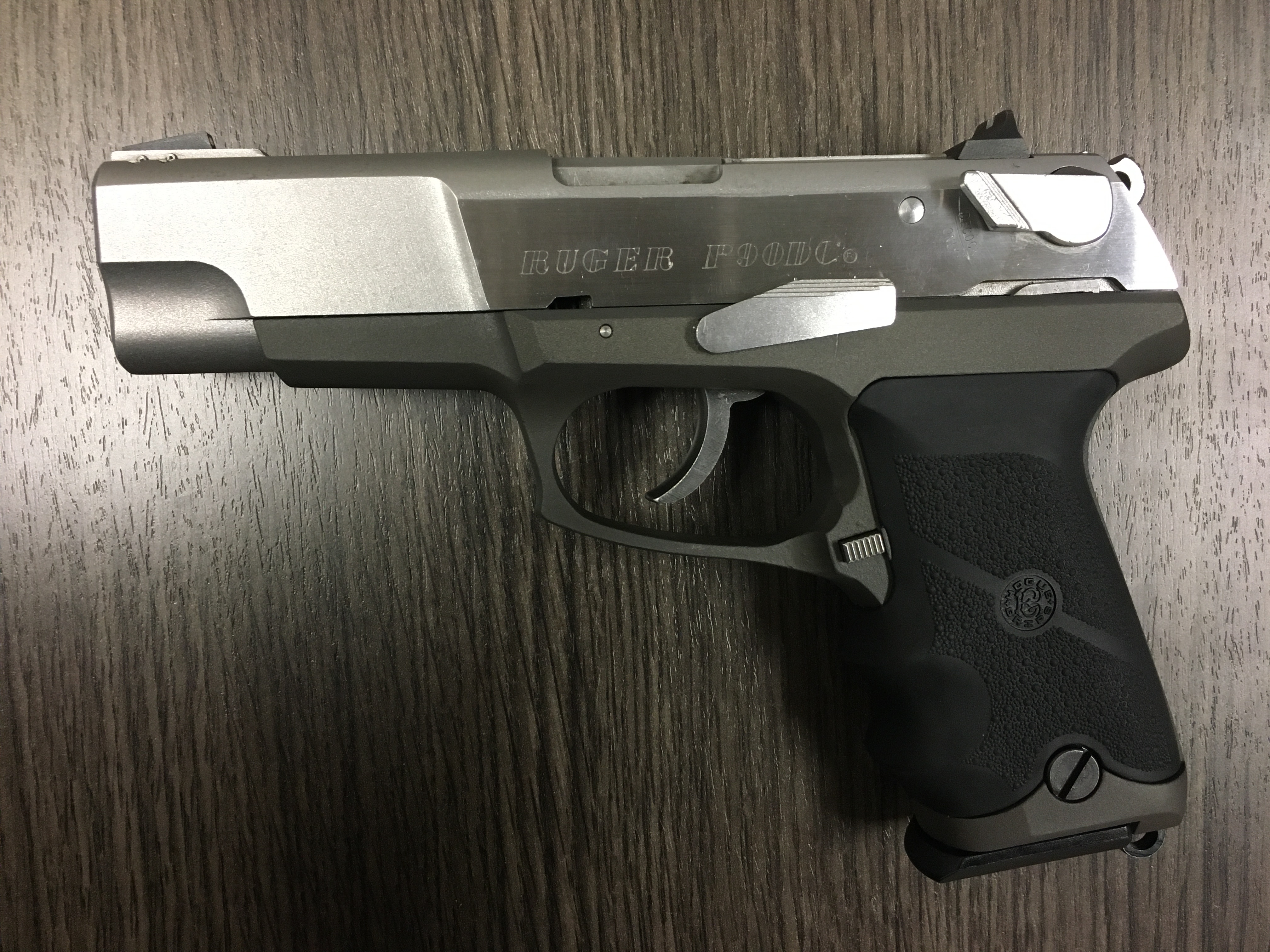 What was the safety lever is simply a spring-loaded de-cocker on the P90DC. Aside from than that, it’s the same design as the P90.

The P90DC shipped from the factory with two seven-round magazines. Ruger updated the magazine design to eight-rounders when they released their polymer framed .45 ACP gun, the P97.

Taking the P90DC apart for cleaning is kind of like a 1911. Well, actually no it is not. This is an interesting critter to say the least.

Anyway, after doing that, you then align the slide catch lever with the takedown notch.

The slide catch lever of the P90DC is captured. So that’s one less part you have to worry about losing. 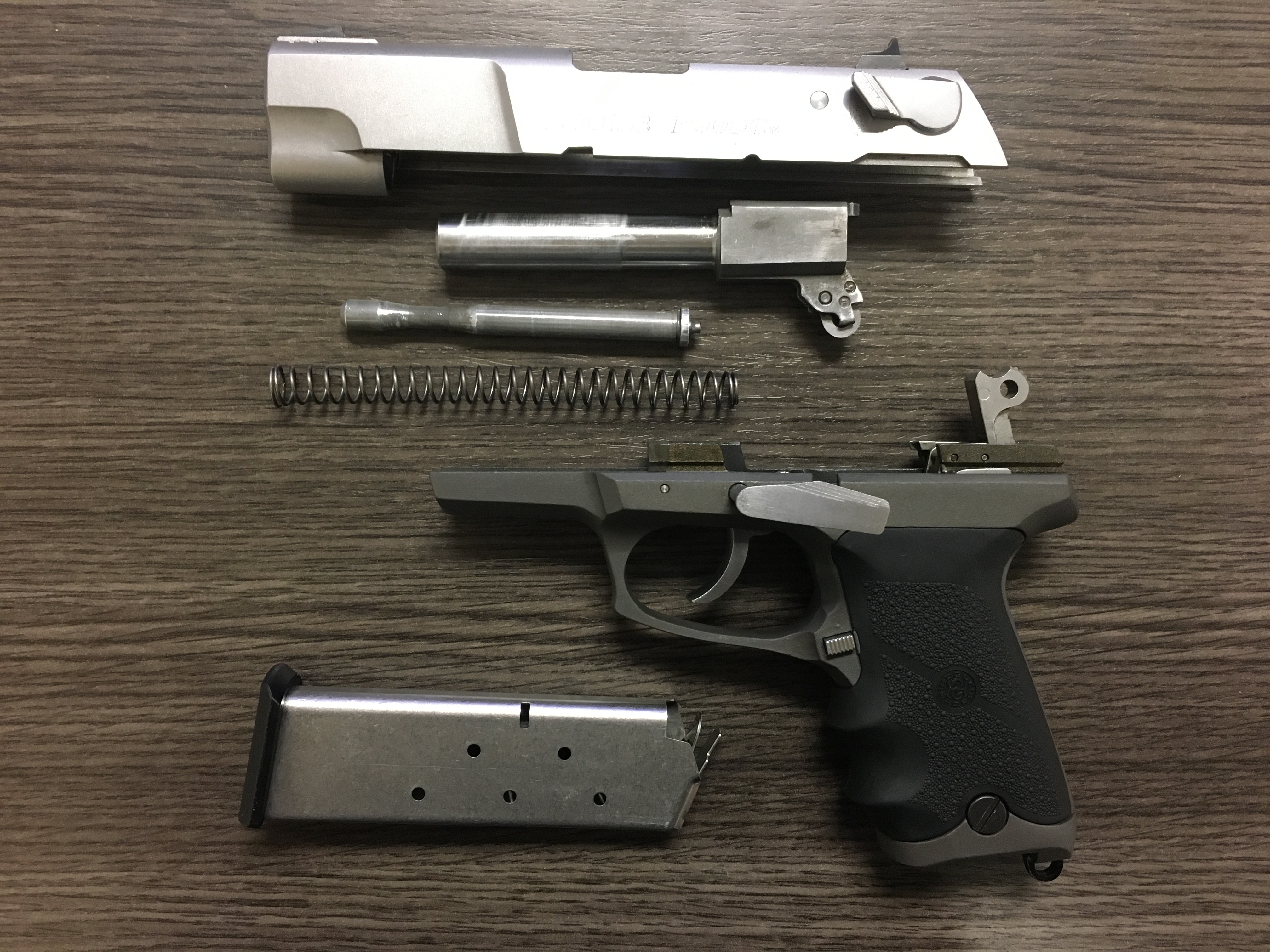 The barrel is a hybrid. It has a 1911-style swing link but a SIG Sauer-style locking block. 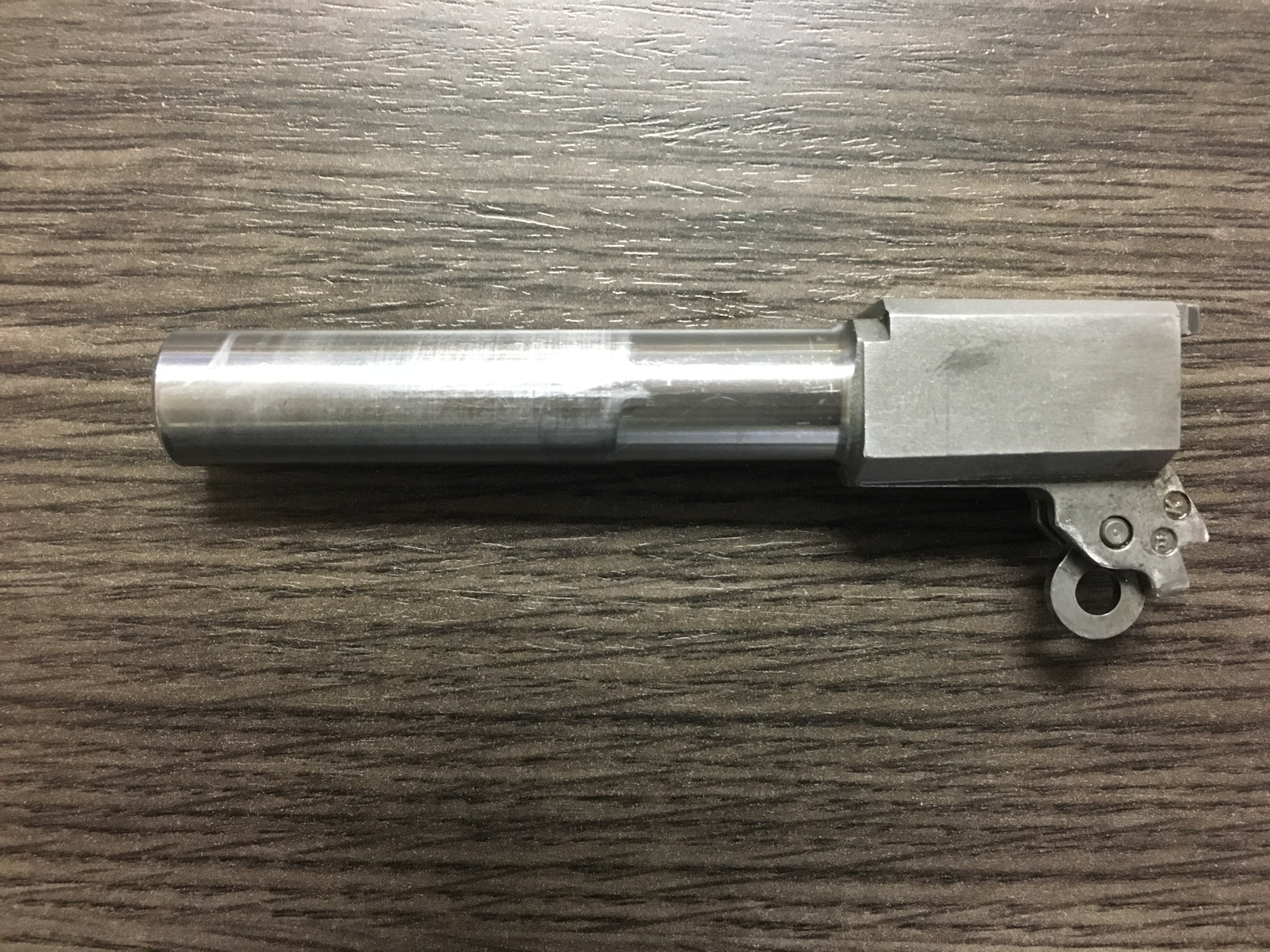 As I said earlier, the gun was somewhat of a hit. It won some modest contracts in the law enforcement market. Famed gun writer and instructor, Massad Ayoob carried one as a reserve police officer.

But the P90’s greatest claim to fame was being very popular in the civilian market since it was an affordable, reliable .45 Auto.

During the Clinton AWB years, gun owners were limited to ten rounds or less. A single stack DA/SA .45 automatic with a eight-round capacity wasn’t a bad choice. But capacity the only reason why the P90 was a popular pistol. It also got some screen time too.

It was Arnold’s issued pistol as an agent of the Omega Sector in ‘True Lies.’ The gun was stainless steel and showed off well on the big screen.

The other film in which the P90 got good exposure was the second installment in Robert Rodriguez’s Mexico Trilogy, ‘Desperado.’ 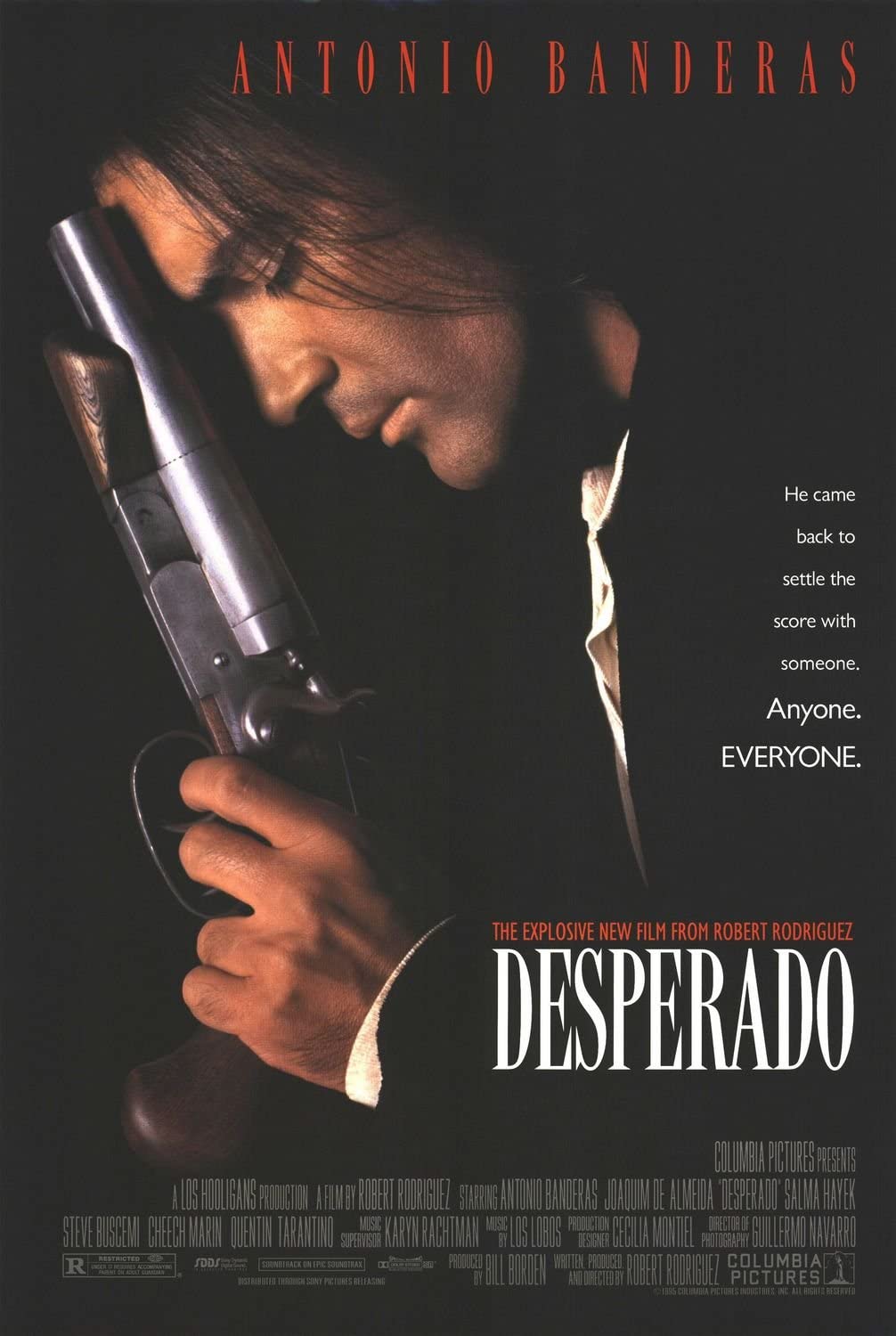 Antonio Banderas wielded two P90 pistols in the film along with an assortment of other guns in order to hunt down the drug dealer known as Bucho. Again, being in stainless steel, the gun looked good on the big screen.

Before anyone scoffs at the idea, pop culture definitely drives gun sales. ‘Dirty Harry’ was a huge seller for the Smith & Wesson Model 29 and and according to Wildey J. Moore, designer of the Wildey Survivor, every time ‘Death Wish 3’ aired on cable, sales of the gun spiked.

‘True Lies’ and ‘Desperado’ did similar things for Ruger and the P90. Both films were hits and folks wanted to emulate and imitate the main stars. They may not have had the good looks, muscles, or fancy cars, but they could own the same handguns at an affordable price and shoot them at the range.

Speaking of the range, how does the P90DC shoot?

The first four shots were in double action. I was a bit low, but in single action I hit dead center and produced a respectable grouping. All in all, the P90DC is very capable. It would still be a very viable choice as a self defense pistol.

While the 1990s came and went. The P90DC stands as a tangible reminder what people wanted and could legally purchase in a handgun. Produced from 1991 to 2010, the gun had a good run. They’re still out and are very affordable. If you find one in good shape and at a decent price, snatch it up.