Are you a dedicated clays shooter who doesn’t happen to have over ten grand laying around for a new P-gun? You’re in luck! Perazzi feels your pain and wants to make things (well, a little) easier on you. Enter the MXS, Perazzi’s “affordable” option. You can get yours with fixed or interchangeable chokes, a standard or adjustable stock and blued or nickel finish receiver. 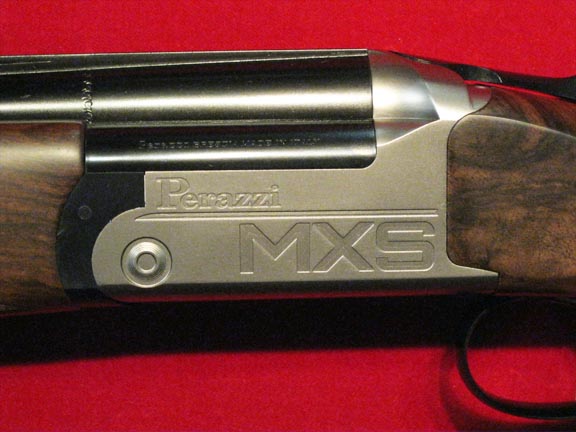 It probably won’t surprise you that they didn’t lug a bunch of their high-line shotties out the Media Day to let just any schlub stroll up and manhandle them. Which means I didn’t get a chance to pull the trigger on one. But despite the wary, sidelong glances of the Perazzi booth staff, I hefted one and played with it as long as I dared before they had a chance to call security. And it mounts and points about as nicely as you’d expect.

Will the Perazzi prestige factor justify laying down over $2,000 more than you would for, say, a Beretta 692 Sporting, though? You’ll have to make that call.