Ruger’s latest offering, the American Rifle, is a bold push into the “budget bolt action rifle” market. There hasn’t really been anything of quality introduced beneath the $500 price point in some time, and if the first impressions I had of this gun at Media Day are any indication this rifle is going to go far…

While the stock and magazine are plastic (OK, “polymer”) they don’t feel flimsy at all. The barrel comes free floated from the factory and the action is bedded in some gigantic aluminium blocks in an interesting asymmetric design that ensures the action always slots into the bedding the same way each time. Even better is that instead of fitting the block into the stock the aluminium bedding block comes first and the stock is designed to accommodate it.

The trigger in this rifle is user adjustable from 3 to 5 pounds, and is designed such that the pull is exactly 3 pounds at one end of the screw’s travel and 5 pounds at the other end. In other words its idiot proof. The trigger itself isn’t exactly creep free but it’s not the worst trigger I’ve ever puller either. 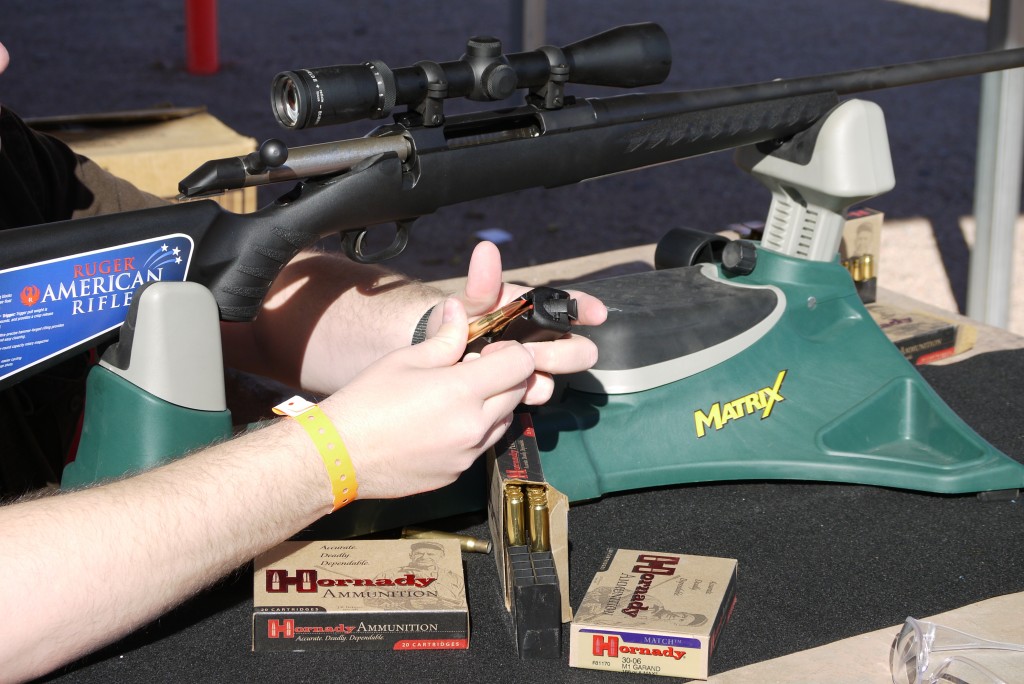 What really interested me was the rotary magazine design. Despite the slender stock you still get a 4 round capacity (4+1) and loading the magazine is pretty damned easy.

Speaking of easy, working the bolt is smooth and relatively light. The reason behind this smoothness and lightness is that instead of a single cocking cam in the bolt there are two, making the forces acting on it symmetrical, decreasing friction and lessening the required oomph to open the bolt.

It’s not the perfect rifle, but it’s accurate out of the box (with built-in weaver rails) and has some really nice innovations. And at under $500 it might just be enough rifle for a great price.