Beretta is here at the NRA Annual Meeting showing off their civilian version of the ARX 160, the ARX 100. This isn’t actually news — we spilled those beans, complete with model name and pictures, at the SHOT Show this year — but enough of you asked for a redux post that it warrants repetition. This rifle is almost identical to the military version, with the obvious omission of a giggle switch in the fire control group. The gun takes down without any pins and the barrel can be changed simply by pressing down on two tabs and yanking it out the front of the gun. The rifle will be offered initially in 5.56, with a caliber conversion kit for 300 AAC Blackout being first on the list. Make the jump to see what the barrel assembly looks like when removed . . . Here’s what the little tabs look like that allow you to remove the barrel: 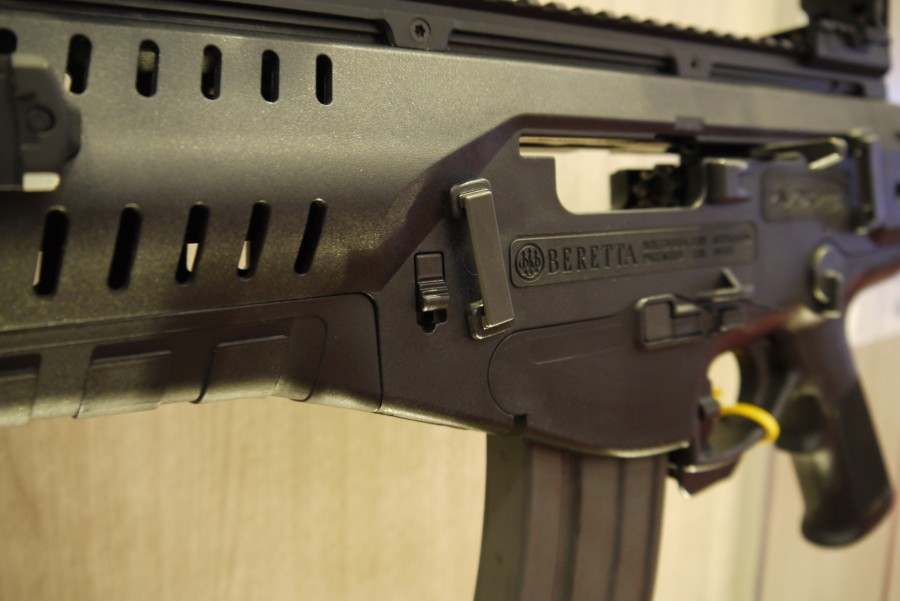