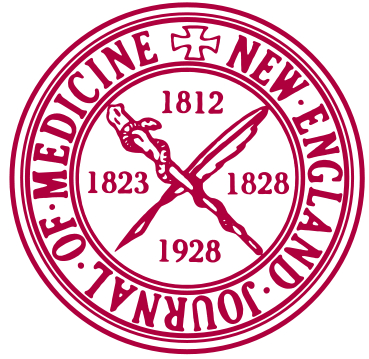 “Gun violence in the United States is a complicated problem,” a triage of doctors write at The New England Journal of Medicine. “In fact, it is four complicated problems: mass shootings, suicides that account for two thirds of gun deaths in the United States, homicides and gun-related injuries like those tearing apart the city of Chicago, and accidental shootings that occur when, for instance, toddlers find a parent’s gun and kill themselves, a sibling, or a parent. Any group — on any part of the political spectrum — promising an easy solution and speaking in absolutes does not grasp the reality.”

So guess what the NEJM editorialists proceed to do? You got it! Speak in absolutes. Like this:

The devastation wrought by firearms is not inevitable, and to consider this scale of death the price of freedom is a perversion of the notion of liberty. Although these four types of gun violence have varied root causes and solutions, easy access to guns is a unifying thread. Indeed, however virulent Omar Mateen’s possibly mixed motivations may have been, they would not have resulted in the deaths of 49 people and the injuring of 53 more if he hadn’t been able to obtain an assault-style rifle.

Absolute nonsense. For one thing, Omar Mateen could have used any number of methods to kill and injure dozens of innocents, just as Julio González used a plastic gas can and a match to kill 87 people at a Manhattan nightclub club in 1990.

For another, how about this: “The devastation wrought by medical malpractice is not inevitable, and to consider this scale of death (between 210,000 and 440,000 patients per year) the price of an AMA-controlled system is a perversion of the notion of modern medicine.”

At a minimum that ought to be uncontroversial, universal background checks should be instituted for every gun sale in every setting in this country. The implementation of such a process isn’t simple, and many questions are worthy of nuanced debate: What crimes should preclude gun ownership? How do we protect patient privacy and still report mental health histories that suggest a high risk of violence? But the complexity of these issues cannot be an excuse for inaction.

So just because something is unworkable doesn’t mean we shouldn’t implement it (cough Obamacare cough). Got it.

We also believe that the types of weapons used in Orlando, Newtown, San Bernardino, and Aurora have no practical applications for untrained civilians. Although the Second Amendment proclaims that the right of the people to keep and bear arms shall not be infringed, where we draw the line on individual access to arms that were unimaginable in the 18th century is up to us as a society to debate. The rising death toll demands that we accept this responsibility and commit ourselves to engaging in this conversation.

A first common-sense step would be a renewed ban on “assault weapons” — defined in terms of design features that permit shooters to fire 45 to 60 rounds per minute, inflicting massive trauma, with accuracy across distances of hundreds of yards. Without that capacity, even an unhinged, hate-filled terrorist would destroy far fewer lives. On June 20, the U.S. Supreme Court signaled its acceptance of such a limit by allowing assault-weapons bans in Connecticut and New York to stand.

The doctors writing this screed — who use footnotes to give their anti-gun agitprop gravitas — believe that modern sporting rifles have “no practical applications.” I believe that doctors who’ve never hunted with an AR-style rifle, or considered the self-defense or marksmanship benefits of AR-style rifles, have no business calling for a ban on AR-style rifles.

And where, pray tell is the footnote for the term “rising death toll”? As we pointed out four days ago, America has the lowest homicide rate since 1963 — despite the addition of millions of AR-style rifles in the last five years alone. As for the Supreme Court non-ruling on the CT and NY’s “assault weapon” ban, Dredd Scott.

We believe physicians need to engage in a sustained effort to counter groups that are intent on maintaining the status quo, joining with the millions of mothers, fathers, nurses, educators, writers, researchers, LGBT community members, and their allies of every race and religion who will push forward even in this most polarizing of discussions to find common ground and sensible solutions, to honor those who have died and to protect those who might otherwise be next.

Doctors want doctors to seek common ground on gun control with whom, exactly? Americans who cherish their natural, civil and Constitutionally protected right to keep and bear arms? No, not them, obviously. The New England Journal of Medicine‘s editorialists want docs to join forces with those who would degrade and destroy our firearms freedom in the name of safety for all — ignoring the tens of thousands of lives saved every year by defensive gun uses.