The U.S. House of Representatives has passed H.R. 38, recently amended to be the “Concealed Carry Reciprocity Act of 2017.“ Voting for and passing the bill in the House, and then in the Senate, is a smart political move for Republicans. Democrats oppose the bill for partisan ideological purposes. Opposing an armed population is in Democrats (Progressives) DNA. That opposition never made any political sense.

The leadership of the Democrats comes from states that have resisted the restoration of Second Amendment rights with all the power and tools at their disposal.  Those states are Deep Blue California, New York, Illinois, Hawaii, New Jersey, Massachusetts, Maryland, Delaware and Rhode Island.  Senators there do not face significant Republican opposition.

If the Republicans in the House pass Concealed Carry Reciprocity, which is likely, the pressure will mount in the Senate to pass the bill. The Senate has a small majority of Republicans, 52 to 48. 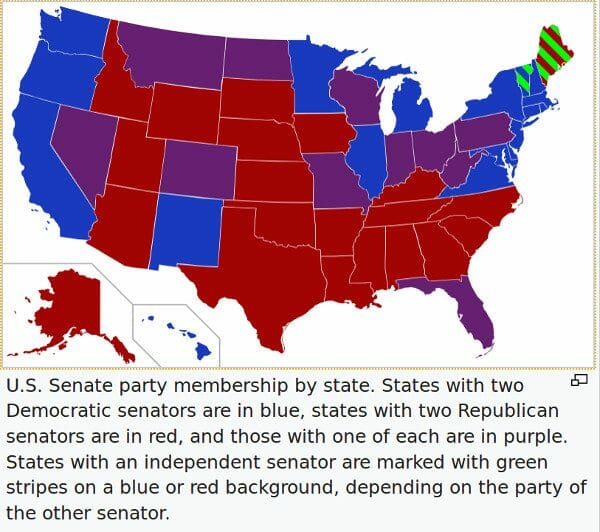 It will be a difficult trick for Senators from Shall Issue and Constitutional Carry states to explain why they voted to prevent their constituents from exercising their Second Amendment rights in other states.

Here are the Democrat senators that are most at risk in 2018, and the circumstance of concealed (discreet) carry law in their state:

The Republicans need to show significant differences from their Democrat opponents.

Donald Trump ran on national reciprocity for concealed carry. This issue can energize Second Amendment supporters to vote for the Republican, or at least, vote against a Senator that voted against exercising of the Second Amendment.

That does not mean they will. Infringing on the Second Amendment has become part of modern Democrats’ DNA.