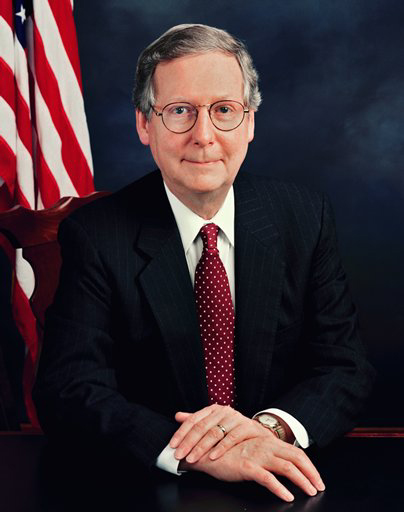 If Senate Democrats attempt to block Judge Neil Gorsuch’s nomination on Friday, Senate Majority Leader Mitch McConnell will amend Senate rules to deny use of the filibuster for Supreme Court nominees. Appearing on Fox News’ The First 100 Days, the Kentucky Senator declared that the GOP would/will be simply leveling-out a policy established by Democrats.

For 230 years, up or down, simple majority for Supreme Court, Cabinet, everything until [Senate Minority Leader Chuck] Schumer invented it, so it’s a fairly recent thing to filibuster executive branch appointments, The Democrats got frustrated after they invented this and broke the rules of the senate…four years ago to lower the threshold for everything except the Supreme Court. All we’ll do faced with this filibuster is even that up, so the Supreme Court confirmation process is dealt with just like it was throughout the history of the country….

We’re going to confirm Gorsuch on Friday. How that occurs depends on our Democrat friends…. There are no good arguments to vote against Gorsuch. None whatsoever.

There has only been one instance where a filibuster blocked a Supreme Court nominee: in 1968, when Abe Fortas’ nomination to be Chief Justice was filibustered. (Fortas was already an Associate Justice on the Court. In contrast to the partisanship of today, the nomination was blocked by members of President Lyndon Johnson’s own Democratic party who, even more oddly, did it over what sounded like legitimate concerns about the Justice.)

Given that every gun rights organization from the NRA to GOA has expressed support for him, this is probably good for the right to keep and bear arms in the long-run (though, as a cautionary reminder, in the best case, all this does is keep the Heller majority at its precarious 5-4 margin, and one never really knows how things will go until a live case is decided.)

For all the moaning Democrats are doing about Merrick Garland’s “stolen” Supreme Court seat (as though the Supreme Court was beholden to a political party, and not the people,) and for all of the silly claims being made about Gorsuch, the Democrats knew what would happen if they filibustered, and chose to do it anyway.

The fact that they’re doing it on a nominee that is almost universally hailed as likely to be a solid justice (even the increasingly leftist American Bar Association called him “well qualified”) makes me ask: did they want this to happen anyway?

Judging from Harry Reid’s parting comments to the left-wing Talking Points Memo last year (when he no doubt assumed President Hillary would be making Supreme Court appointments in 2017,) yes they did.

I really do believe that I have set the Senate so when I leave, we’re going to be able to get judges done with a majority. It takes only a simple majority anymore. And, it’s clear to me that if the Republicans try to filibuster another circuit court judge, but especially a Supreme Court justice, I’ve told ’em how and I’ve done it, not just talking about it. I did it in changing the rules of the Senate. It’ll have to be done again,” Reid told TPM in a wide-ranging interview about his time in the Senate and his legacy.

“They mess with the Supreme Court, it’ll be changed just like that in my opinion,” Reid said, snapping his fingers together. “So I’ve set that up. I feel very comfortable with that.”

This smells like a confluence of interests from both the GOP and the Democrats. Neither of them really want the filibuster to stay. As far as executive branch appointments go, this is tool that has outlived its usefulness. The President is supposed to have broad discretion to appoint various people to various offices, and the idea that 60, not 50, members of the Senate are needed to ‘advise and consent’ seems a bit much.

Congress retains the power to impeach members of the Judiciary and Cabinet Secretaries in the event of truly egregious conduct. Elections, as some wit observed, do have consequences. If it seems as though the judgment of the President plus 50 votes in the Senate is insufficient for a lifetime appointment, perhaps that’s a sign that the lifetime appointments ought to be reconsidered.

It’s also worth noting that Merrick Garland’s appointment was blocked without use of the filibuster at all.

That said, let’s hope that this little nuclear exchange is contained to appointments. Let us not forget that the filibuster has saved the Second Amendment from infringement by legislation that even the post-Heller Court would probably have upheld as constitutional, such as the unfortunate effort by Senators Manchin and Toomey to effectively abolish private transfers of firearms in 2013, which had a majority of Senators supporting it, just not enough to end a filibuster.