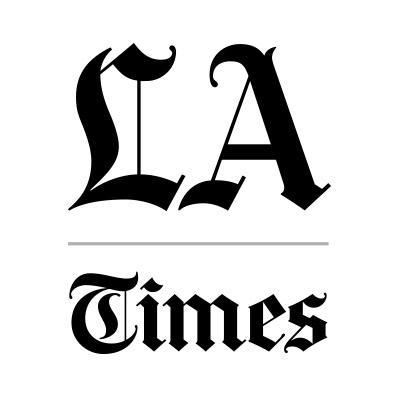 In the days following the attack by Islamic fundamentalists in San Bernadino, opinion in the legacy print media has been focused on promoting gun control, The idea being, I suppose, that more laws forcing the disarmament of law-abiding citizens would make them feel better, even if it doesn’t actually prevent anyone from (say) taking inspiration from a murderous foreign ideology. At most, the only innocent people who would be seriously hurt by such laws would be either poor white folks in flyover country, or poor black folks in the cities (i.e., no one who the coastal media and political elites actually know or care about) . . .

It’s therefore a pleasant surprise when I find something in the assault media that actually counter that trend. Yesterday, the left-leaning Los Angeles Times editorial board blasted President Obama’s proposal  (cribbed from the recently-voted-down Senate proposal by Sen. Dianne Feinstein (D-CA)) to bar people on the secretly-compiled, double secret government “no-fly” list and the equally mysterious terrorist “watch list” from purchasing firearms, which would violate several parts of the Bill of Rights. The article title says it all: “Should people on the no-fly list be able to buy guns? Yes.” Let’s take a gander.

[T]he United States doesn’t generally punish or penalize people unless and until they have been charged and convicted of a crime. In this case, the government would be infringing on a right guaranteed by the U.S. Constitution — and yes, like it or not, the right to buy a gun is a constitutional right according to the U.S. Supreme Court.

OMG! The right to buy a gun is a constitutional right? Please pass the smelling salts to your left-wing fellow-travellers, L.A. Times. But wait, there’s more:

How certain is it that the people on the two lists are dangerous? Well, we don’t really know, because the no-fly-list and the broader watch list are government secrets. People are not notified when they are put on, nor why, and they usually don’t discover they have been branded suspected terrorists until they try to travel somewhere….

According to the American Civil Liberties Union, which is suing the government over the no-fly list, the two lists include thousands of names that have been added in error, as well as the names of family members of suspected terrorists. The no-fly list has also been used to deny boarding passes to people who only share a name with a suspected terrorist. Former Sen. Ted Kennedy (D-Mass.) was famously questioned at airports in 2004 because a terror suspect had used the alias “T. Kennedy.” It took the senator’s office three weeks to get his name cleared.

Okay, just think about that for a minute. If it took Senator Edward Moore “a couple of phone calls plus a “Checkers” speech and I’m out of that whole Chappaquiddick mess” Kennedy, a forty-plus year member of the U.S. Senate at the time, and patriarch of one of the wealthiest, storied, and overrated political dynasties in recent American political history a full three weeks to clear his name from a terror watch list, what are the rest of us peons without such connections going to be able to do if we’re in a similar situation?

The L.A. Times of course throws in a paragraph in which it rants a bit about how it doesn’t like the fact that people can buy eeeevil black modern sporting rifles. Even here, though, it pushes through its ideology, at least a little bit:

But that [buying firearms] is a recognized right, and we find it dangerous ground to let the government restrict the exercise of a right based on mere suspicion….

Ending gun violence is critically important, but so is protecting basic civil liberties. Although we agree to the ends here, we object to the means.

It turns out that the LA Times isn’t the only part of the left-wing traditional media that is running for cover after Obama’s speech. Cathy Gellis of The Daily Beast also blasts the idea as a terrible one:

Normally we do not let the government strip people of their rights without demonstrating why they deserve to be deprived of them. Here, though, we would be removing that safety check. With this proposal we would be authorizing the government to act capriciously and unaccountably for any reason, including—and this point cannot be emphasized enough—bad reasons or no reasons at all, and against anyone, including—and this point cannot be emphasized enough, either—people just like you. There would also be no reason why, if the government could take away this right this way today, it couldn’t take away other rights you depend on having tomorrow the same way.

Even the Beeb took notice.

I’ve always believed that we’ll know we’re winning when people who hate guns are nevertheless acknowledge that the liberties protected in the Bill of Rights are a package deal, and if you come for the speech, conscience, and religion bits, you also get the bits that protect the rights of the accused, that make life harder for the police and security services…and, of course, the bit that protects the right of the people to keep and bear arms. At all times. For any purpose. You might accuse me of being an optimist (a charge to which I’ll plead guilty,) but seeing this editorial made me remember that perhaps the glass is starting to inch over the half-full mark.