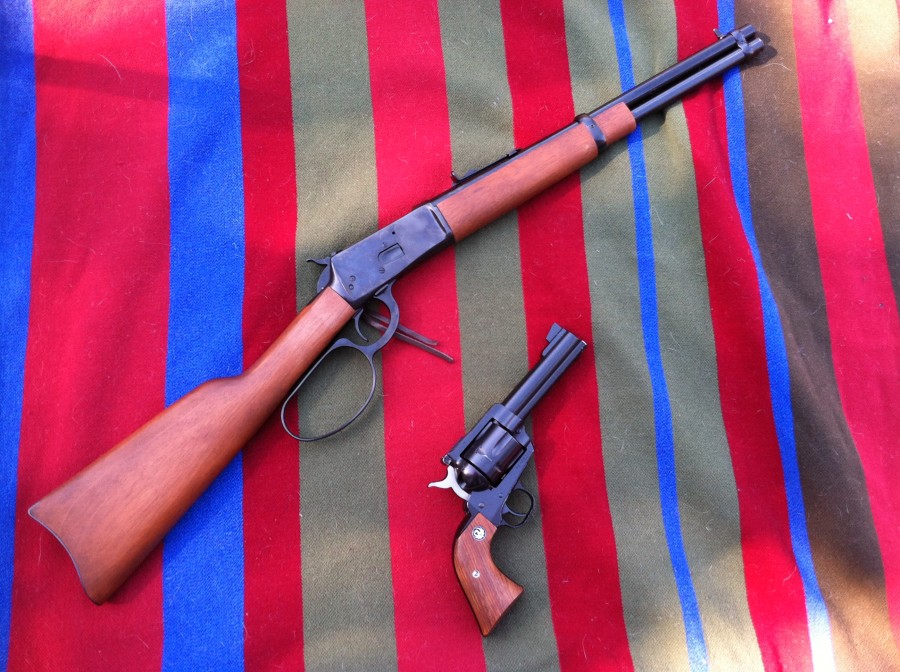 Rossi just sent me this 16″ barreled, 8-shot Model 92 in one of my favorite calibers, the ancient .45 Long Colt. This tiny carbine is just 33″ long and weighs under five pounds; I can’t wait to play me some ‘Rifleman’ at the quarry next weekend. (No twirling, though.)

The Ruger Blackhawk posing with it is one of my favorite pistols, even though I don’t get out shooting with it very often. The old Colt costs an arm and a leg if you shoot factory ammo, but handloaders love it for its generally mild pressures, long case life, and appetite for cheap cast bullets.

Stay tuned for the full review!