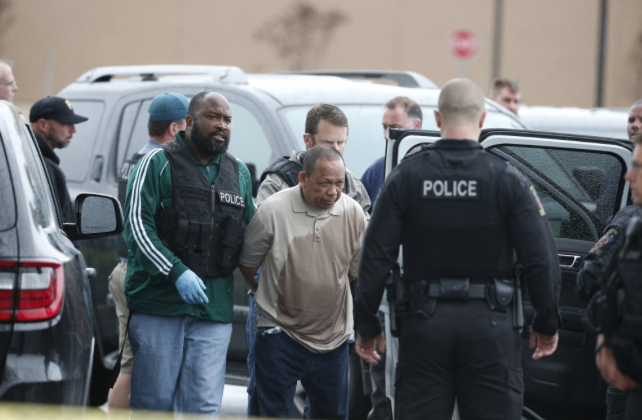 “Police in Montgomery County arrested a man Friday afternoon who is a suspect in the fatal shootings of a man at a mall in Bethesda and a woman at a grocery store in Aspen Hill, and is believed to have killed his estranged wife outside a Prince George’s County school on Thursday,” washingtonpost.com reports. “The arrest of Eulalio Tordil, 62, a federal police officer, ended a manhunt that began Thursday and forced authorities to put Montgomery County schools, government buildings and retail establishments on lockdown. Three other people were wounded [one remains in critical condition] in the attacks.” It is not known . . .

if Mr. Tordil surrendered the guns named in a restraining order filed by his [now deceased] wife: a .40-caliber hand gun, a .45-caliber hand gun, an M-4, a revolver and a “hunting gun.” The feds report that he turned in his badge and service gun. What does that tell you?