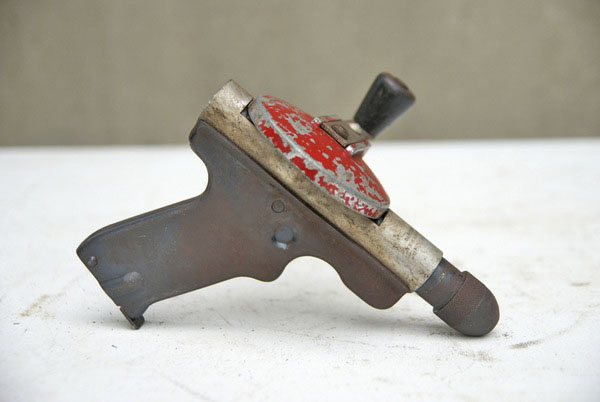 When you think of Ruger, you immediately think of drills and other hardware tools you would find in your toolbox, right? No? Well, that could have been the path Ruger had taken if things had gone differently after World War II. In 1946, Bill Ruger formed The Ruger Corporation in Southport, Connecticut. His goal was to supply parts to the firearm industry and eventually create his own pistol. One other key component of his business model involved developing a line of tools. You know – drills, screwdrivers, wrenches, etc. Within only a few years’ time, Bill Ruger was in a tough spot. Things weren’t going well and his company was in a bit of a tailspin that eventually led to bankruptcy. By 1949, The Ruger Corporation ceased to exist altogether. Despite this, Ruger learned some valuable business lessons in his failed venture. He learned what worked and what didn’t and also laid the groundwork for some of his pistol designs. That first business had to fail in order for Bill Ruger to team up with Alexander Sturm. If it hadn’t happened, we wouldn’t have Sturm, Ruger & Company today. One of the only tangible items that remain from The Ruger Corporation are hand drills. In an era of simplicity, Ruger’s hand drill fit right in. Ergonomically designed to fit in your hand and basic in terms of operation, the crank on the top powered the bit. Originally, the hand crank portion of the drill was red – a color still associated with Ruger today. Looking at it, you can easily see the foreshadowing in design of what would become the Ruger Mark series of pistols. Cover up the top portion of the drill mechanism and the basic form of the pistol is definitely there. You’d almost swear you could put an upper receiver on it and have a functioning pistol if it weren’t for the lack of a trigger. With Ruger’s new business venture firmly rooted in firearms, drills and other tools became a thing of the past. As such, they’re a rarity today and are highly prized by serious Ruger collectors. Obviously, condition is everything when it comes to collectability. The better the condition and the more red paint still left on the drill, the higher the price will go. Generally, they sell for a couple hundred dollars when you can find one. If Ruger had initially been able to sell his hand drills for that kind of money, he wouldn’t have gone bankrupt. But then again, I think I’d rather have Ruger firearms than Ruger screwdrivers.