The thing about reviewing a GLOCK is that, well, it’s like trying to review air. We all breathe it pretty regularly and it’s always around. It’s a common thing that we all tend to take for granted until it isn’t there for us. Now, I’m not saying that GLOCKs are necessary to sustain all life, but the new 19X is certainly a breath of fresh air.

First, it’s useful to understand what exactly the GLOCK 19X is and what it isn’t. It’s basically a G19 slide on a G17 frame. But an interesting thing happened earlier this year when it was announced and released.

I’d seen photos of the original guns sent in to the Army’s Modular Handgun System competition. I thought that the GLOCK entry was very cool and a departure from what they otherwise offered. I naturally wanted to put my hands on one and figured that they would eventually offer a version to the general public. I wasn’t wrong.

If you’ve been living under a rock for the last year or so, I have news for you: GLOCK lost the MHS bid to SIG SAUER’s P320 XM17/18 variant and chaos ensued across forums and gun publications.

Was the military wrong for selecting the P320 as their new service gun? Some seem to think so, others not so much. Oddly enough, the GLOCK variant, now known as the GLOCK 19X, wasn’t exactly given a hero’s welcome when it was released to the civilian market a few months ago. I tuned out the negative voices and determined to get my mitts on a 19X, mostly because it was a damn cool gun and offered some features I wanted to see in a full-size pistol. In what was a surprise to me, the general internet populace and others in the gun culture weren’t happy with it.

It thought the 19X had tons of potential, but it seemed like my opinion fell on deaf ears. I talked to lots of friends and colleagues in my professional media circles and they loved the idea of releasing the military variant to the public. So what went wrong?

What I found from talking to many people was that consumers decided that, with the 19X, GLOCK had released an unnecessary gun. They would have rather seen a G17 slide on a G19 frame. Or even a G19 slide with a G26 frame. The idea being that a shorter grip and longer sight radius was better for concealed carry.

I disagree with this concept, as I like a short barrel and short grip, but that’s just me. The thing I heard over and over again about the 19X was that GLOCK didn’t listen to consumers, but that’s false. People wanted the MHS handgun, and now it’s available. If you don’t like it, don’t buy it. If they hadn’t released the 19X, people in the forums and comment sections would have cried about that, too. 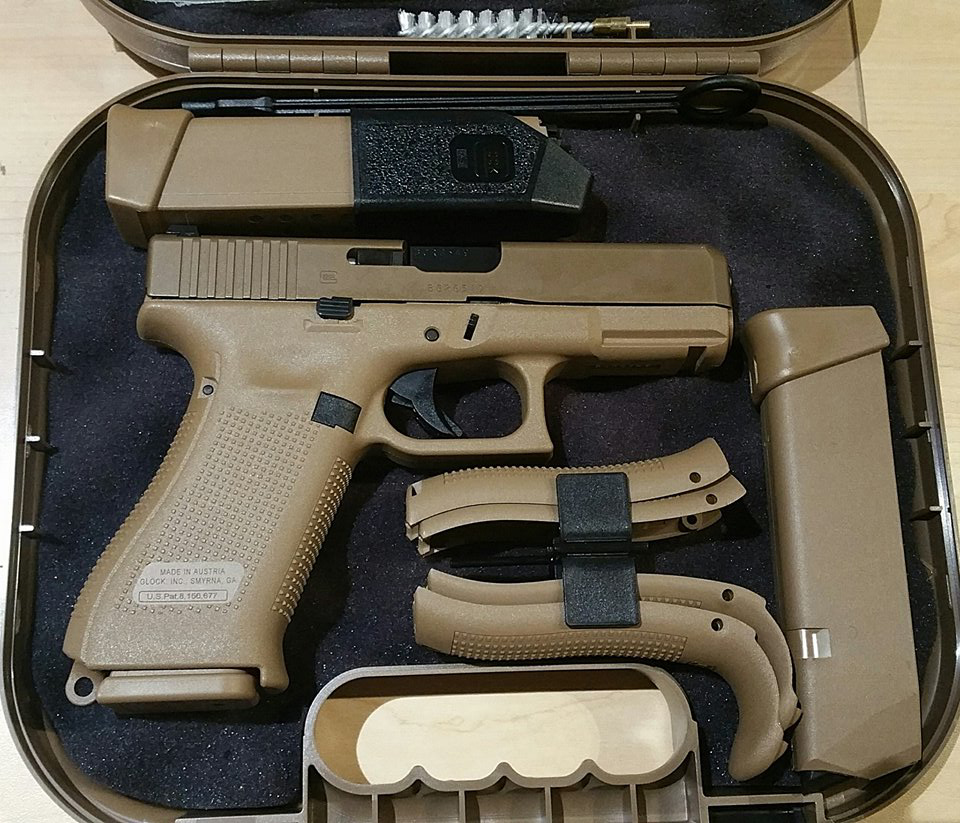 So, lets get on with the review. In the weeks I’ve had the 19X I’ve put a little over 2,000 rounds through it. I don’t know what some of the YouTube dorks were doing with this gun in the early days to make it jam (probably to generate more views on their videos with some manufactured controversy), because this thing runs exactly like a GLOCK always seems to. I had no issues to speak of in terms of reliability.

I fired everything from cheap ball to top-shelf Lehigh Defense loads and experienced exactly zero failures. I remember when the gun first came out it was supposedly plagued with stoppages and I saw none of that. In fact, it was so reliable that my testing was almost boring. I didn’t clean the gun at all in the course of 2,000 rounds. I didn’t mess with the sights, swap out a trigger, or even bother to take it apart to wipe out the copper-colored lube. I just picked the pistol up, took it to the range, and began ringing steel.

One of the features of the 19X is GLOCK’s new Marksman Barrel. The barrel features different rifling than GLOCK’s traditionally used in their pistols. This enhanced polygonal rifling is a genuine improvement over the old style and I noticed that the 19X displayed exceptional accuracy for a polymer-framed gun.

Part of that accuracy is also due to the 19X’s improved Gen5 trigger that GLOCKophiles have been loving so much. GLOCK’s triggers have always been their pistols’ weak point. Serviceable, but certainly nothing to write home about. They made a market for Ghost Triggers.

But with the changes GLOCK has made to virtually every aspect of the trigger assembly, (trigger bar, plunger, spring assembly and locking block), GLOCK’s Gen5 trigger is a breath of fresh air and a huge improvement from past models.  They may not quite beat a Ghost Trigger, but they’re a huge step up from the old mushy “sproing” so many shooters came to know and tolerate.

I fired thousands of rounds through this pistol as I mentioned earlier, but I did not chronograph or measure accuracy in all loads. Data here was recorded over my Oehler 35P chronograph at a distance of five feet from the muzzle at 55 degrees Fahrenheit. Accuracy is in inches at 25 yards, averaging four five-shot groups.

The barrel is, at least to me, a very substantial improvement over legacy options. I have always found that the barrel and accuracy was something that could be improved upon with many GLOCK pistols I have owned in the past. That improved accuracy is a big plus as I didn’t have to chase the sights or expect errant holes in my targets.

Moving on, the most visually striking features of the 19X is the color scheme. The nPVD-coated slide is the first colored slide that GLOCK has offered from the factory. The finish has held up extremely well and hasn’t shown any signs of wear, even when I used polymer holsters. 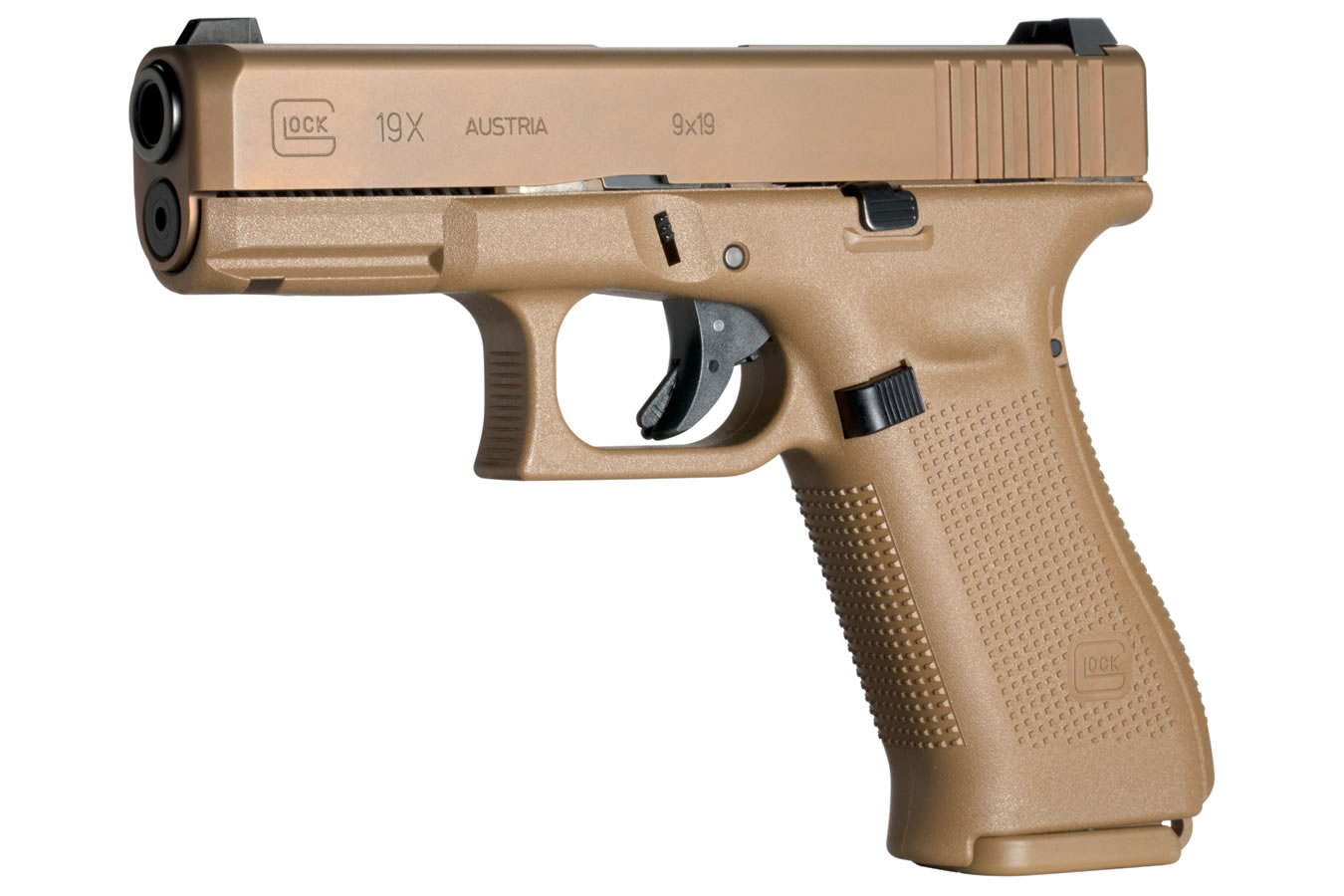 The frame features some things that are different than Gen 5 pistols. The 19X is basically part of the Gen 5 family, but isn’t quite a full member because of some differences in the frame. It doesn’t have the flared magazine well found on other Gen 5 guns, but adds a unique lanyard loop and a flared finger rest on the front near where your pinky would rest. In addition to these features, the grip has no finger grooves, which is an improvement all by itself. 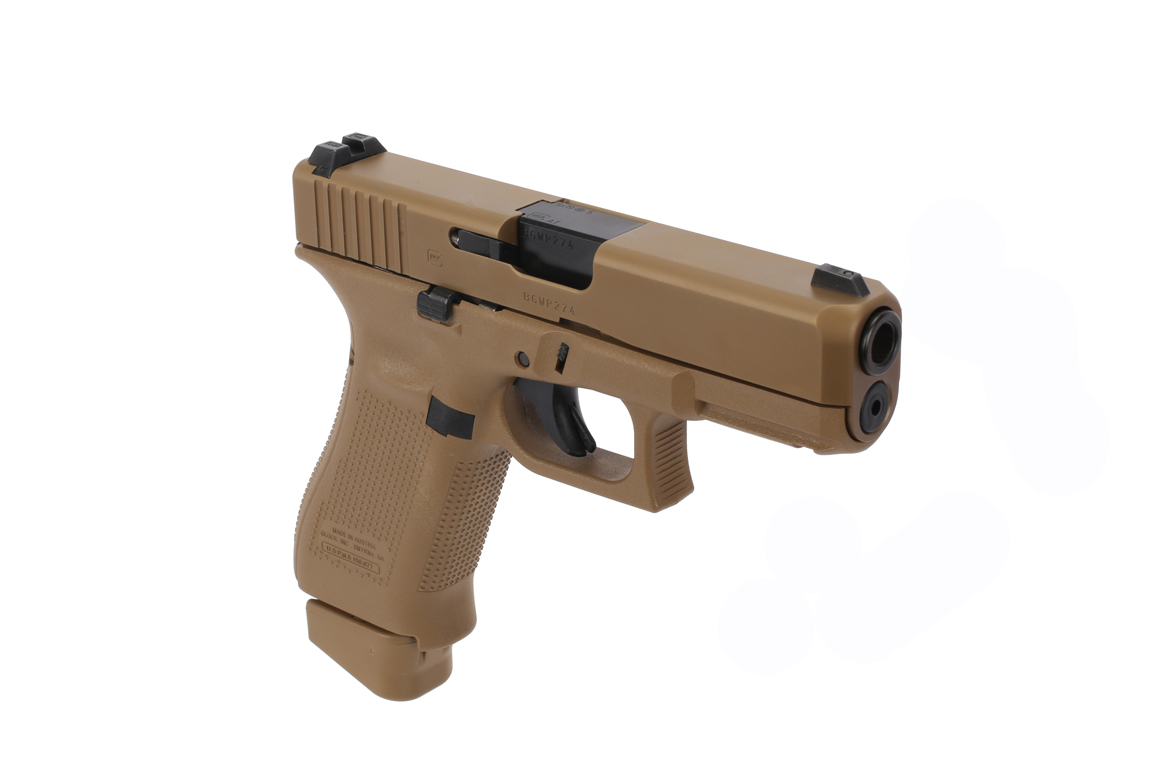 About that grip, it’s been the subject of much controversy. The full-size grip fills my hands well and allows me a more relaxed grip than with a standard G19. Those like me with larger hands feel we’re being squished onto the grip in many cases, but not so here.

Another set of features that I find most welcome on this gun are its night sights and ambidextrous slide stop. Both come standard and are highly functional. An unseen feature is inside the slide. The gun has maritime spring cups that allow water to drain around the firing pin assembly. This is a little addition, but for avid outdoorsmen like myself, it brings peace of mind when out near rivers and open water. 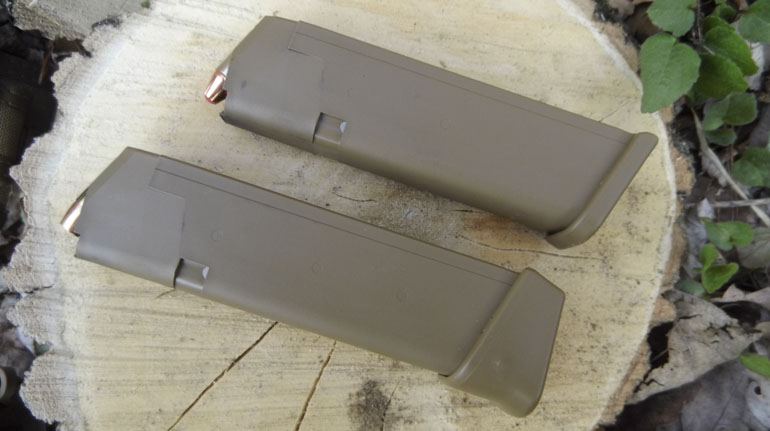 Lastly, the 19X ships with three magazines, one 17-round and two 19-rounders. I usually leave the 17 rounder in the gun and have the others ready to go in reserve. I don’t know many people who will carry with the full 19+1 capacity, but it’s available should you want to.

The GLOCK 19X is a very solid, supremely reliable, and accurate gun that’s somewhat unique on the market today. I hope that GLOCK continues to push its design barriers and make more guns like the 19X. I’d love to see a 19 frame with a 26 barrel and slid. Despite the controversy surrounding the 19X in recent months, there’s a good chance the 19X will make you and your safe extremely happy. There just aren’t guns on the market that offer as many unique and functional features as the 19X. It may not look like your classic GLOCK, but is shoots a hell of a lot better.

Reliability * * * * *
It comes as no surprise that this thing works as advertised. Perfection.

Accuracy * * * * *
This is by far the most accurate out-of-the-box GLOCK I’ve ever fired, and I’ve fired most of them. The Marksman barrel is a significant improvement.

Aesthetics * * * *
While GLOCKs aren’t known for their beauty, I love how this thing looks. Even the lanyard loop.

Ergonomics * * * *
Although it’s an improvement over prior generations, this is still a GLOCK and I still don’t like the backstrap system for adjusting grip size. All in all, in my large hands, it’s a very comfortable gun to shoot and handles like a champ.

Overall * * * * *
I’ll probably catch hell in the comments, but the 19X shoots great, handles well, and even looks good. And that third magazine is a definite plus.