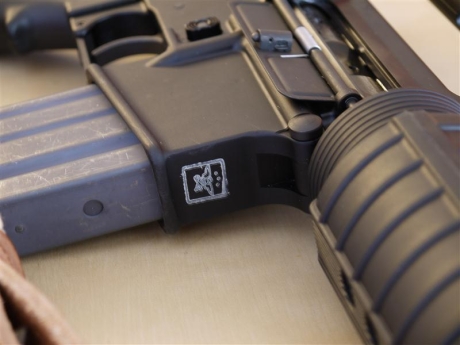 A rifle can have all the nifty features in the world, but if it doesn’t shoot well then what’s the point? In the last installment of this review we took a look at the visual and mechanical differences between the ArmaLite National Match M-15 Rifle and its Rock River Arms counterpart. To finish out the review, we examine how well each rifle handles and shoots.

Before I start ino the differences, I wanted to point out one last similarity. There’s a slight difference between a .223 Remington chamber and a 5.56x45mm chamber involving chamber pressure and where the rifling starts to engage the bullet. Instead of picking one chamber, both companies chose option “C,” the .223 Wylde chamber. According to testing, the Wylde chamber is able to handle the highest pressure either .223 or 5.56 can throw at it while also enabling larger rounds to be chambered. The standard overall length for .223 Remington rounds is roughly 2.26 inches, but the Wylde chamber can handle cartridges up to 2.47 inches, enabling larger bullets to be used (80+ grains).

Despite being almost identical in design, the two rifles feel very different. RRA’s rifle has a matte finish to the buttstock, while ArmaLite polished their bits so that they’re shiny and slick. Personally the matte finish on RRA’s rifle makes me a little uncomfortable when shooting it for a long time. The rough texture is a bit off-putting. In contrast, ArmaLite’s rifle feels much more comfortable against my cheek, especially after shooting for a while. 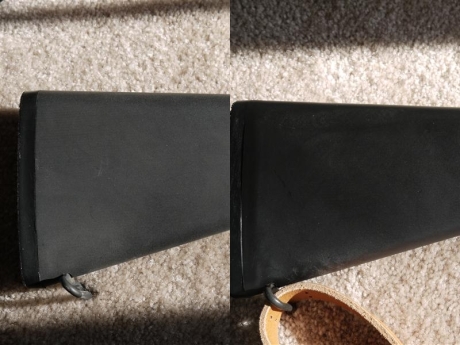 There was one last thing I wanted to mention before moving on to the part of the review that matters the most. I noticed this a couple days ago and was kicking myself for not including it in the first review.

Both of these rifles use what’s called a “free float tube” to isolate the handguards from the barrel. At the distances which National matches take place, any pressure on the barrel may cause it to move slightly and alter the trajectory of the bullet. Using a free float tube keeps the pressure from the sling and the shooter’s hand seperate from the barrel, meaning improved accuracy. 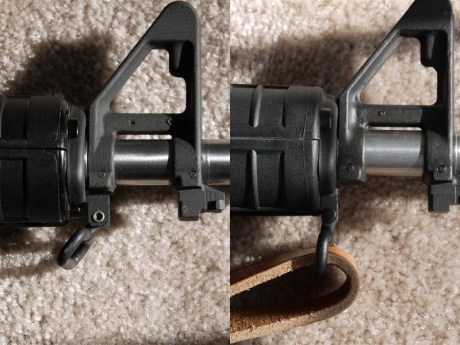 This was going to be the part of the review where I take these sexy pieces of aluminum out to Marine Corps Base Quantico (where I do most of my shooting) and get some great pictures of them on the 600 yard line, but the Corps had other ideas. They’ve closed Range 4 (my beloved 1,000 yard range) and are mining the berms for lead, meaning not only am I relegated to the NRA indoor range for the review but I’m missing out on some of the first High Power matches of the year. A real bummer.

Being moved to the NRA range has its upside, though. The lower light of the indoor range means that a clear, sharp sight picture is even more important, and the ArmaLite rifle has that in spades. I touched on the different rear sights in my last installment, but the change is even more distinct when you’re using them. The ArmaLite’s sights provide a much improved sight picture compared to RRA’s sights, with the front sight being much sharper and clearer.

Despite Quantico being closed, I was able to get some rounds downrange with both of these rifles. The targets below are “reduced” so that they would be accurate approximations of what the “real” High Power targets look like from a given distance and give a good idea of how well a shooter is doing, even if they don’t have a 600 yard range and pit service available. The target on the left was shot using the ArmaLite rifle, and the target on the right was shot with the RRA rifle. 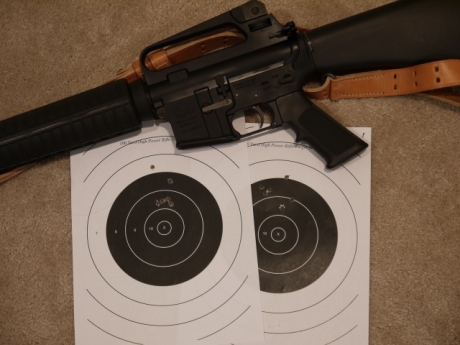 I get the distinct feeling that the majority of the difference between the two targets can be chalked up to the sights and the low light conditions, but the results are still pretty clear. ArmaLite’s rifle appears to shoot better than Rock River Arms’ rifle.

So what’s the final verdict? In my opinion, ArmaLite has produced a superior National Match rifle. In a sport where the design of a rifle is fixed it’s the little improvements that matter most, ArmaLite has hit the nail on the head.

Anyone looking to buy a Rock River Arms A2 rifle? I know someone selling his for cheap…

Ergonomics: * * * * *
With the caveat that a National Match Service Rifle is a fixed design, their choice of finish on the stock makes this rifle very easy on the cheek.

Ergonomics Firing: * * * * *
Again, the caveat is that all National Match Service Rifles have the same mechanics, but the two stage trigger included from ArmaLite is very, very nice.

Reliability: * * (* *)
[UPDATED 6/10/2011] There have been some… Issues. With failures to feed. We’ve fixed it, but factory fresh rifles shouldn’t have these kinds of problems. See this post for the after action report from the competition where it malfunctioned, then this post for our efforts to track down the cause, and finally this post for the solution. A crappy bolt (which was the root issue) is not something a competition rifle should have from the factory. Two stars in original configuration, 4 stars when fixed.

Customization: *
Customizing this rifle kind of defeats the purpose, but there are things to do here. Corrective lenses can be fitted to the rear sight, and the trigger kit can be exchanged if you choose.

Overall Rating: * * ( * * )
[UPDATED 6/10/2011] The best National Match M-16 style Service Rifle I have ever held or had the privlidge to fire, even with the reliability issues. With the original bolt I could only give this rifle a 2/5 due to the reliability issues, but once fixed (swapped in a new complete BCG) it’s a solid 4/5.