Modularity and end-user customization is all the rage these days. Precision manufacturing has revolutionized much of the gun industry, but seldom has that level of DIY (design it yourself) functionality entered the other parts of the business, such as support gear and other outdoor stuff. Today we’re looking at some knives that offer the widest degree of user customization I’ve ever seen.

The Knife Connection (TKC) has been around for a while as a retailer of may of the knife world’s most well-known brands. I only happened upon them by happenstance when I saw a blog post on a gear site I visit from time to time and it wasn’t immediately apparent to me just what it was I was looking at.

I ended up clicking through and the TKC site had brands I recognized, but being more of a gun writer I shrugged it off as something I couldn’t really do much with for work…until I saw that they had a knife builder page. This peaked my curiosity.

I saw what they called the Field Buddy 5.5, a rather basic looking knife, but when I opened the knife builder, I was immediately stunned that I could pick out options ranging from grip scales to ferro rods. The builder screen updates with your choices so on can see how it would look in real time.

I have a bad habit of losing my gear in the field when I’m out hunting. As any hunter will know, you somehow never find your fired brass and you’re sh*t out of luck if you drop a flashlight or even your cell phone in the dark.

I hunt in rural areas and I’ve set a bloody knife down and lost it literally right next to me several times. It’s like the little knife goblins come out and rob you. That said, I also lost my rifle once after leaning it in against a tree when I had to go get a deer in thick brush, but luckily the goblins didn’t snag it from me.

Point is, I needed something with high visibility to work with that didn’t scream Fudd, so I ended up putting together a Field Buddy 5.5 with blaze orange grips in an orange sheath. I also had the option to include a military type sheath system with a pouch that sandwiches the sheath itself, which makes carrying it super easy.

The accessories on the building menu are selective to the knife, so you have no risk of accidentally ordering the wrong size sheath or wrong grip panels. All in all, it was a very straightforward and pleasant experience that gave me satisfaction in ordering something that was tailored exactly to my needs.

The knives show up completely disassembled, but luckily include all the hardware to install the grips and assemble the sheath system. Assembly is easy and takes just a couple minutes.

I had my first field test in the early season last September, where I fully butchered two deer in a half hour each in the field without so much as needing to sharpen the edge. It was like a razor blade the entire time and the size of the handle was perfect for my hands. I have large hands and knives with small or narrow grips tend to make my hands cramp up during extended use.

The knife was eventually used to take down six deer over the course of the 2020 hunting season and it never needed anything more than a quick pass over a field sharpener. I will say that it probably didn’t need it because at the end of the late season in December it was still as sharp as day one.

The blades of these knives are made of 1095 steel and are finished with a durable clear matte Cerakote finish. There is a slight texture to it, which can make it so that fat and blood can cake on a bit more than on a plain steel blade. You can remove the grips to fully clean the entire thing if you have a particularly successful hunt.

I set up my Field Buddy 5.5 primarily as a hunting knife and it does very well in that role. When I like something, I usually need to have two of them. I saw that TKC was coming out with the larger Field Buddy 6.5 and I pulled the trigger on it as quick as I could.

I am only so creative, so I ended up with the same type of sheath system, this time in OD green, but instead of plain OD grips I opted for the set with orange liners. I really like how it turned out.

This bigger knife hasn’t seen as much use, mostly because I don’t want to lose it in the dark, but it has been with me as a utility and camp knife when I’ve went out for small game and on walking hunts. The blade of the FB 6.5 is thicker than the 5.5, although it still features the same edge geometry and tip profile.

The blade is thick enough that it would be a good candidate for general use and even taking down small trees or branches for bushcrafting and making fires. I’m not a guy who likes to baton knives and split wood with them. That has its place, but it’s very hard on the blade.

I am glad to see that more and more companies are offering on-site semi-custom services. SIG SAUER does this now with the P320 where you can build out a pistol as you like it on their website and your own configuration ships to you from the factory.

TKC has a truly wonderful setup here for knives and the choices are really up to you. If you don’t like my setups, you can go with red grips in a leather sheath or go stealthy black and grey on everything. 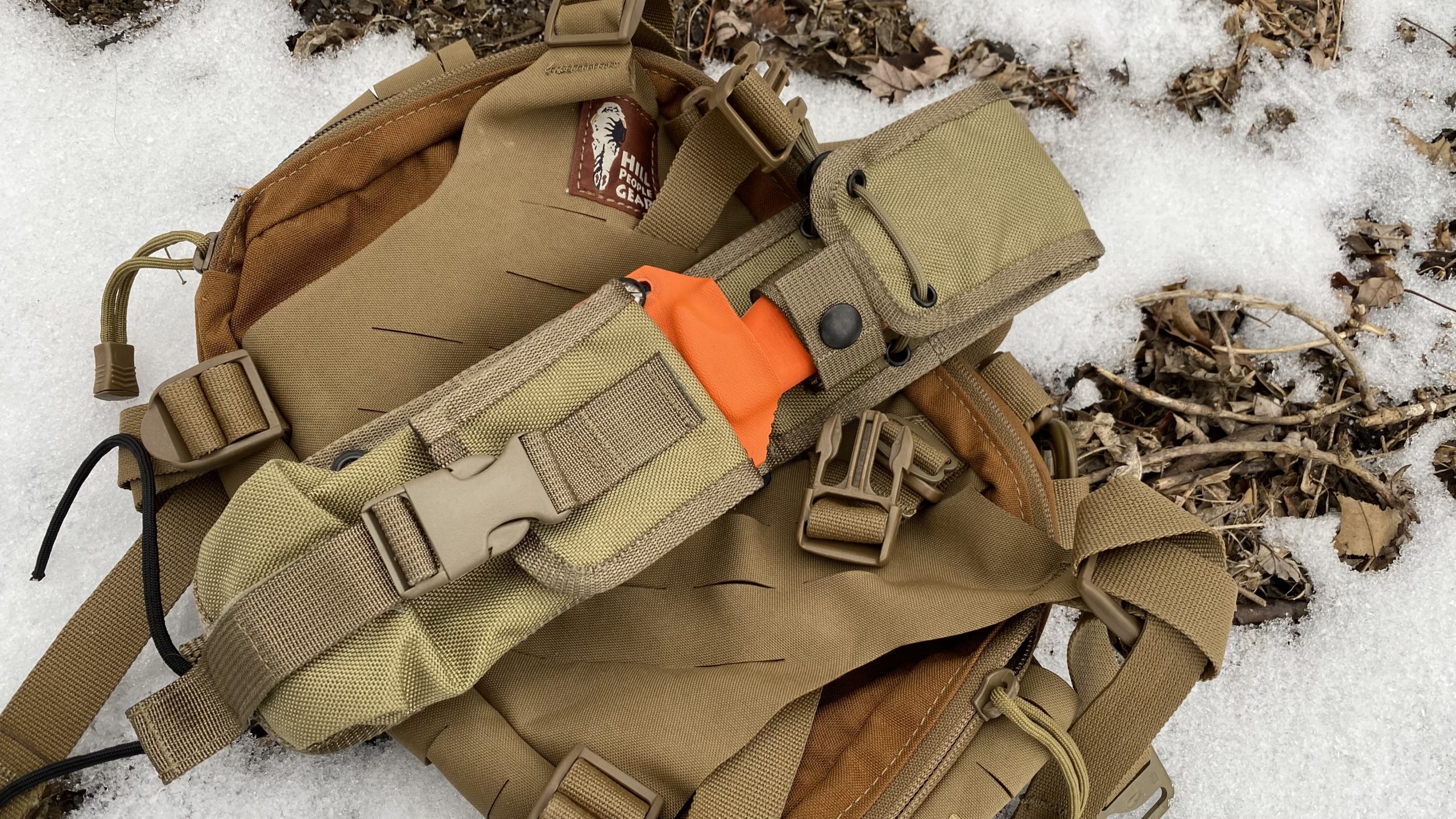 I need to say that TKC also carries grips for a number of popular ESEE and Ontario knives and these grips are a huge step up from the stock scales. ESEE makes great blades, but their grips have always been lacking to me, especially on the PR4, where they are just far too thin and have an odd texture. The paper-thin ESEE 3 linen grips are also not my favorite and TKC has wider and more ergonomic versions in a wide range of colors.

As a knife enthusiast I couldn’t be happier with the Field Buddy series. I can’t  believe how good these are for real field use and I have the satisfaction of being able to say I picked every feature on them.