For a lot of shooters, the primary barrier to moving past those 200-yard targets isn’t equipment or experience. It’s a desperate hatred of mathematics. The calculations required to figure out bullet drop, translate that into MOA (Minute Of Angle) and then decide how many clicks on what bit of the sights it takes to get the sights properly aligned is a daunting task—even for someone like me who uses math for a living. With more and more smartphones in the hands of shooters, they can finally let out a sigh of relief. There’s an app for that.

When I go to competitions, I typically check the weather conditions at the range, plug them into my handy ballistics calculator, print the result and bring it along. I know darn well what my holds are for the different distances. But having that extra piece of mind (with corrections for humidity, which is important down here near D.C.) means a lot.

Unfortunately, quite often the weathermen are wrong, or even more often the weather shifts remarkably from morning to afternoon. In NRA High Power, especially near the end of the day when you’re on the 600 yard line, that change in air density might mean the difference between a 10 and a 9. Having a device on hand which can quickly recalculate the trajectory might just give you the upper hand in the competition.

“Shooter” is an Android phone app that calculates the ballistic trajectory of your rounds using current atmospheric data. That info’s either collected from online weather stations (using the phone’s GPS to figure out your location) or pulled directly from a Bluetooth-enabled weather station. Plug in your load data and chronograph speeds and the program automatically plots a trajectory to your target.

The built-in bullet library is key. All of the major manufacturer’s catalogs are included; the shooter doesn’t have to go looking for the box of bullets to figure out the ballistic coefficient. Again, it’s already programmed in.

The best part of the application: the app’s extra features. Want to figure in the spin drift (sideways movement due to the rifling in the barrel) to the calculations? Just press the button. How about Coriolis Effect (factoring in for the Earth’s rotation)? Yup, there’s a button for that too. The app even uses the built in accelerometer in your phone to detect the angle of the phone, meaning you can mount it to your rifle and have it update the calculations automatically.

At the moment this app is only available for Android, and costs $9.99. For math-aversive shooters who don’t mind spending the time to master a new device, and like to put hole in the middle of a target with a gun from a long way away, it’s worth every penny.

Usability: * * * * *
Intuitive menu screens and a built-in bullet library make this app very easy to use.

Utility: * * * * *
A portable ballistics calculator is always a welcome addition to my range bag.

Look / Feel: * * * * *
Unlike some other ballistics apps available for Android, this one “feels” finished. Everything looks great.

Overall: * * * * *
This is an app that every Android-owning shooter should have.
Scan this code on an Android phone to go to the Market page: 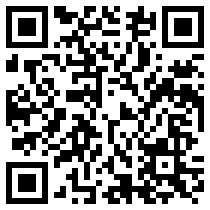