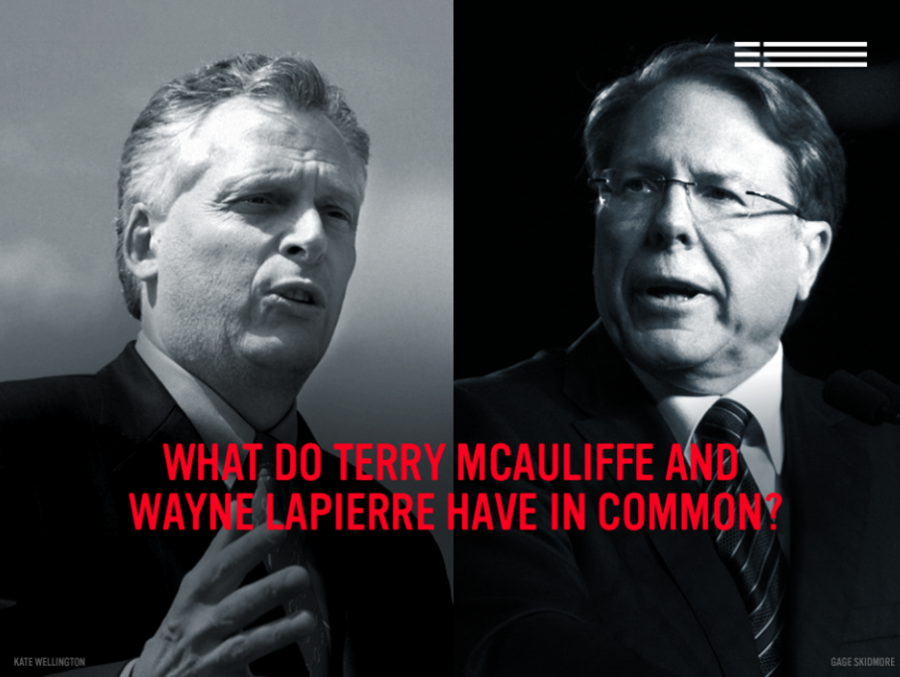 “Everytown for Gun Safety, a group bankrolled by a former New York mayor, poured $2 million into TV ads last fall in a failed bid to help McAuliffe’s party take back the state Senate,” washingtonpost.com reports. “On Wednesday, Everytown launched a social media campaign against McAuliffe, who last week stunned gun-safety advocates by announcing that he had struck a gun deal with Republican legislators and the National Rifle Association. It shows side-by-side photos of McAuliffe and the National Rifle Association’s Wayne LaPierre.” Here’s the accompanying text . . .

Last week, the Governor of Virginia Terry McAuliffe announced his support for a bill—backed by the NRA—that would allow people from states with virtually non-existent gun safety standards to freely carry hidden, loaded guns in Virginia.

This is the same Gov. McAuliffe who claimed he would “do whatever it takes” to end gun violence.

With this bill, he joins the likes of Wayne LaPierre as a voice for the gun lobby—not for the safety of Virginians and ending gun violence.

That post was dated February 1. Since then, Everytown has published two more anti-McAuliffe posts, including a postcard campaign to whack him in the proverbial pee-pee. You go, girls.