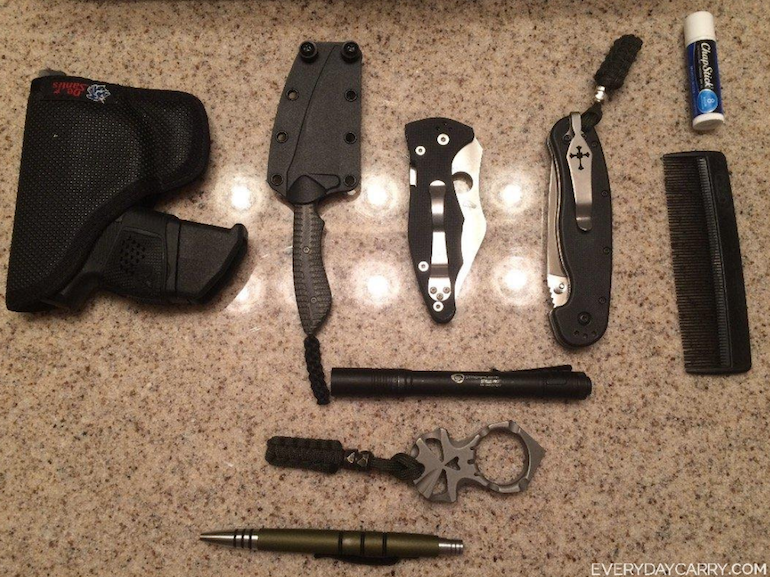 There are people who won’t carry a Taurus handgun due to reliability concerns. TTAG’s Jeremy S. gave the semi-auto a five-star review. In any case, I say you shouldn’t trust ANY handgun’s reliability until you establish that your gun feeding your ammo goes bang every time. In other words . . .

Don’t trust. Verify. If you can afford it, fire at least 100 rounds of carry ammo through the gun. If you can’t, make it twenty.

Once you establish that your EDC works with your choice of self-defense ammo, if you spent less than you might have on another brand, good for you! If the gun isn’t reliable, try different ammo. If that doesn’t work, sell the gun.

Take the loss. Get a gun that works, regardless of brand. And note: while some brands are more likely not to MALF than others, ANY gun can be a lemon. As you can see, the 41-year-old Georgia dock hand also carries an Empire Tactical titanium skull knuckle. [BTW all carry items are linked to sellers at everydaycarry.com. Well, except this one. And some others.] Along with a Spyderco Yojimbo 2 G-10 Plain Edge Blade Pocket Knife.

Clearly, this guy’s prepared to go hands on. Are you? And would a judge or jury look askance at the pissed off-looking skull knuckle in the wake of a defensive gun use, or, for that matter, a defensive skull perforation? Does that matter?