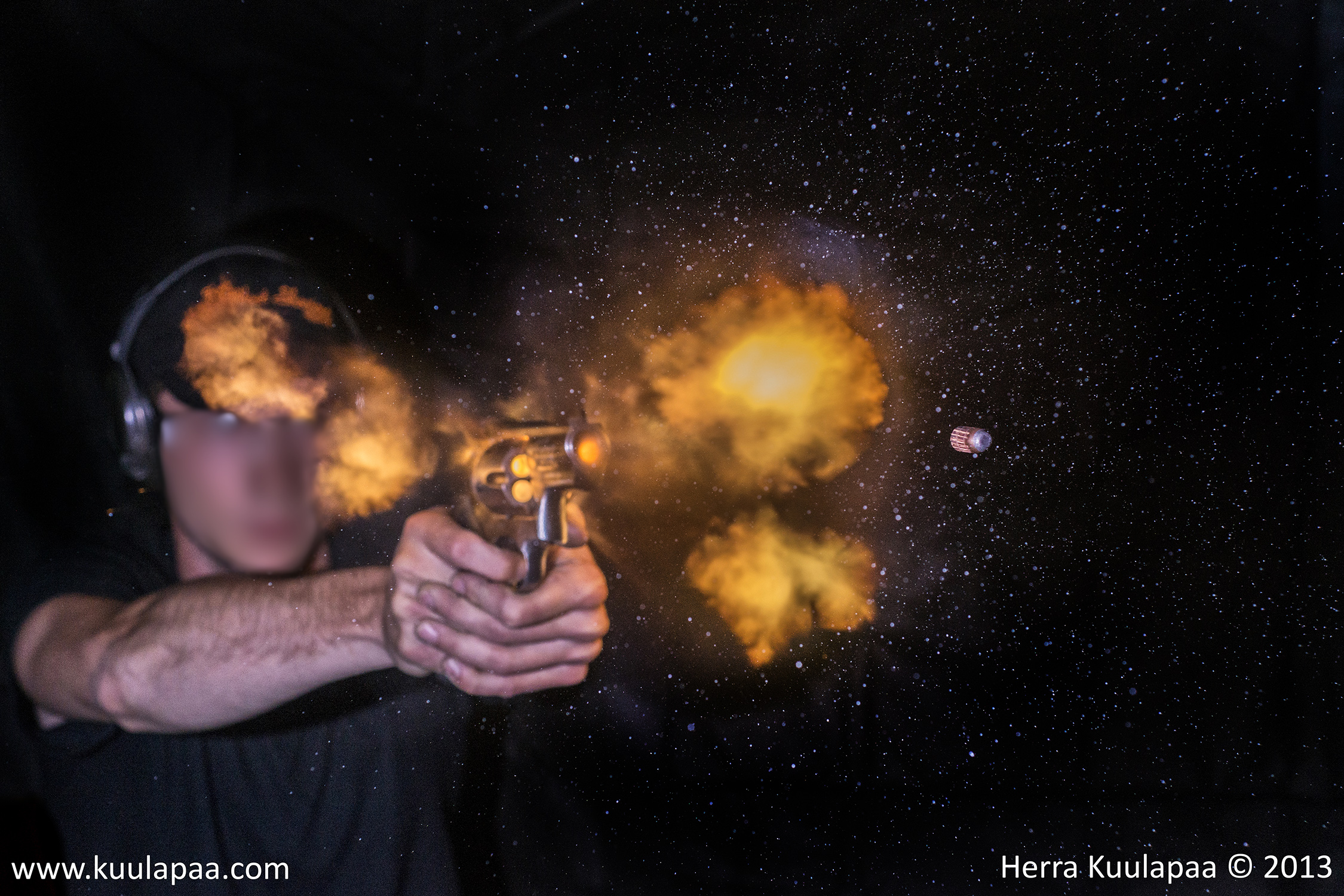 Finnish photographer Herra Kuulapaa has an ongoing project taking high-speed photos of bullets in flight. His stuff is worth a look. When you’re done, click the Home button and check out his other photos, too. Pretty awesome.

Residents in Charlestown, RI called police to report a low-flying helicopter near their homes with men inside firing guns toward the ground. Police responders interviewed the men, who told officers they were shooting at an abandoned car inside a gravel pit. The pilot (not one of the shooters) said he knew of pilots who have done the same in Texas. He was advised that this was Rhode Island. No charges have been filed.

A Louisiana student is in hot water after using a mobile app to go on a virtual mass shooting rampage at his school. The app overlays first person shooter-type graphics onto the real world as visualized by your phone’s camera, and lets you record what is displayed. A worried parent notified authorities after discovering the video on YouTube, and the teen was arrested for terrorizing and interference of the operation of a school. “You can’t ignore it,” said Major Malcolm Wolfe. “We don’t know at what time that game becomes reality.”

A oft-seen theme over the last few years has been new residents who have sprawled into areas near existing shooting ranges then trying to have those shooting ranges shut down due to noise and or “for the children” safety issues. In many cases, the mere fact of a lawsuit will force the range to close, as they often cannot afford to defend themselves in court. A new set of regulations in Pierce County, WA will hold shooting ranges in unincorporated parts of the county immune from citizen litigation about noise (or their mere presence), as long as the ranges abide by existing shooting hours (7a-10p) and land use regulations.