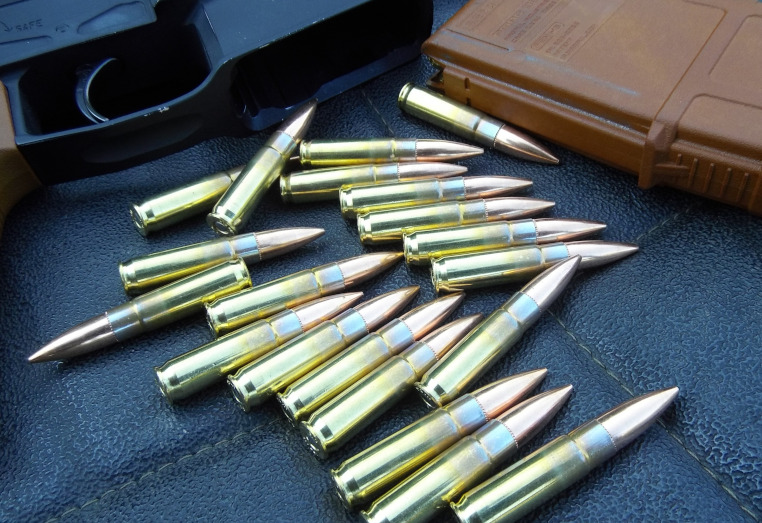 The .300 Blackout is a round that I have a great deal of experience on from the earliest years it was introduced. In this article I will share some of that experience with you and introduce one of the most popular and interesting cartridges of our current day. The beginner to this cartridge has a great deal to learn, so let’s get the basic facts across.

In the last ten years or so I’ve fired many, many thousands of rounds of .300 Blackout. I wrote a five-part series on it that was published on gun news site AmmoLand and it was met with great reception. People love the .300 Blackout!

In my time with the cartridge I have built several AR rifles with it that represented the very best of what is available on today’s market and truly pushed the little round to its limits. This article is meant to be informative for you so that you can understand what the .300 Blackout is in all its many forms.

First, I want to dispel some myths that surround the cartridge.

– The .300 BLK is a subsonic only cartridge. False. This is a commonly held misconception. The .300 BLK is a fantastic supersonic cartridge with ballistics that rival or equal 7.62x39mm. There are more technical ways to present this, but they aren’t worth getting into here. The round is commonly had with 110-125gr bullets that fly at speeds of up to 2400fps from a 16” barrel, although specialty rounds can be had that generate 2800fps and amazing accuracy at longer ranges.

– The .300 BLK is meant for short barrels. This is another misconception. The .300 BLK is a great cartridge from almost any barrel length. My own has a 7.5” currently and it does very well. Most common loads I fire through it show a reduction of about 15% going from 16” to 7.5”, which is really nice. I did the majority of my testing with .300 BLK out of a 16” barrel and fired supersonic ammo. It is a great modern alternative to a legacy .30-30 for many new hunters.

– .300 BLK is a short range cartridge. Again, false. I fired it past 500 yards on steel plates time and again. It isn’t the best for these ranges, but it will not become a spitball past 100 yards. I would say that my general effective range on a 100 yard zero and iron sights with the cartridge on silhouette plates is 300 yards, which is roughly the same as the AK and the 7.62x39mm.

– .300 BLK is not accurate. Again, false. It is as accurate, often more so than other current options. I’ve shot with mostly Faxon Firearms barrels, and they have all been exceptional. My current 7.5” barrel will shoot to 1.5” at 100 yards using SIG SAUER 125gr match loads. My bulk handloads using Hornady 125gr flatbase bullets and Lil Gun powder yield about 2-3” at 100 yards. Is a .300 BLK a sub-MOA machine? No and it isn’t supposed to be in most cases.

The beginner and the internet ‘expert’ alike have probably been misinformed by the properties of the cartridge if they believe the above prompts. Get off the couch and off of Reddit and go to the range is all I can say. The .300 BLK is probably one of the most flexible cartridges made for the AR platform and it offers a startling range of use when compared to other options.

The cartridge can handle virtually all bullet weights in .30 caliber from lightweight 78gr Lehigh bullets to massive 245gr hardcast lead bullets that look like cylinders at speeds ranging from 800fps up to 2800fps. To the chagrin of many detractors, these bullets typically shoot very well. In fact, you can even alternate them in the magazine and they will function. I’ve done this with subsonic and supersonic on one point of aim and they just printed two groups, subs lower and supers higher.

Because of the fact that it can handle literally any bullet weight, the .300 BLK has extraordinary elasticity in performance. You can shoot your local matches with it using 110gr bullets and a mild powder charge and then go hunting later that day with an advanced expanding bullet like the Hornady 190gr Sub-X with your suppressor attached.

The speed envelope of the .300 BLK means that bullets designed for it are designed to expand at those velocities. A great deal of technology can be fit into a .30 bore these days thanks to this cartridge. I will go so far as to say that the entire .30 caliber family has benefitted from the popularity and advancement of the .300 BLK in much the same way as pistol calibers have been advanced by the popularity of .380 ACP.

The new shooter interested in the .300 BLK should consider the following facts about it:

– Low Recoil. This is a very soft shooting cartridge and it is a joy to shoot. I find it even easier to use than .223 and that is already easy enough to get along with.

– Adaptability. As I stated above, the cartridge is amazingly versatile. You can use it suppressed, unsuppressed, subsonic, supersonic, with expensive custom bullets, cheap reloads, and everything in between. It is a dream for reloaders and bulk-minded shooters as well.

– Cost. The .300 BLK has always suffered a bit when it comes to cost. This is a rapidly changing situation, as many makers are offering bulk options. Companies like Mid America Munitions offer remanufactured loads in boxes of 50 for as little as $17.00 ($0.34/rd, or about the same as most 5.56mm out there). Bulk options exist for about $0.40 a round at other companies and can be found all over the place. The thing is, folks, bigger bullets cost more and it is a simple matter of material cost for .300 BLK. Specialty rounds can run much more, well into the $2.00/rd range.

– Availability. A quick trip to my local sports stores and Cabela’s revealed that the .300 BLK section is large and rivals or exceeds most other common rifle calibers. During my quick stops, I saw no less than a dozen manufacturers available with over 25 loads on the shelves.

– Parts Commonality. The .300 BLK is based off the .223 case body and the brass can be made by trimming down the neck and shoulder of the latter. Commercial brass is widely available, but some people still prefer to make their brass this way. As an added bonus, this means that the .300 BLK can use .223/5.56 magazines. The only part that differs from any .223/5.56 part is the barrel. It’s literally just a barrel swap in most cases. Since the case head essentially comes from .223/5.56, even the bolt is the same. The fact that it works with about 99% of AR parts out there with no modification is a major part of the .300 BLK’s success story.

– Power. The power level of the .300 BLK varies with the bullets used. In states that restrict bore size for deer hunting, the .300 BLK makes a ton of sense over 5.56mm options. All that is required is a barrel change and you’re good to go. The cartridge has, in my firsthand experience, an effective hunting range using supersonic bullets of about 200 yards with an ideal distance being about 50. Remember, hunting isn’t killing. It is a pursuit and a close shot is an ethical shot. Don’t be that guy and take risks with something’s life and try to extend your reach too far.

There is too much in the ever-growing world of .300 Blackout to cover here. The cartridge enjoys a massive following, is easily adapted to existing rifles and is made as a standard option by many gun makers, has nearly unlimited bullet options, and is affordable. The beginner should take a long, hard look at this cartridge and seriously consider it as a general use and do-all cartridge.