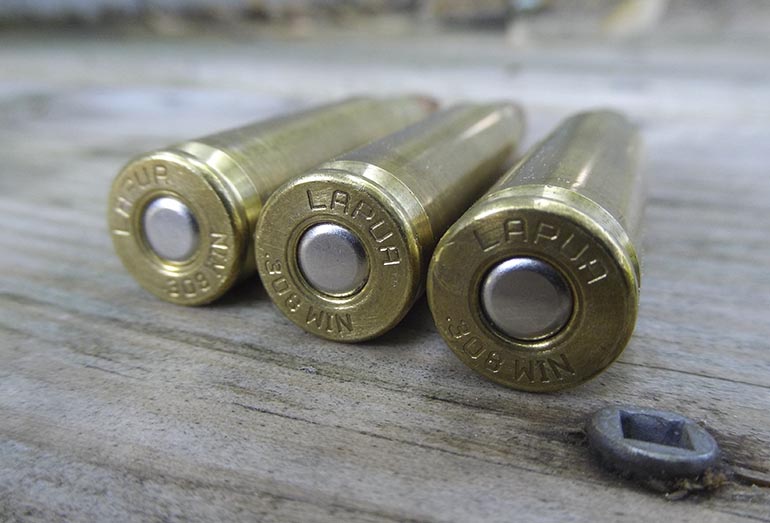 Following hot of the heels of .223 Remington (see my earlier post here) in terms of general popularity is .308 Winchester. The .308 has enjoyed a reputation of excellence for decades and deservedly so. Most shooters that grew up before and even during the AR revolution that wanted a do-all cartridge went with the .308 because of the large increase in power and myriad available bullet options. A good 9mm, .45 ACP, .223, and .308 Win was often what most people ended up with, or some combination thereof.

Unlike the nearly universal, plug-and-play AR-15 platform, the .308 hasn’t seen the same level of standardization. Many manufacturers out there are prone to having their own proprietary designs as far as AR-style rifles chambered for .308 (the so-called AR-10) and the same goes for generational differences in bolt actions. That said, there are plenty of great stand-alone options.

So what does the .308 Win offer a new shooter? In my previous (and contentious) articles on 9mm, .45 ACP, .40 S&W, and .380 ACP, I detailed many direct comparisons between them and riled up the normally civil and completely unbiased folks in the audience.

The comparison between pistol rounds was necessary as they all essentially occupy the same purpose and share an effective range of only a few yards at best. Their benefits are a matter of limited perspective and it’s important for a beginner to see the advantages and disadvantages among roughly comparable rounds. Rifle is a different ballgame.

For the new shooter the .308 offers some of the following benefits:

Some of the possible disadvantages to the .308, especially for a beginner, include:

Ammunition can be had from virtually any company that makes ammo. The list is incredibly long, but I’ll name a few new and not-so-new ones just to give you an idea of what’s out there.

When it comes to rifles chambered in .308, there are many different types and they all do slightly different things.

The .308 is a hard cartridge to go wrong with. Sure, there are some new calibers that do better at certain games, but the .308 is very hard to ignore for the beginner due to the fact that it can do almost anything required of a rifle cartridge while being wonderfully common and relatively affordable.