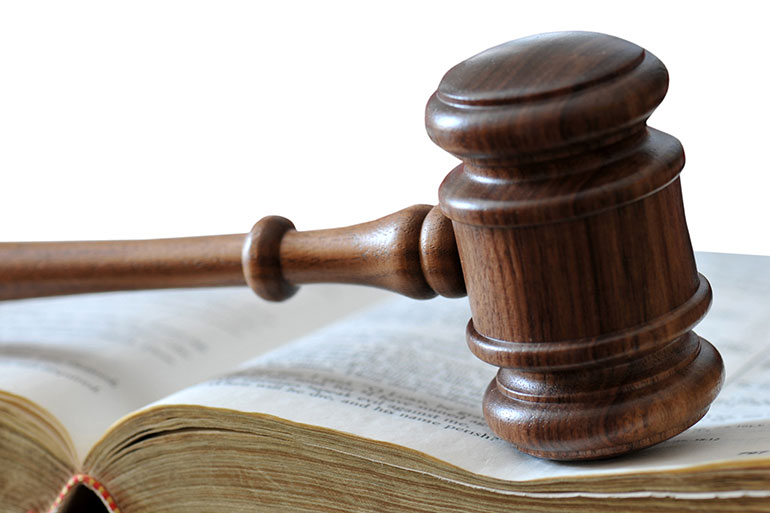 There’s been much sturm und drang in the online gun community over the last couple of days following the ATF’s prosecution of an Ohio man who equipped an AR pistol with a Maxim Defense collapsible cheek rest. The prevalent take is that the ATF has unilaterally changed their interpretation of the law, altered their earlier rulings on AR pistol extensions and are about to come for our pistol braces. Nothing could be further from the truth.

Most of the panic and over-reaction is traceable to a Prince Law post on the case. But that post doesn’t mention some key mistakes the prosecution and the ATF made and buries the lede, only noting at the end that, unlike over 95% of such prosecutions, the defendant was found not guilty and the ATF got their ass handed to them.

TTAG has talked with a number of people directly involved with the case in the last couple of days and here’s what happened . . .

Toledo police responded to a domestic disturbance call in March at the home of Kelland and Christina Wright. Mr. Wright, a Marine veteran, allegedly threw a cell phone at his wife and was arrested. As a part of an arrest for a domestic violence complaint, police confiscated all firearms in the home, including an AR pistol equipped with the Maxim cheek rest.

When the gun was subsequently examined by the ATF, they deemed it an unregistered short barrel rifle (SBR). That determination was based on the fact that, according to the ATF’s measurements, the Maxim cheek rest — which had been altered with the addition of a rubber “cane tip” on the end — resulting in a length of pull that’s greater than the 13.5-inch limit the ATF says is the maximum for any similar AR pistol accessory.

Wright had apparently added the cane tip to keep the gun upright when stored in his safe. Prosecutors argued that was an illegal alteration to the gun.

As a result, Wright was charged with possession of an unregistered short barrel rifle, a felony.

There were a couple of problems with the case against Wright, however. First, the ATF has never issued an official public opinion letter stating that AR pistols with such accessories — cheek rests, pistol braces, etc. — must have a length of pull of no more than 13.5 inches to avoid being considered an SBR.

The ATF had communicated that fact to various manufacturers in private opinion letters concerning their specific products over the years (and some of those companies have chosen to make those letters public), but nothing has ever been communicated to the general gun-buying public by the agency.

As a result, the defense argued that Wright had no reasonable way of knowing about the 13.5-inch length of pull limit. There’s a Supreme Court precedent in Staples v. United States that found a gun owner has to know that his firearm has characteristics that bring it under NFA regulation to be guilty of a crime.

The second problem had to do with how the ATF measured Wright’s gun. Here’s the standard method for measuring a long gun’s length of pull:

The distance is measured from the trigger to the rear-most point on the stock along a line that’s parallel to the axis of the barrel. Here’s how the ATF measured Wright’s gun: That’s right, they measured it on an angle. The defense pointed out that measuring that way isn’t standard and was done to produce the longest possible length of pull. In this case, measuring on an angle produced a LOP of 13.75 inches, or .25 inch more than the supposed limit.

The defense’s expert witness measured the gun the standard way:

And…what do you know? Wright’s gun — even with the cane tip attached — has a length of pull of exactly 13.5 inches when measured properly.

So to sum up, not only was Wright unaware of the double-secret 13.5-inch length of pull limit, but his gun didn’t even exceed it. The jury found him not guilty in less than an hour.

The Prince post also mentioned that the ATF asked for and was granted an order sealing a number of documents used in the case. As a part of their defense, Wright’s attorneys used a selection of those opinion letters the ATF had issued to manufacturers in connection with specific products under consideration. The ATF argued against releasing those for use by the defense in the trial, but lost that fight.

The ATF then, reasonably enough, sought to have those letters sealed and not included in the public record of the trial because they contained potentially sensitive competitive information concerning the companies involved…not because they were trying to hide any internal ATF decision-making from the public. Those documents were never intended for public disclosure unless the companies themselves decided to release them.

The other good news for Mr. Wright — besides the not guilty verdict — is that while the entire ordeal was no doubt extremely stressful, his defense didn’t cost him a thing. Wright was represented by a court-appointed attorney and came away owing not a dime.

The cherry on top is that the ATF and US Attorney were publicly embarrassed for prosecuting a frivolous case, one with a couple of gaping legal holes that never should have seen the inside of a court room. Long story short, an innocent man is free and the ATF hasn’t done an about-face on cheek rests, pistol braces or any other AR accessories they’ve previously said are OK. If you own an SB Tactical stabilizing brace, no one is claiming it’s no longer legal.