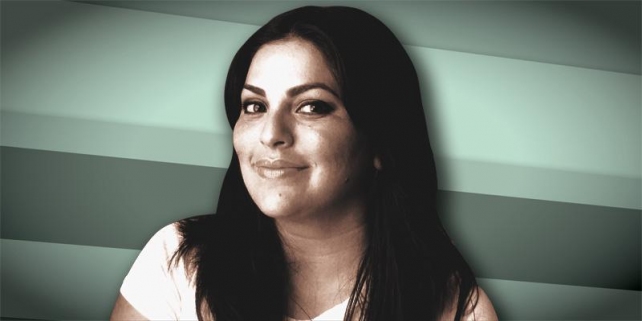 Crossing the threshold of self-perceived safety and uncertainty can be tough for some. Attaining your goals at a young age leaves some in a coddled, sterile environment, free of the pressures of living in our hostile, unfamiliar world. Your perception is not necessarily everyone else’s reality and sometimes you need to break out of your personal green zone to experience life from the viewpoint of those you’d never normally be found with in public. These are the kind of stranger-in-a-strange-land impressions you frequently find in media accounts of anti-gun types dishing up a bit of exposure therapy and heading to their local gun range. I normally avoid these pieces with their, “Oh my God, people are so different…and they have guns!” slant. However . . .

A young scribe from San Diego named Alex Zaragoza piqued my interest with a piece about visiting a gun range for the first time oddly called, “Getting gunshy around heavily armed children.” Good job, Alex. You got me thinking. And once I came to, I realized all that disorientation isn’t really about guns or controlling access; it’s about trust.

Alex and her friends entered an environment full of people with loaded weapons. And it took a pretty good amount of trust in strangers to be able to overcome the hoplophobia she’d been fed by anti-gun groups (and echoed by most of the media) to do that.

But she managed to step out of her safe zone and was able to see past the “cultural localization” tends to cloud our view of others. And what did she see? Normal adults – and children! – having a blast shooting their guns.

Though I wasn’t present, I’m guessing everyone present acted in a safe, mature manner while practicing with their firearms. In fact, Alex was surprised more by the need to put her trust in complete strangers than she was by the variety of folks she found who are interested in guns and shooting:

In the shooting gallery, there was a teenage boy shooting a huge semi-automatic weapon while a scrawny blond boy looked on, holding a hunting rifle. A man was firing off blast after blast of some insane-looking gun the likes of which I’ve seen only in the recent Batman movies. At any point, they could’ve turned around and started shooting up the place and we’d all be goners. It’s a realization that lingers like an odd smell: I could be shot dead by a kid who doesn’t reach as high as my nipples.

I hope Alex came away from her foray with the realization that responsible gun owners aren’t the problem; criminals are the ones who shoot people and couldn’t care less about laws that ban weapons or limit ammunition capacity. The fear that’s so evident in most anti-gun rants is really about trusting strangers, isn’t it? Cops carry guns and no one complains them; LEOs are our friends and we trust them with our security. It’s the stranger with a gun that scares people most.