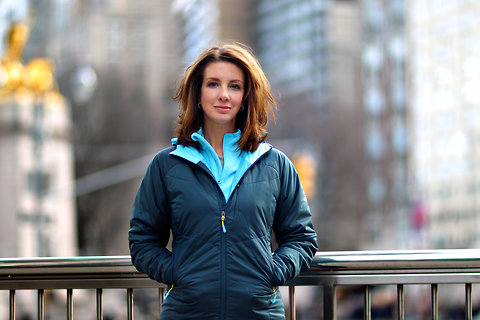 A few days ago, Mother Jones ran an article detailing the atrocious behavior of “gun bullies” who reportedly spat on a woman in a wheelchair after seeing her on TV speaking in favor of gun control. It was the perfect story to illustrate just how vile and despicable these evil gun owners were, that they would spit on a woman. In a wheel chair. And that no one would help her. It evokes strong emotions — anger, hatred, and a desire to help this poor woman. In other words, it’s the perfect anti-gun propaganda piece. There’s just one problem: it never happened . . .

Hmm. So this incident reportedly occurred on April 25 at the Indianapolis airport after the concourse television aired a report on the Every Town for Gun Safety protest outside the NRA convention?

That’s odd – the TV report never made it on the Everytown for Gun Safety website.
And, since the Indianapolis airport airs CNN on their TV screens you’d think you could find their report on the protest on their website, right?
Nope. It’s not there.
CNN has no record of the protest.

TV Eyes also has no record of Jennifer Longdon on cable news on April 25.

It looks like Mother Jones was just caught in a lie.
They really ought to do better research next time.

There was no recording of the speech played on the televisions. According to the Indianapolis police, there is no record of the incident ever happening. In fact, there’s no evidence whatsoever backing up any of the claims made by Moms Demand Action and Mother Jones.

Mother Jones is, as we all know, the epitome of activist journalism. They don’t really care about the truth, they just care about pushing their specific agenda and will accept at face value any story that the gun control advocates present them. Not one single fact about the story was true (other than Jennifer being at Indianapolis’ airport to fly home), and yet it still touted the news as if it were gospel.

This is the most crystal clear example of the difference between the two camps. Gun rights folks use facts, logic, statistics, and common sense to make their arguments and draw their conclusions. Control freaks like Shannon Watts and Mother Jones don’t even care about the facts so long as it feels right — they are running solely on emotion and nothing else. That’s what makes them so dangerous: they have no moral compunction about running a complete lie so long as it supports their cause.