Pistol caliber carbines are the hotness right now. Especially in 9mm Luger. Everything from the SIG SAUER MPX to the dozens of AR-15 pattern guns introduced over the last couple years have been chambered in that well-loved caliber. Flint River Armory is doing something different, introducing a completely redesigned and improved AR style rifle in .45 ACP. They started by addressing the weak points of the AR-15 platform, starting with the receiver extension pillar at the rear of the gun. Where there would normally be an attached buffer tube there’s now a solid piece of aluminum with a takedown pin at the top of the assembly instead of the bottom. It’s a stronger design, but it does mean that other existing upper and lower receiver combinations won’t be compatible. 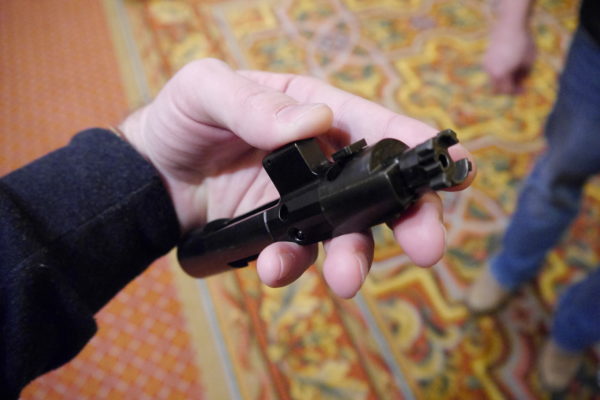 There’s a charging handle on the left side of the receiver instead of the rear-mounted handle as in typical AR designs. Last but not least, they designed their own magazine for the gun, a double stack .45 design which fits snugly into the mag well.