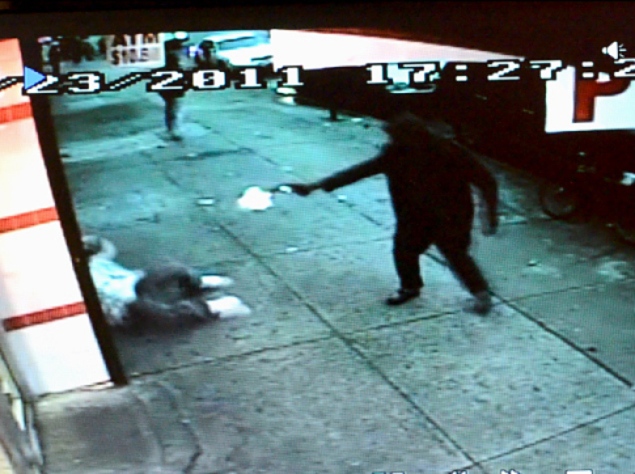 The New York Daily News has crunched the latest Big Apple crime stats. The paper’s headline: NYC murder rate down, but 5 tough police precincts in Brooklyn, Bronx and Queens tally 25% of the city’s shootings. Really? You mean there aren’t regular gunfights outside of Saks Fifth Avenue? The Daily’s data mining has unearthed a number of surprising stats—provided you don’t use what gun grabbers euphemistically call “common sense.” For example, “49% of all murder victims are involved with drug use and/or drug sales” and “67% of murder victims are black, with 25% Hispanic and just 4% white.” Just? Did they say “just”? Like Caucasians are somehow crime death deprived? Make the jump for some more piercing glimpses into the obvious. Meanwhile, killers used guns in “just” 62 percent of all murders. Which means that 38 percent of NYC murders did NOT involve firearms. How ’bout them apples Mayor?

The days, times and places where death is most imminent for New Yorkers:

Much of the data mirrors past years, when black men were most often targeted in fatal shootings.

Don’t you hate it when they do that? The text clearly implies that black men are targeted for being black. Hmmm. Whom should I shoot today? Black man, white man. Black man, white man. As for three to four am being the “deadliest” time of day, clearly the writers don’t suffer from the 3 o’clock slump. But seriously we can now add to one of our favorite pieces of self-defense advice: avoid stupid people in stupid places doing stupid things at a stupid time of day.

The city’s homicide total stands at 476 through Tuesday, compared with 470 for all of 2009. Police suggest the bump indicates the NYPD is also a victim – of its own success after last year’s record low.

Tony Fields, whose barbershop sits in the city’s most lethal precinct, never noticed much change around his East New York business. “It’s not that complicated,” said Fields, 44. ‘Lots of guns and drugs equals a high murder rate. Get rid of the drugs. Get rid of the guns. Get rid of the murders.'”