Ever driven a tank? There’s nothing quite like putting the pedal to the metal on a vehicle that weighs as much as a small house. Especially when you’re thundering down a simulated WW2 battlefield environment, complete with obstacles, drop-offs and spring fed crossings.

But let’s face it: driving’s a tank’s only half the fun. Shooting the tank’s main gun is the rest of the rush. And then some.

There’s only one place in the United States where civilians can experience the simple joys of sending actual tank rounds downrange, fired from an actual tank: Texas’s DriveTanks.com located at Ox Ranch. A ty govorish’ po russki? We don’t speak Russian either. But our Russian T-34/85 tank is gassed-up and loaded for bear [sic]. Equipped with the larger 76mm gun, our T-34 saw action in Russia’s final assault on Berlin. And it will see action again in the Lone Star State — when you’re in command. If you’re looking for something a bit more modern, climb aboard our FV101 Scorpion Light Tank. The British entry — deployed from 1974 to 1993 —- was built for speed. Fifty-one miles per hour, to be exact.

But there’s nothing slow about the projectile you’ll fire out of its main gun. Or the smile that will spread across your face when you unleash a 76mm shell into an actual car under the clear blue skies over Texas. 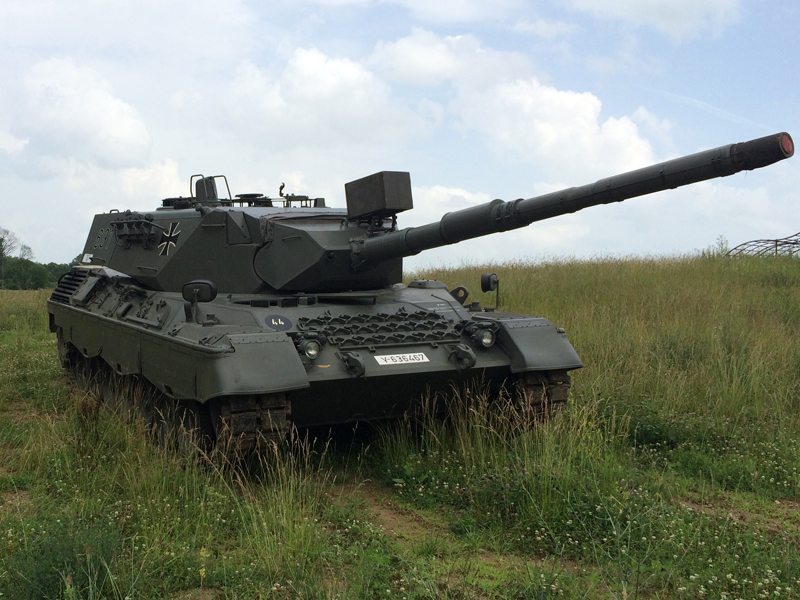 We offer other Tanks and infantry fighting vehicles for your dining and dancing pleasure, including the West German Leopard 1AF Main Battle Tank and the British Chieftain MK6 Main Battle Tank.

But if you want to experience the exclusive, once-in-a-lifetime thrill of driving and firing a working tank, there’s only one place to do it: DriveTanks.com located on OX Ranch. Click here to book your tank adventure now or call 830-521-TANK (8265) to sort out the logistics.

And when you’re done, when you’re looking at your videos and photos, it’ll be tanks for the memories. You’re welcome.