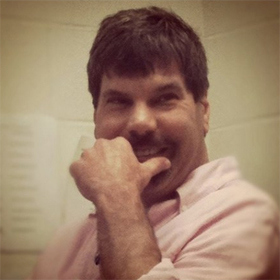 “I am not a New York gun control liberal,” Christopher Swindell assures readers at wgazette.com. “I support a shotgun for home defense, a handgun for limited conceal/carry, and an assortment of hunting rifles to balance West Virginia’s exploding deer population (as evidenced by hourly collisions with cars). So, I am hardly out of the mainstream.” Lets hope not. The low-rated Marshall University of Charleston (WV) J-school professor’s Op Ed Gun Safety debate is B.S. calls for military action against the NRA for daring to suggest that Americans should tool-up to defend their Constitutionally protected liberty against government tyranny. No really . . .

The NRA advocates armed rebellion against the duly elected government of the United States of America. That’s treason, and it’s worthy of the firing squad. The B.S. needs a serious gut check. We are not a tin pot banana republic where machine gun toting rebel groups storm the palace and depose the dictator.

We put the president in the White House. To support the new NRA president’s agenda of arming the populace for confrontation with the government is bloody treason. And many invite it gladly as if the African-American president we voted for is somehow infringing on their Constitutional rights.

Normally, I am a peaceable man, but in this case, I am willing to answer the call to defend the country. From them.

To turn the song lyric they so love to quote back on them, “We’ll put a boot in your —, it’s the American way.”

Except it won’t be a boot. It’ll be an M1A Abrams tank, supported by an F22 Raptor squadron with Hellfire missiles. Try treason on for size. See how that suits. And their assault arsenal and RPGs won’t do them any good.

Obviously, the website’s comments section is closed, lest someone call out Mr. Swindell about his insinuation that gun owners are racists. Forestalling insurrectionists and/or patriots who wish to disabuse Mr. Swindell of the notion that armed Americans who support the NRA’s agenda should be lined-up and shot.

You can do so here. Or use this opportunity to correct the prof about the missiles carried by F22s, and the likelihood of F22 pilots bombing their fellow Americans. And the availability of RPGs at your local gun store. Like that.

Meanwhile, I was dining with Frank Williams last night. I asked our Editor “What will happen if the feds classify the NRA as a terrorist group?” “They already have,” Frank replied. “Just not officially.”