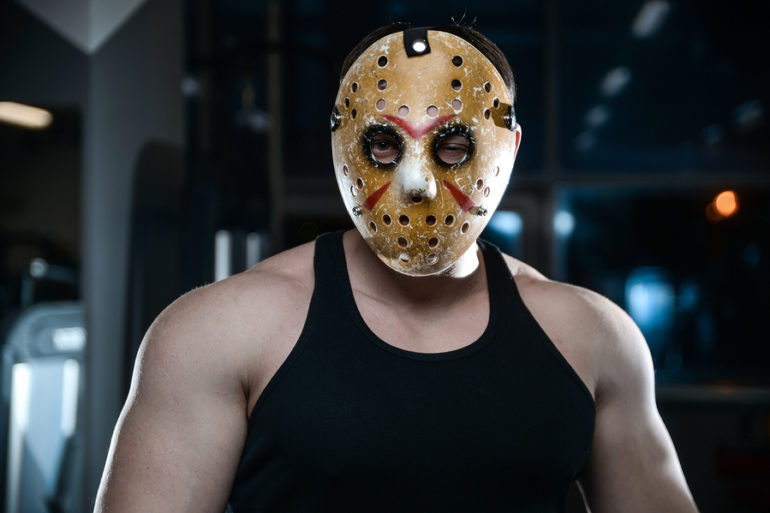 We’ve been told by all of the most intelligent people who are steeped in firearms and personal defense knowledge that NO ONE NEEDS AN AR-15 TO DEFEND THEIR HOME.

Nobody needs an AR-15 to hunt.

Nobody needs a semi-automatic rifle to defend their home.

But mass shooters NEED these weapons in order to murder as many people as efficiently as possible.

And so nobody will miss them when they are illegal – except for the killers.

If you can’t trust a couple of distinguished US Senators for personal defense advice, who can you trust, right?

We know one central Florida man who would beg to differ with those distinguished elected officials. A robbery attempt this week resulted in a shootout between a Summerfield homeowner and four (NO ONE NEEDS MORE THAN TEN ROUNDS) would-be home invaders, one of whom was wearing a Jason mask when the police found his dead body in the man’s dining room.

The robbery really didn’t go quite the way the four envisioned it.

Marion County sheriff’s officials say a homeowner armed with an AR-15 shot and killed two intruders and was injured himself during a home invasion robbery in Summerfield Wednesday night.

Two other robbery suspects — Robert John Hamilton, 19, of Ocala, and Seth Adam Rodriguez, 22, of Belleview — were detained near the scene, according to the Marion County Sheriff’s Office. Since two of the four were killed by the homeowner, a murder charge comes into play for their accomplices.

It’s not clear why Hamilton wasn’t charged with murder as well.

The 61-year-old homeowner was wounded in the exchange of gunfire, but will survive.

The homeowner told Detective Travis O’Cull that, about an hour before the shooting, a male who he barely remembers from a past Craigslist transaction, knocked on the front door, according to sheriff’s officials.

The homeowner said he did not open the door but saw the male peering through a back sliding-glass door. He said he asked the male what he was doing and was told he needed help with his vehicle.

The homeowner said he told the individual he was disabled and couldn’t help him. That person then left and homeowner went to sleep.

The homeowner told the detective he was awakened by a loud noise and grabbed his AR-15, which was near his bed. He saw a masked person inside the home, he said, and he and the intruders exchanged gunfire. He said he shot at the man in the mask and at a second person coming toward him.

The homeowner said it was Jackson who shot him.

But remember, AR-15 rifles are weapons of war and have no place in a civil society. They’re useless for hunting and have no earthly purpose for self defense. And no one has ever been in a personal defense situation and required anywhere close to 10 rounds of ammunition. Got it?