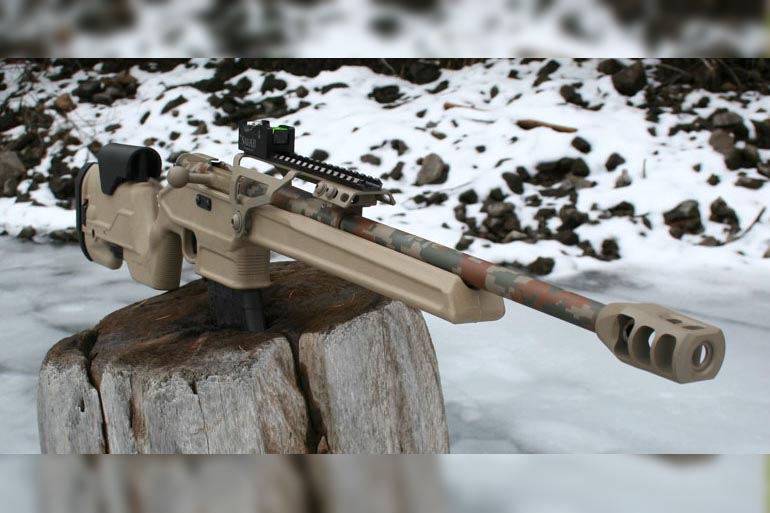 You might occasionally run across a few guns on the surplus rack or an auction site that are “sporterized” military surplus rifles. They’re getting fewer and farther between as bolt-action rifles have all but disappeared from military use outside of sniper roles. And modern sniper rifles don’t really need the sporting treatment.

Plenty of Springfield rifles – both 1903 and 1917 – Mausers and the odd Mosin Nagant has been given the sporterizing treatment after finding their way into civilian hands. So if you search for a Mosin Nagant, or a Springfield or M48 and find a sporterized model, what that really means is it’s an old military rifle that’s been converted into more of a civilian configuration.

Why would anyone do that? What the modern shooter may not appreciate is that getting a reliable, functioning gun wasn’t always the easiest proposition back in the day. The POTG of today are spoiled rotten. A plethora of reliable, accurate firearms are available for reasonable prices at every gun store in the country.

However, finding a reliable, accurate-enough rifle for a decent price point wasn’t that easy. One way to get one was to convert a military surplus gun.

The procedure was simple enough.

Stocks were usually the first modification. The cheap method was to just chop the stock, sand and shape so it looks like the typical bolt gun and refinish it. Or, if you were willing to throw a little more money into it, restock the action. In some instances, the barrel would be chopped as many military rifles had barrel lengths close to 30 inches.

Second was upgrading the optics. Some folks opted to keep the iron sights as they were and some choose to upgrade them. Or, the receiver would be drilled and tapped so a scope could be added. Due to the lack of real estate on the receiver, Mauser-pattern rifles would often have a scout scope installed over the tangent sight on the forend of the rifle.

Third, which was a little less common but still common enough, would be caliber conversions if so desired. Ammunition supplies in past eras not being what they are now, finding surplus ammo for military guns wasn’t always assured. Many guns were be re-chambered and re-barreled for .30-06, 7x57mm Mauser or .270 Winchester and other more popular chamberings of the day.

So, should you get a sporterized rifle?

Well, that depends. If you’re just looking for a ranch gun, something for your truck or a fun plinker, they can be great and inexpensive options. If, that is, you’re looking for a beater gun or something with some history. Some sporterized models can have cool stories behind them, if that’s your thing, and they can make for interesting pieces.

If you want an inexpensive, quality hunting rifle…honestly a Savage AXIS combo isn’t that much more. And it’d be tough to do better.

Do you have any cool old rifles in your collection? Or do you have a better recommendation for a newbie collector or rifle shooter? Let us know!