Our friends at the Bureau of Alcohol, Tobacco and Firearms stand accused of paying administrative employees extra cash that usually only applies to investigative field agents. A Whistleblower has come forward and described the allegedly fraudulent pay practices he says he uncovered while working in the ATF’s human resources department.

The whistleblower said some in administrative jobs at the agency were paid a special bonus known as law enforcement availability pay, or LEAP, even though they did not qualify. Government regulations stipulate the bonus is reserved for “criminal investigators” who are on call and expected to work unscheduled, additional hours.

According to the report, the LEAP payments boost salaries by as much as 25%. Here’s Catherine Herridge’s report . . .

That would constitute theft of tax dollars, which, when you think about it, really isn’t significantly different from the rest of the federal government’s daily operations.

An Office of Personnel Management audit concluded at least 94 employees were inappropriately classified. The office “suspended” the ATF’s ability to create certain jobs for “no less than six months,” saying the bureau may have engaged in “prohibited personnel practices.”

“If it’s true, then it’s a very significant amount of wasted tax dollars,” said former Senate investigator Jason Foster, who has spent his career supporting whistleblowers and reviewed CBS News’ findings. “It could be a waste of hundreds of millions of dollars if the same thing were happening throughout government.”

Note that at the beginning of the the report, Nora O’Donnell makes sure to poitn out that the ATF “has not a permanent director for the past six years, even as violent crime has soared nationwide.” The implication, of course, is that these kinds of shenanigans are more likely to happen in a three-letter federal bureaucracy without a firm hand at the top. The kind David Chipman, naturally, could have provided if only intransigent gun nuts hadn’t opposed and killed his nomination.

Of course, this whole thing will be written off as an unfortunate administrative error, a clerical snafu. After all, in a government that’s seriously considering throwing $3.5 trillion at remaking America, how much does a hundred million or so among a few civil service employees really matter? 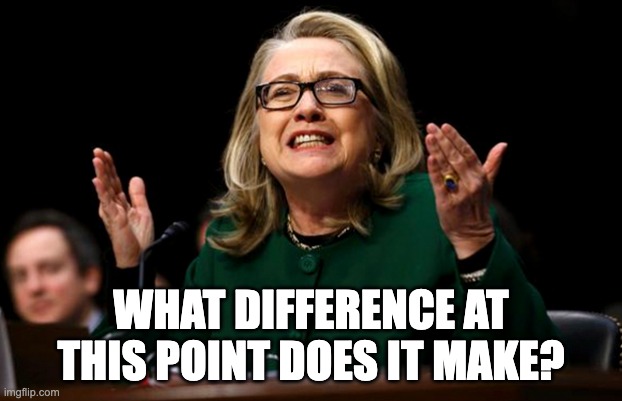